ONE of the world's first ever villages is also thought to be the first site documenting the catastrophic impact of a fragmented comet on a human settlement.

Archaeologists think the Tell Abu Hureyra site in modern day Syria was destroyed around 10,000 years ago by a huge chunk of space rock. 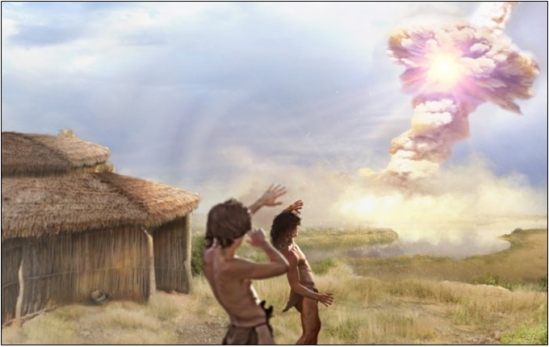 The site now lies under Lake Assad, which was formed after the creation of the Taqba Dam.

However, archaeologists were able to gather lots of evidence and remains from the site before it was lost underwater.

Abu Hureyra is so important as a site because it's thought to have been home to the earliest farmers in the world.

Experts think it was occupied sometime between 13,000 and 9,000 years ago with the inhabitants starting out as hunter-gathers and slowly turning their hands to farmer. 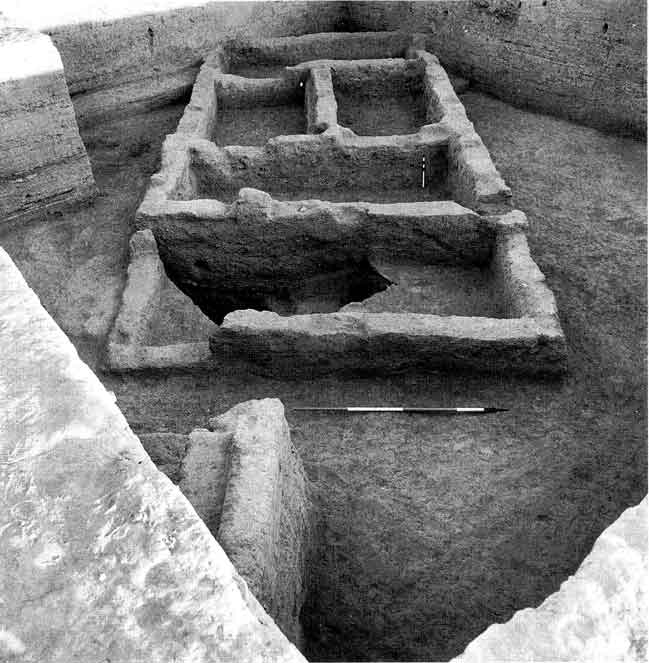 The site had to be excavated back in the 1970s but studies into the remains collected continued for the next decades.

Experts still haven't agreed upon why the site was abandoned and a destructive comet fragment, also known as a meteorite, is one possible explanation.

Amongst the cereal grains and animal bones, experts have also found a substance called meltglass.

This can only be formed at extremely high temperatures such as those associated with a violent cosmic impact.

James Kennett, a UC Santa Barbara emeritus professor of geology who recently studied the Abu Hureyra remains, said: "To help with perspective, such high temperatures would completely melt an automobile in less than a minute."

Kennett and his colleagues re-analysed some of the materials collected back in the 1970s and concluded that a meteorite must have impacted the village.

He said: "Our new discoveries represent much more powerful evidence for very high temperatures that could only be associated with a cosmic impact.

"The Abu Hureyra village would have been abruptly destroyed."

Such destruction would have occurred very quickly with heat and molten glass pouring over the entire early village.

Evidence of a fragmented comet impact around 10,000 years ago has also been found in sites across Europe, the Americas and parts of the Middle East.

This is known as the Younger Dryas Boundary and the YDB impact hypothesis is supported by many scientists.

Kennett concluded: "A single major asteroid impact would not have caused such widely scattered materials like those discovered at Abu Hureyra.

"The largest cometary debris clusters are proposed to be capable of causing thousands of airbursts within a span of minutes across one entire hemisphere of Earth.

"The YDB hypothesis proposed this mechanism to account for the widely dispersed coeval materials across more than 14,000 kilometers of the Northern and Southern Hemispheres.

"Our Abu Hureyra discoveries strongly support a major impact event from such a fragmented comet."

What's the difference between an asteroid, meteor and comet?

Here's what you need to know, according to Nasa…

In other news, a Super Worm Moon is set to appear in the sky this evening.

Nasa's Mars 2020 rover has officially been named Perseverance and will be blasted off to space in July.

And, Elon Musk plans to build a new Starship rocket every 72 hours to colonise Mars.

Do you worry about meteors hitting Earth? Let us know in the comments…