New York (CNN Business)Attorney General Merrick Garland says he will work to put the Justice Department’s new pledge against spying on journalists into regulation, so that the promise has some teeth.

Garland met with executives from CNN, The New York Times and The Washington Post on Monday afternoon in the wake of startling disclosures about the seizure of phone records from journalists at the three news outlets. Reporter email records were also seized in some cases.
The meeting was technically off the record, making the conversations private, but both sides made some brief comments afterward.

“We are very encouraged by everything we heard today,” Reporter’s Committee for Freedom of the Press executive director Bruce Brown told journalists afterward. 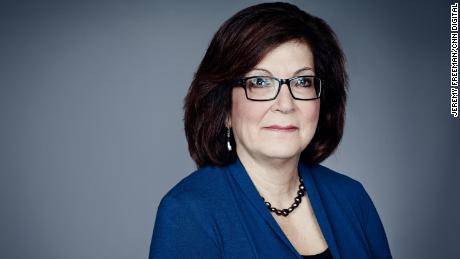 In effect the Biden administration is making a major shift from the past and saying it will not use subpoena powers to obtain reporters’ records and try to catch sources who leak information to them.

“As previously announced,” the DOJ said in a statement, “the department will no longer use compulsory process to obtain reporters’ source information when they are doing their jobs.”
The DOJ said the group “had a productive conversation about the need for new rules implementing the policy change” and said both sides “agreed on the need for strong, durable rules.”
“In the coming weeks,” the statement said, “the Attorney General will develop and distribute to the field a memo detailing the current policy. The Attorney General committed to working with members of the news media to codify the memo setting out these new rules into regulation.”
CNN Washington bureau chief Sam Feist and general counsel David Vigilante attended the meeting on behalf of CNN. Publisher A.G. Sulzberger and deputy general counsel David McCraw attended from The Times. Publisher Fred Ryan, executive editor Sally Buzbee and head of legal Jay Kennedy were there from The Post. Brown, of RCFP, was also in attendance.
Feist said on Sunday’s “Reliable Sources” that words alone from Garland would not be sufficient.
“What we’re asking the attorney general tomorrow is to try to bind future administrations,” Feist said. “Don’t just send a memo. Change policy.”
In effect, that’s what Garland said he would do, according to the department’s recap of the meeting.
“The Attorney General committed to working with members of the news media to codify the memo setting out these new rules into regulation,” the department’s statement said.
Brown spoke for the group of news executives and said they were able to voice, directly to Garland and seven other DOJ officials at the meeting, how this was an “existential crisis.”
Protecting confidential sources is of critical importance, “and that was made very, very clear by this group today in the meeting, and we felt like that message was received well,” Brown said.
CNN Pentagon correspondent Barbara Starr published an op-ed earlier Monday saying she was “genuinely horrified” to learn that there were secret court proceedings against her for months to seize thousands of her work emails.
Executives at CNN and The Times were both subjected to gag orders that lasted for months in relation to the proceedings — a move that has been decried by press freedom advocates.
“We were encouraged by Attorney General Garland’s statements but we will continue to push until our concerns are addressed,” Sulzberger said in a statement. 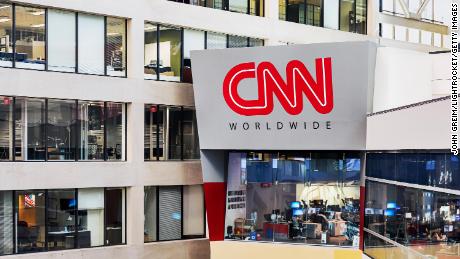 While the Biden-era DOJ is in cleanup mode now, there may be lingering skepticism about the government’s commitment to the matter, given the aggressive leak investigations that have occurred during both Democratic and Republican administrations.
But the conduct of the Trump-era DOJ has become a source of tension for the Biden-era DOJ, leading to Monday’s unusual meeting with Garland.

“Garland confronts long-building crisis over leak inquiries and journalism” was the way The Times depicted it over the weekend.
Reporter Charlie Savage pointed out that recent events have shown “how fragile the protections for journalism are in the 21st century.” And he noted that leak prosecutions don’t just imperil particular sources, “but can also frighten others with newsworthy information into staying silent.”
Source: Read Full Article