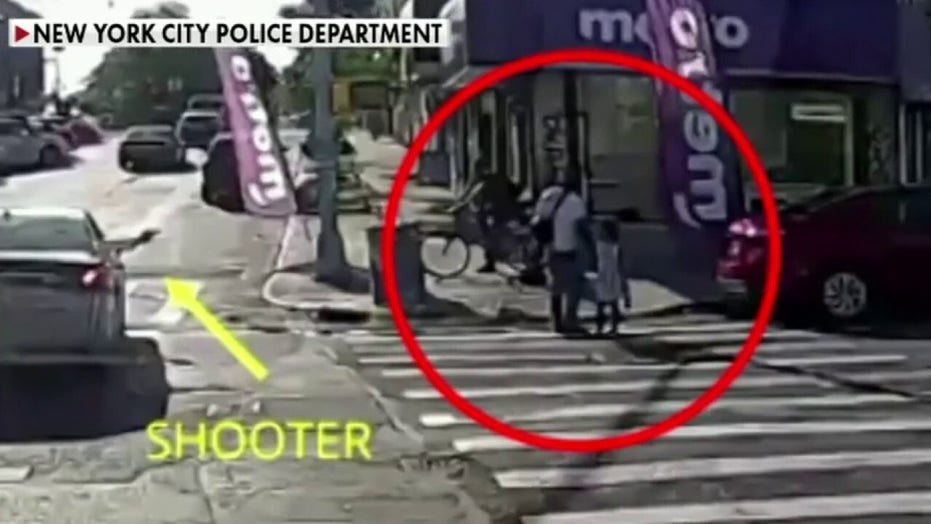 The Associated Press was mocked for claiming that “experts” are having trouble pinpointing the reasons for a recent surge in gun violence across American cities amid calls to defund the police.

The AP published a piece Wednesday headlined, “Exhausted cities face another challenge: a surge in violence,” which notes that recent gun violence that has killed several innocent children defies an easy explanation

“The spike defies easy explanation, experts say, pointing to the toxic mix of issues facing America in 2020: an unemployment rate not seen in a generation, a pandemic that has killed more than 130,000 people, stay-at-home orders, rising anger over police brutality, intense stress, even the weather,” AP reporters Tom Hays and Colleen Long wrote.

The piece went on to cite Atlanta Mayor Keisha Lance Bottoms and a Temple University criminal justice professor who apparently can’t pinpoint exactly why the violent surge is happening.

“Trump has seized on the violence for political gain, accusing Democrats of being weak and suggesting the crime wave is being driven by recent protests calling for racial justice, police reform and drastic cuts in law enforcement funding,” the report said.

The AP then reported that some police officials “say the recent bloodshed has shown there are consequences to some reforms they see as misguided, particularly on bail reform” and that New York Police Department Chief Terence Monahan recently said criminals are emboldened and feel cops can’t do anything to them. The AP report also notes that some police officers are scared to do their jobs amid the current climate. 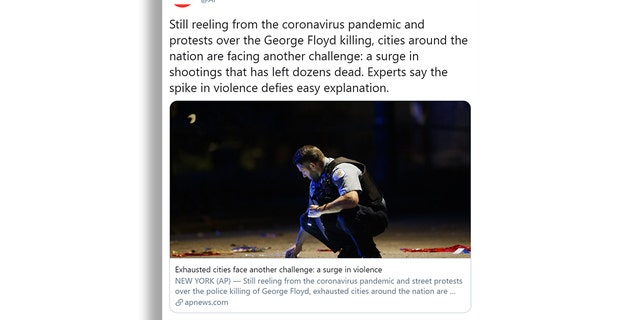 The article mentioned various reasons why gun violence could be surging, despite claiming that experts can’t pinpoint the specific reason. When the AP took to Twitter to promote the article, many critics noticed the bizarre claim.

“Still reeling from the coronavirus pandemic and protests over the George Floyd killing, cities around the nation are facing another challenge: a surge in shootings that has left dozens dead. Experts say the spike in violence defies easy explanation,” the AP tweeted to promote the article.