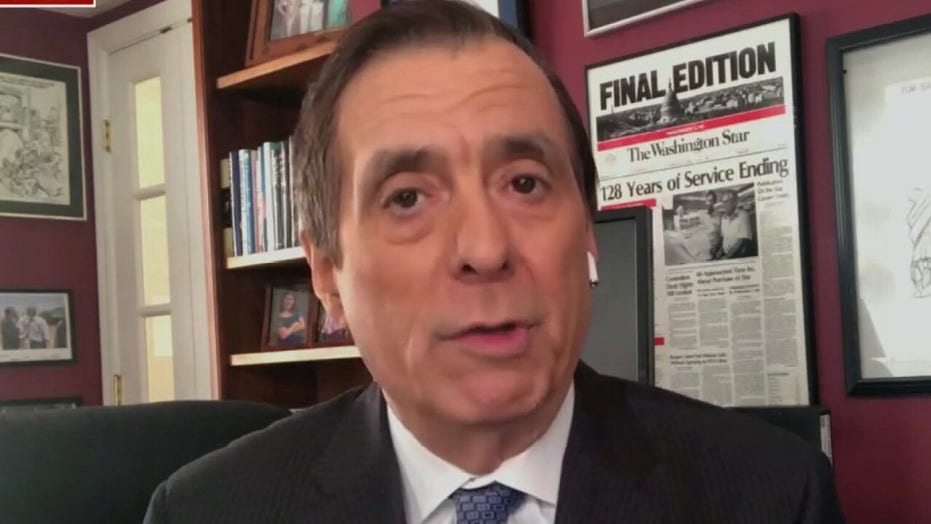 Back when LBJ was riding high with his Great Society, he used a military metaphor to declare a war on poverty.

While Lyndon Johnson made Medicare and Medicaid an unassailable part of the social safety net, the greatest surge in domestic programs since FDR’s New Deal could not make much of a dent in the intractable problems of poor people. Even at the height of 1960s liberalism, a rough consensus emerged that merely throwing dollars at problems was doomed to failure.

Three decades later, Bill Clinton felt compelled to proclaim that “the era of big government is over.”

Well, with the nearly $2-trillion bill that President Biden signed Thursday, it’s back. And so is a full-scale, unapologetic assault on poverty.

The difference, of course, is that the Biden bill comes in the midst of a devastating pandemic, which provided the political opening for such a gargantuan bill. And even with no GOP lawmakers supporting the measure, polls show the new law is popular, even with a third of Republicans.

But while the heart of the bill is aimed at the coronavirus, Democrats are being more candid now in hailing it as an effort to combat economic inequality. It’s the old Rahm Emanuel approach—”Never let a crisis go to waste”—on steroids.

The press is essentially behind this effort. Fighting poverty is a noble goal, and we’ve become numb to the fact that the country is sinking deeper and deeper into debt. When Republicans cut taxes, the media mindset is that too much of the benefits are skewed to the rich. When the Democrats hand out checks, it matches the journalistic view that government should help the downtrodden—and especially during this viral scourge, when so many people are hurting through no fault of their own.

In raw political terms, though, we are still living in the Great Society’s shadow. Many people, not all of them Republicans, came to resent that their tax dollars were being spent to subsidize poor people—which led Richard Nixon to shut down some of the programs and Ronald Reagan to warn against welfare queens. In election after election, the two parties battled over who could best help the middle class. Aiding poor folks, who voted in lower numbers, became unfashionable, which is why Clinton teamed with Newt Gingrich to pass welfare reform—with support from Senator Biden.

No one was more of a champion for the middle and working classes than Amtrak Joe, the guy from Scranton. In every legislative battle, including when he was vice president, he would ask, what’s the impact on factory workers, teachers, nurses and others who are fighting to keep their heads above water.

But with the Covid bill, Biden decided to go big, which happened to suit the party’s Bernie Sanders wing. And that’s how a law meant to bail out virus victims grew into a tide designed to lift those at the bottom.

The New York Times, in a highly favorable piece, says advisers describe Biden as “following progressives in his party to the left and accepting the encouragement of his inner circle to use Democratic power to make sweeping rather than incremental change. He has also been moved by the inequities in pain and suffering that the pandemic has inflicted on the poorest Americans.” The president is cast as “presiding over a historic health crisis that has vastly increased the number of poor Americans.”

And by providing tax credits to families of up to $3,600 per child, the Democrats are touting a major reduction in childhood poverty—and the president wants to make that permanent. If that happens, says former Senate Democratic leader Tom Daschle, Biden could be viewed as “the LBJ for low-income families.”

The Times did run an accompanying piece reminding readers that “there are plenty of perks for the middle class, too.”

A Washington Post story offers a broader view, saying the Democrats’ end-zone dance “seemed to confirm — even endorse — GOP complaints that the sprawling bill does more to address long-held liberal priorities than attack the twin economic and health-care crises brought on by the coronavirus pandemic.”

The paper quotes a Republican congressman, Tom Rice, as calling the bill a “selfish attempt to saddle our next generation with debt,” filled with “progressive payouts that we the people did not order.” And the Post stresses the temporary nature of the relief, saying without further action child poverty will double next year—a point the Democrats will undoubtedly emphasize.

What we’re seeing is a fundamental difference in media coverage. When Donald Trump and George W. Bush cut taxes—saying they wanted people to keep more of their own money—the press reflexively argued that these bills favor business and the wealthy at the expense of those further down the ladder.

When Barack Obama and Biden push stimulus bills (which can also include tax cuts), the default setting is praise for steering benefits to the middle class—and, in this case, the poor. When the pundits say “not since LBJ,” they mean it as a high compliment.