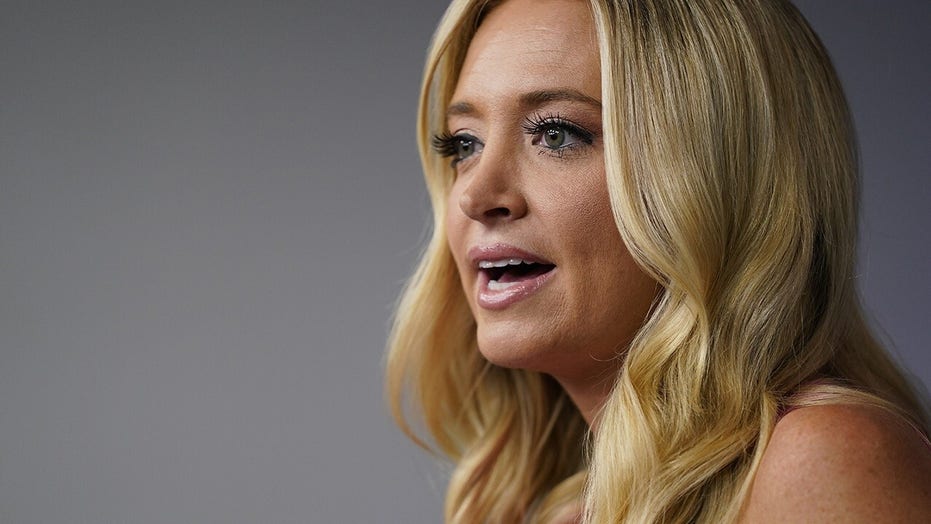 Kayleigh McEnany: Trump has never lied to the American public about the virus

White House Press Secretary Kayleigh McEnany responds to the Washington Post report on Trump telling journalist Bob Woodward that he knew the coronavirus was ‘deadly’ and worse than the flu during a briefing.

White House press secretary Kayleigh McEnany defended President Trump on Wednesday after a book by journalist Bob Woodward claimed Trump said he knew the coronavirus was “deadly” but went to great lengths to downplay the virus in public.

“The president just days after having this discussion with Bob Woodward, said this from this podium, on March 30, he said, ‘I do want them to stay calm, we are doing a great job, if you look at the individual statements they are all true, stay calm, it will go away but it's important to stay calm,’” the press secretary said. “So this president does what leaders do — good leaders — it’s stay calm and resolute at a time when you face an insurmountable challenge.”

According to Woodward, as recounted in The Washington Post, the president received a warning from national security adviser Robert O’Brien on Jan. 28 that the coronavirus epidemic would be the “biggest national security threat” of his presidency.

“The president reportedly told Woodward in a Feb. 7 call, 'You just breathe the air and that’s how it’s passed. And so, that’s a very tricky one. That’s a very delicate one. It’s also more deadly than even your strenuous flu,’” The Post reported.

“This is deadly stuff,” the president added.

But on Feb. 26, Trump told Americans that coronavirus is "like a flu."

"This is a flu. This is like a flu," the president said in a briefing. "It's a little like a regular flu that we have flu shots for. And we'll essentially have a flu shot for this in a fairly quick manner."

The quotes came from recordings from Woodward conversations with Trump available on the Post’s website. On why Trump sat down with Woodward, McEnany said Wednesday it was because he has been the “most transparent president in history.”

Trump on March 19 told Woodward, “I wanted to always play it down.” He had declared a national emergency over the virus days earlier, but also said, “I still like playing it down, because I don’t want to create a panic.”