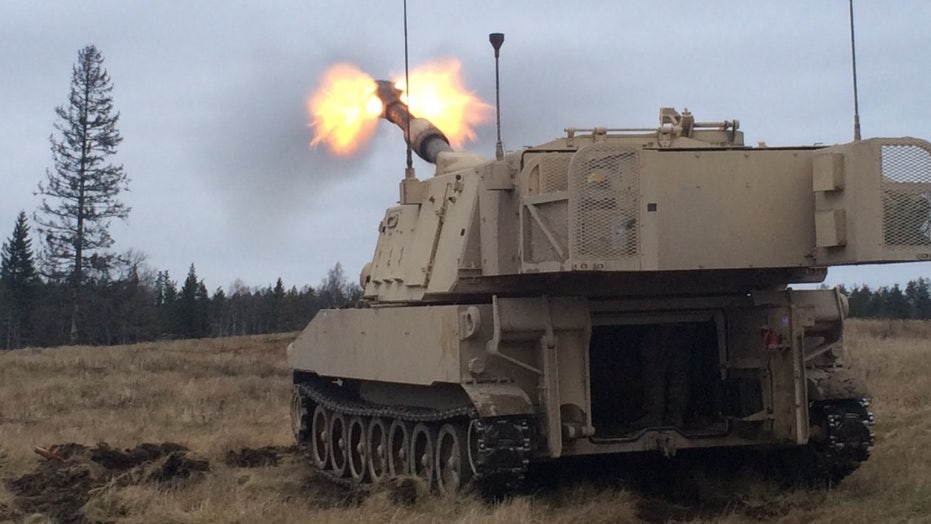 In an amazing first, an artillery cannon took out a cruise missile.

An M109 Paladin 155 mm howitzer made history recently by shooting down a fast-moving maneuvering cruise missile with a “hypervelocity projectile” able to travel at speeds up to Mach 5, according to an Air Force announcement. Historically, armored vehicles such as tanks, howitzers or infantry carriers have not operated with an ability to destroy fast-moving, long-range cruise missiles, yet the successful demonstration breaks new ground.

CHINA WILL DOUBLE ITS ARSENAL OF NUCLEAR WARHEADS, REPORT SAYS

In development for several years now, ABMS represents an Air Force technical initiative to engineer a “meshed” network of otherwise disconnected sensor “nodes” throughout a theater of combat operations. While an Air Force program, the effort is intended by all estimations to inform the Pentagon’s broader Joint All Domain Command and Control (JADC2) technological system. 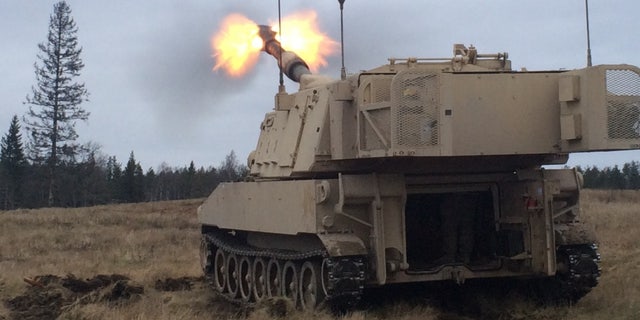 The concept with JADC2 is to integrate sensor-to-shooter capabilities across air-land-sea-space and cyber domains in real-time, decreasing latency, expediting attacks and bringing new dimensions to “joint warfare.”

“Future battlefields will be characterized by information saturation. One of the key objectives of this onramp was to present a dizzying array of information for participants to synthesize, just like they would see in a real operation,” Dr. Will Roper, assistant secretary of the Air Force for acquisition, technology and logistics, said in an Air Force report.

Firing a hypervelocity projectile (HVP) from an artillery cannon is a concept that has been under development for many years, dating back to Roper’s time directing the Pentagon’s Strategic Capabilities Office. The origins of the HVP can be traced to the Navy’s Rail Gun developmental effort as well as initiatives intended to explore firing the HVP from deck-mounted guns on Navy surface ships.

Due to its ability to reach speeds of up to 5,600 miles per hour, the hypervelocity projectile is engineered as a kinetic energy warhead, meaning no explosives are necessary. It can travel at speeds up to 2,000 meters (6,562 feet) per second, a speed which is about three times that of most existing weapons. The weapon brings such force, power and range that could hold enemies at risk from greater distances and attack targets with the kinetic energy force equivalent to a multi-ton vehicle moving at 160 miles per hour, developers have said.

The success of the shoot-down, Roper added, relied upon the integration of artificial intelligence (AI)-enabled data analytics increasingly able to gather, organize and analyze data with great reliability in a near-instantaneous fashion. So not only will air-sea-and land targeting sensors have an ability to exchange information across otherwise disparate information systems, but AI-enabled algorithms can gather the data, perform near real-time analytics and efficiently distribute organized information where needed.

“This compelled commanders and operators to trust data analytics and artificial intelligence to understand the battle. Valuing data as an essential warfighting resource, one no less vital than jet fuel or satellites, is the key to next-gen warfare,” Roper said.

Cloud computing, Roper added, is among a series of AI-integrated technologies now ready for combat.

AI-empowered algorithms can gather information and bounce new data off of a nearly limitless database to establish comparisons, identify items of relevance, perform analyses, solve problems and efficiently organize problem-solving “data.” The success of this relies upon a number of variables, including increased reliability of algorithms programmed to identify patterns, recognize essential indicators and provide the necessary context.

Kris Osborn is the Managing Editor of Warrior Maven and The Defense Editor of The National Interest.