Martin Lewis has offered important help to people, particularly during the coronavirus crisis, which has had severe financial implications for many people. While his Money Saving Expert website is particularly popular, Martin this time used his Money Show on ITV to provide the most up-to-date information. Payment holidays have been a concern for many people who have been financially affected by the coronavirus crisis.

Whether it be furlough, job loss or redundancy, huge swathes of the country have been driven to temporarily freeze their payments.

While the reprieve has helped, and the extension of this policy has been welcomed, Martin has warned those considering a holiday to bear certain things in mind.

These aspects are likely to have an effect on finances in the long-term so it is important to pay attention. 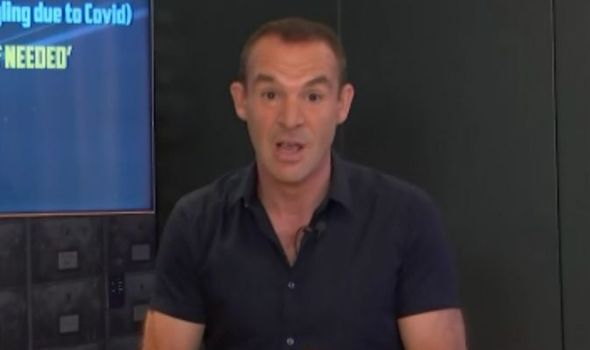 He said: “My big message on payment holidays is this: if you need one, do it – it is far better than killing your finances and struggling.

“But only do it if it is needed, for two reasons. One is that this is a deferment, you still have to pay it and the interest is often expensive.

“Two, while it doesn’t go on your credit file, it can affect future credit applications and you don’t want that unless you have to.

“You can do a partial holiday, but I’d also suggest you doing a balance transfer on a credit card – shift the debt to make it cheaper.”

The Money Saving Expert also drew attention to overdrafts, which many people may need to temporarily manage their finances.

He drew attention to the fact interest-free overdrafts of £500 had also been extended by many providers, and urged Britons to consider their options.

The FCA announced a new three-month extension to payment holidays last week, with many people considering taking up the measure.

The measure was previously brought in for borrowers in April, and over one million Britons took the financial body up on the offer. 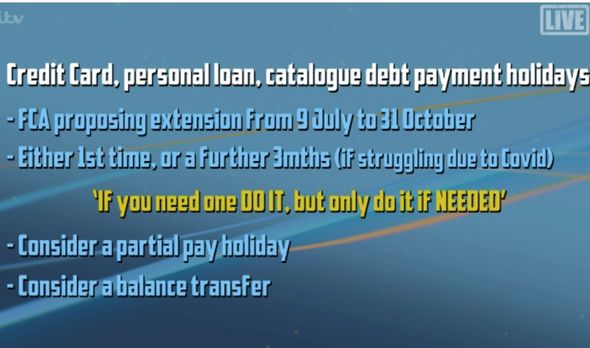 At the time, Interim Chief Executive Office of the FCA, Christopher Woolard, said: “Where consumers can afford to make payments, it is in their best long-term interest to do so, but for those who need help, it will be there.”

Interest free overdrafts have also been extended by an additional three months.

This means all financial assistance of this kind will be available to customers until October 21.

The FCA said it had been working closely with lenders and debt charities in supporting those with tough financial circumstances throughout the crisis. 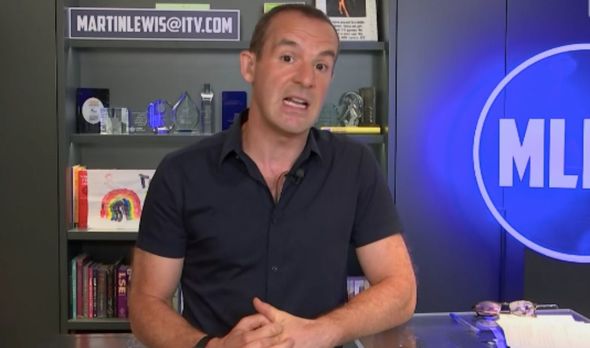 Payment holidays of all kinds have recently soared to record levels according to data from UK Finance.

Nearly two million mortgage payment holidays have been granted to people across the country in an effort to assist with the fallout of the crisis.

Members of the trade association have said they have offered 27 million interest-free overdraft buffers to customers.

Many debt charities have called for continued support and guidance for those financially affected by the crisis.

Martin Lewis is the Founder and Chair of MoneySavingExpert.com. To join the 13 million people who get his free Money Tips weekly email, go to www.moneysavingexpert.com/latesttip