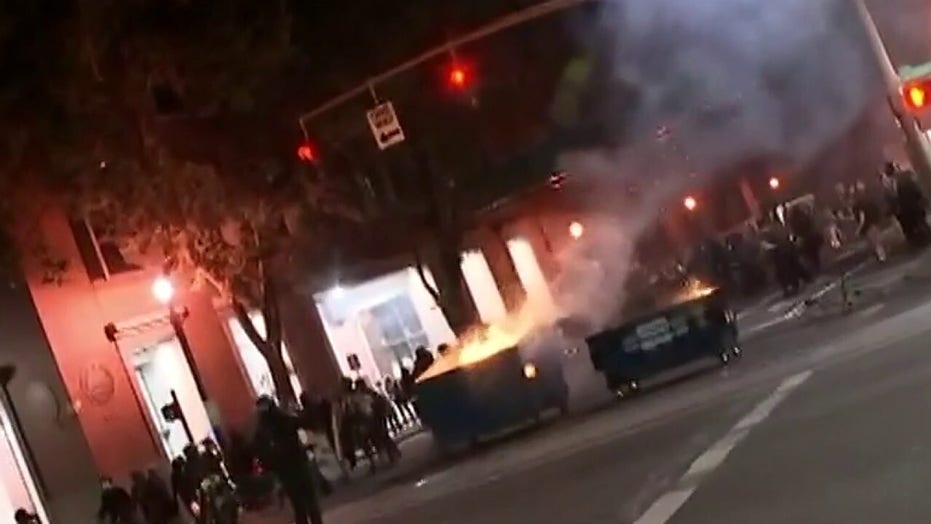 Manhunt underway for suspect who led assault on truck driver; reaction on ‘Outnumbered.’

A Tennessee lawmaker whose family was steeped in the civil rights movement said he's "appalled" by comparisons between the peaceful protests that Martin Luther King Jr. led and the destructive demonstrations that have broken out across the nation today.

"I'm appalled when folks want to call this stuff that's happening now and compare it to the civil rights movement when there is absolutely no comparison," state Rep. John J. DeBerry, Jr., a longtime Memphis Democrat who is Black, told Fox News.

DeBerry noted King's Christian faith that rooted his convictions and the decorum of the marchers of the civil rights movement in the 1960s.

"They put on their shirts and their ties and their Sunday dresses, as they called them, they looked the part," said DeBerry, who is running for reelection as an independent after his party dropped him. "I'm not saying there was a dress code. I'm saying that they were going to dispel any stereotype that might be thrown at them. They were going to be men and women of class and of character."

Now, DeBerry sees just the opposite and wonders whether the demonstrations are set on "building or destroying" the country.

"It's like we're trying to live up to the worst of stereotypes, the worst of behavior, the worst of perceptions," DeBerry said of today's unrest. "And it's heartbreaking to think that folks think that burning and looting and stealing … That these things build camaraderie and a good opinion." 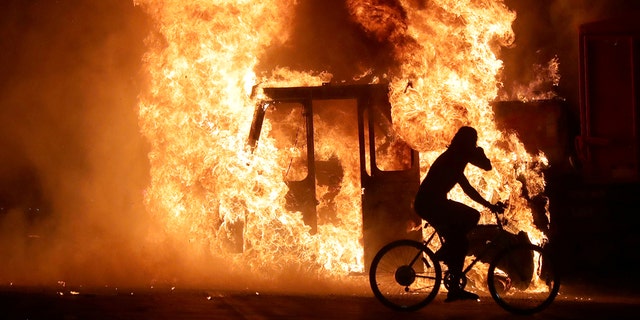 DeBerry, who attended King's "I've Been To The Mountaintop” speech in Memphis, made a fiery speech before the Tennessee Legislature earlier this month to denounce violence and destruction taking hold in U.S. cities in the name of racial unrest and demands for social justice.

"The only reason I stood up is because there was a continual reference to Dr. King and to others of the era of the civil rights movement," DeBerry, 69, said. People were saying today's protests "were like a new civil rights movement. I felt compelled to speak because I was there."

DeBerry said he was present to hear King make his last speech in Memphis.

"This is so different. Dr. King's entire platform was nonviolent protest," DeBerry added. He was specifically describing the movement King led, as opposed to the violent riots that did break out in American cities in 1968 after King was assassinated.

DeBerry's comments come as protesters gather in Washington on Friday to commemorate the anniversary of the March on Washington in 1963 where King delivered his famous "I Have a Dream speech" before the Lincoln Memorial. On Friday, the speakers of the march were family of Black Americans recently killed or shot by police, including relatives of George Floyd and Jacob Blake. 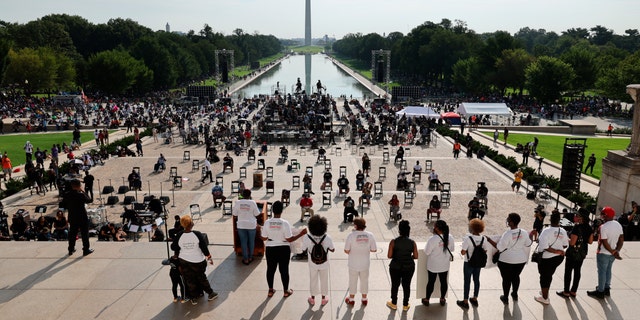 Floyd's death over Memorial Day prompted Americans of all races to take to the streets in droves to demand racial justice and police reform. But in the days and weeks since, some of these demonstrations have devolved into destruction, with fires being set, looters ransacking businesses, people tearing down statues and violent altercations between law enforcement and rioters. And just this week two protesters were killed in Kenosha, Wis., when an armed pro-law enforcement teenager allegedly opened fire. His attorney says he acted in self-defense.

SEN. RAND PAUL THANKS DC COPS FOR SAVING HIM FROM 'CRAZED MOB' AFTER RNC

"I think that we have crossed the line," DeBerry said. "I believe that peaceful protests end peacefully. And if it doesn't, then somebody should be held accountable — be that the policeman, or authority figures, or the protesters … When you start destroying other folks' property, you have gone beyond what you have a right to do."

DeBerry said his father, a Korean War veteran, helped establish the NAACP in Crocket County Tennessee and worked with the Southern Christian Leadership Conference during the civil rights movement. His parents successfully fought to desegregate Crockett County Schools in 1968 and DeBerry and his siblings were the first Black children to go to Alamo's high school, he said.

DeBerry and his family traveled to Memphis to march with protesting sanitation workers and his father carried an "I am a Man" sign. They attended King's "Mountaintop" speech, his final address before his assassination, he said.

"It was very, very upsetting and traumatic when the very next day, he was shot down," DeBerry said. "We were right in the middle of it."