Fox Nation will be the new exclusive domestic distributor for the long-running series, COPS. Subscribe to the streaming service to watch the hit series reboot this October.

Fans of the hit show, COPS, rejoice — the 32-season documentary reality legal program that aired on FOX in March of 1989 and wrapped in 2020 on the Paramount Network (formerly Spike TV) has been greenlit to return to Fox Nation this Fall.

The series, which will see its revival with a Season 33 this October, follows city police officers across the country during patrol, calls for service, and other police activities. The show has also featured both state and federal agencies, including U.S. Customs and Border Protection and the United States Marshals Service.

WHAT TO WATCH: MAKE IT A SEPTEMBER TO REMEMBER WITH NEW FOX NATION CONTENT

Fox Nation, the streaming service complement to Fox News Channel, has announced it will inherit the rights to the series after it was canceled in the wake of the George Floyd protests. Fans will be able to catch up on the latest season before watching the new, 33rd installment. The 8-episode revival season is slated to air on Friday, October 1, with Fox Nation releasing four episodes for fans to binge. Each Friday thereafter, an additional episode will be released until Friday, October 29.

In making the announcement, Fox Nation President Jason Klarman said, “COPS is one of the most iconic brands on television with an incredibly passionate fan base. We wanted to show our appreciation to all first responders by combining the launch with a free one-year subscription to give back in a small way to those who place their lives on the line every day to keep us safe.” 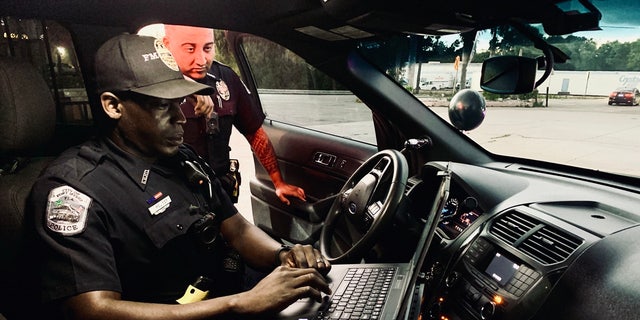 COPS is the recipient of four primetime Emmy nominations. In 1993, it earned the American Television Award for Best Reality-Based Program. Sign up on Fox Nation to watch the reboot this October.

Active First Responders currently working as Police, EMS, or firefighters can enjoy one year of Fox Nation content for free! Click here to get your free Fox Nation subscription today.