LONDON Underground passengers will be able to get 4G internet on their phones from Tuesday, March 18.

It means travellers can access the web, send text messages and even make phone calls. 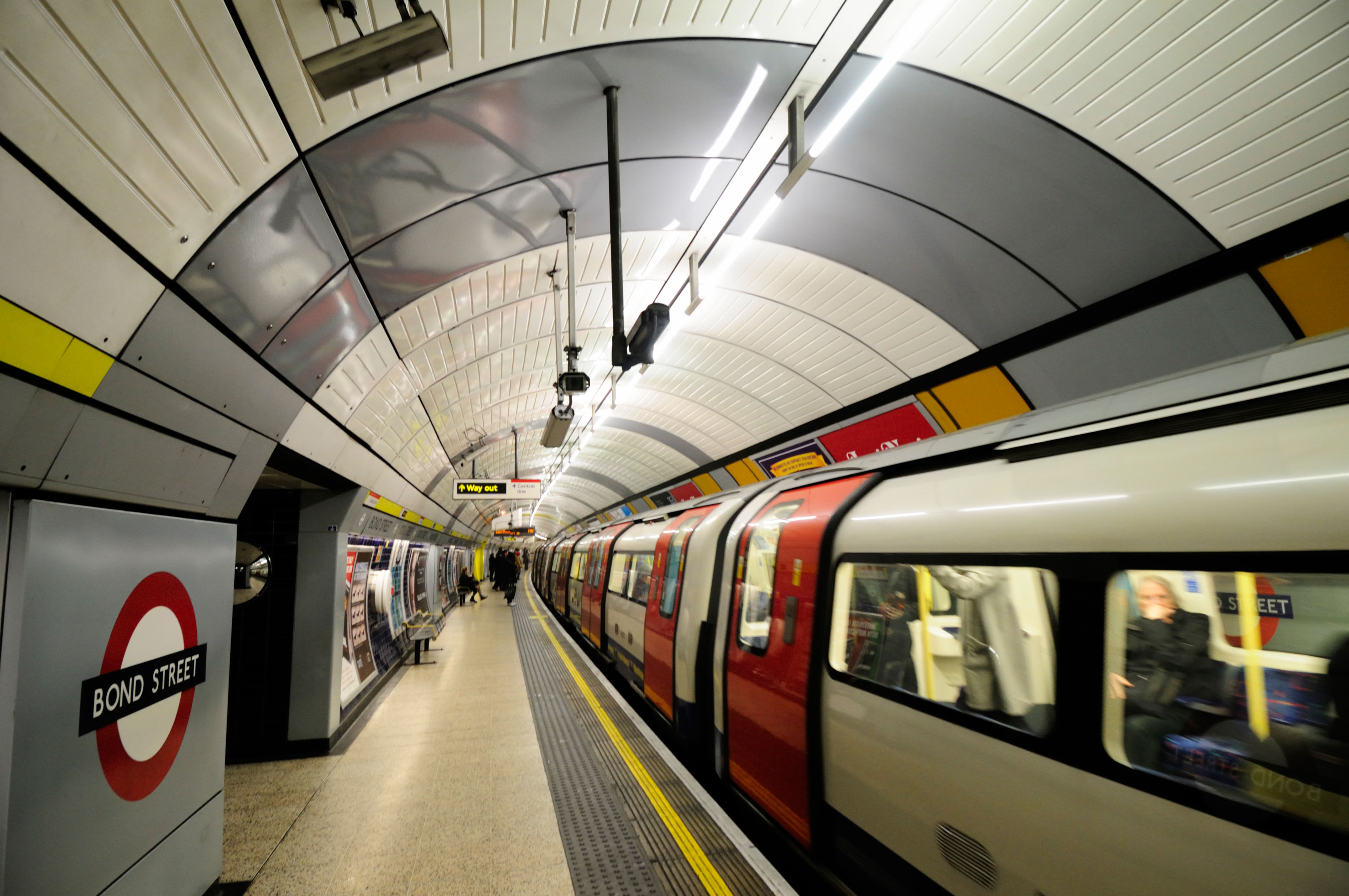 All customers with EE, O2, Three UK and Vodafone, including those on virtual operators who use their services will be able to connect to the signal from today.

The news comes as Transport for London announces it's running a "Saturday service" on weekdays due to the coronavirus outbreak.

TfL says that the new 4G service will only be available on a central section of the Jubilee Line for now.

But there are plans to expand the service over a much wider network. 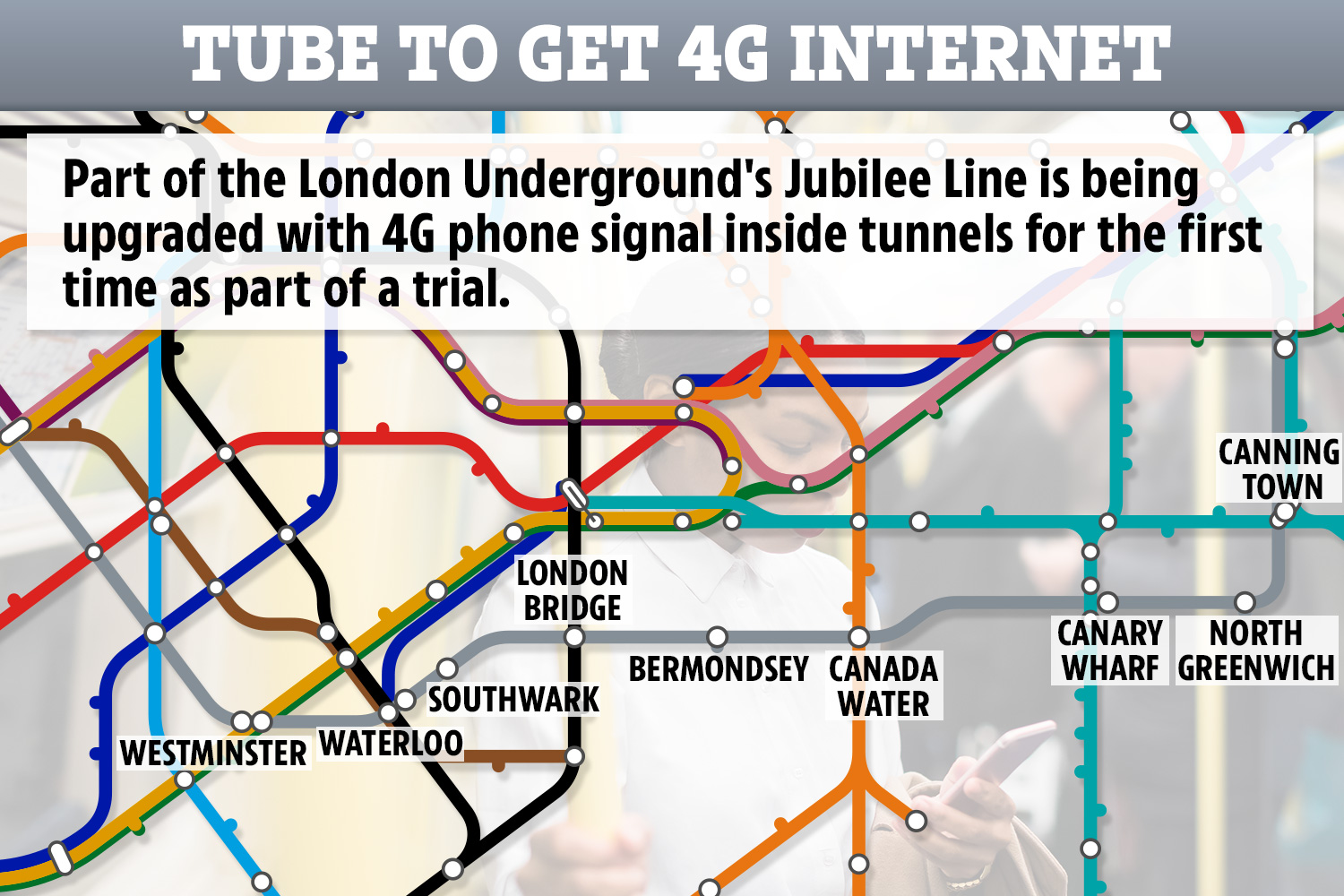 The upgrade means that Tube lines of the future may be plagued by commuters and tourists making loud phone calls during transit.

Transport for London – which manages the Tube network – said that the first trial will begin in the middle of next year.

However, not all lines will benefit at launch: only a section of the Jubilee Line will receive the upgrade to begin with.

TfL says that the trial section will run between Westminster and Canning Town on the Jubilee Line.

However, two of the busiest stations – London Bridge and Waterloo – will be excluded from the trial.

However, TfL says that both stations will receive 4G internet later in 2020, pending approval.

And other busy stops on the Jubilee Line fall outside of the trial stretch, including shopping hubs Bond Street and Stratford.

For areas where 4G is available, the high-speed signal will be offered in ticket halls, corridors and tunnels.

"The project bring much needed service to commuters across London," said Derek McManus, COO at O2.

"We're proud to be working with TfL and other mobile network operators to bring connectivity to where our customers need it most.

"And we are excited to see the future potential of this project as it expands across the tube network."

Marc Allera, CEO of BT’s consumer division, said: "This is a big step for both connectivity, and for London," said Marc Allera, who heads up BT (which owns EE).

"We’re looking forward to seeing how our customers use 4G on the Underground – it’s a big step forward for keeping entertained, and keeping in touch.

"We know how valuable that is, and this switch on aims to pave the way for a wider rollout across the Underground."

Wi-Fi signal is not available in underground tunnels, however.

Importantly, the capital's aged underground railway has lagged behind rival metro systems around the globe.

Mobile coverage on underground trains is already available in cities like Paris, Berlin, Barcelona and Tokyo.

TfL estimates that the London Tube upgrade will require over 1,200 miles of cabling – with engineers expected to work night shifts to minimise disruption.

If you're a regular Underground traveller, take a look at our London Night Tube map.

Amazing vintage pictures of the London Underground reveal what tube travel was like when the capital has just a few million residents.

And read about the most annoying things tourists do on the London Underground.

Will you be using 4G on the tube? Let us know in the comments!