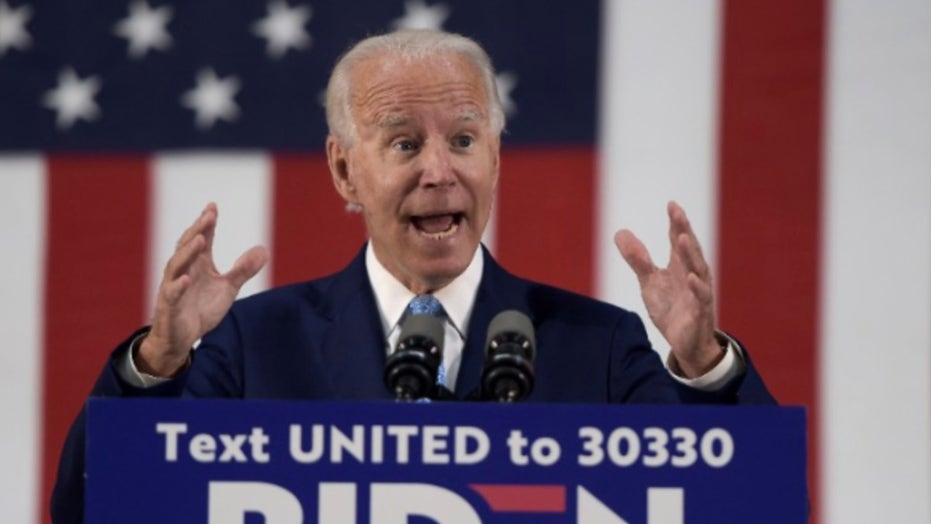 Former Vice President Joe Biden tweeted Sunday: “We’re going to beat Donald Trump. And when we do, we won’t just rebuild this nation – we’ll transform it.”

One thing all of those definitions have in common is the word “change.” Biden wants change because he says he is fighting for the soul of our nation.

But can Democrats actually get the change they’re seeking? Are they united enough to bring about such change? I believe they can.

Many people claim a civil war is raging within the Democratic Party between progressives (critics call them radical leftist extremists) and the more moderate centrist Democrats.

At first glance, this civil war scenario might be easy to believe. But dig a little deeper and you will see that both the far-left Democrats (epitomized by Rep. Alexandria Ocasio-Cortez of New York) and the old guard Dems (epitomized by House Speaker Nancy Pelosi of California and Biden) can unite to get things done.

Some point to the divide in the Democratic Party when they look at recent primaries, in which self-proclaimed progressives (many of them African Americans) defeated moderate incumbents in several races. One such example is Jamaal Bowman, who won a primary victory over Rep. Eliot Engel, who has represented New York’s 16th Congressional District for three decades.

Like many in the Democratic Party, I would prefer to see red seats being flipped to blue, rather than blue seats being flipped by a Democrat. But the evolution of the party is inevitable as a younger generation replaces an older one in party leadership and the electorate. Biden, Pelosi and other centrist Democrats are aware of this.

Do all Democrats think alike? Of course not, any more than all Republicans do. But it’s an exaggeration to say Democrats are engaged in a civil war. They are united in their determination to defeat Trump in November. And progressives and centrists understand they need to work together to reach compromises in areas where they aren’t in complete agreement.

Biden and his allies have met with some of the leading progressives within the Democratic Party to talk about issues that matter dearly to the far left, such as climate change.

The two sides are quietly forging common ground to shape a climate plan before November. Biden has proposed a $1.7 trillion plan with the goal of eliminating the country’s net carbon emissions by the year 2050 and achieving 100 percent clean energy in the process.

On the issue of America’s response to the deadly coronavirus pandemic, Democrats are united as can be in rejecting Trump’s failed leadership, false claims and efforts to downplay the severity of the disease COVID-19.

Democrats want to fight the pandemic with a national policy that relies on the advice of scientists and medical professionals, and accepts the need to social distance, wear masks and take other precautions.

Democrats believe “we’re all in this together” and want a president who leads a national effort to respond to COVID-19 – unlike Trump, who passes the buck to each state, criticizes governors and mayors, and endlessly praises himself for doing everything absolutely perfectly, despite the fact that the pandemic has claimed more than 130,000 lives in the U.S.

In addition, Democrats are united about how we should respond to the economic harm the pandemic has caused as the result of business closures and workers losing their jobs. Democrats want a new stimulus package that will help ordinary Americans keep their homes, feed their families and pay their other bills in the face of the worst economic crisis since the Great Depression.

And on the issue of systemic racism and the police, Democrats are united in the belief that black lives matter and that racism can’t be tolerated.

Most Democrats don’t want to shut down police departments – they want to reform the police so police do a better job carrying out their duties. That means better training for police on how to defuse violent confrontations and giving some police responsibilities – such as dealing with mentally ill people – to other agencies better equipped to handle situations not involving crimes.

Democrats support peaceful protests. But despite the claims of President Trump and Republicans, Democrats don’t support looting and other criminal behavior – and certainly don’t want to see the destruction of American society.

Republicans are hoping that Democrats will once again be fragmented and divided, as we were in 2016. That divide hurt Hillary Clinton and enabled Trump to win the presidential race in the Electoral College, despite Clinton getting about 3 million more popular votes.

Democrats know our history and learn from our mistakes. This November we will be united to achieve our most important goal: sending Trump into political retirement.