Lani Guinier, a civil rights lawyer and scholar whose nomination by President Bill Clinton to head the Justice Department’s civil rights division was pulled after conservatives criticized her views on correcting racial discrimination, has died. She was 71.

Guinier died Friday, Harvard Law School Dean John F. Manning said in a message to students and faculty. Her cousin, Sherrie Russell-Brown, said in an email that the cause was complications due to Alzheimer’s disease.

Guinier became the first woman of color appointed to a tenured professorship at Harvard Law School when she joined the faculty in 1998. Before that she was a professor at the University of Pennsylvania’s law school. She had previously headed the voting rights project at the NAACP Legal Defense Fund in the 1980s and served during President Jimmy Carter’s administration in the Justice Department’s civil rights division.

“I have always wanted to be a civil rights lawyer. This lifelong ambition is based on a deep-seated commitment to democratic fair play — to playing by the rules as long as the rules are fair. When the rules seem unfair, I have worked to change them, not subvert them,” Guinier wrote in her 1994 book, “Tyranny of the Majority: Fundamental Fairness in Representative Democracy.” 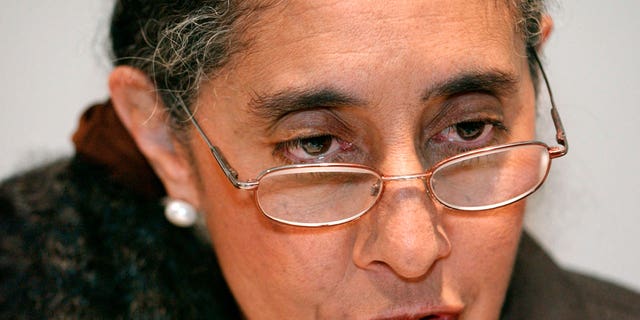 Clinton, who knew Guinier from their days attending Yale’s law school, nominated her to the Justice Department post in 1993. But Guinier, who wrote as a law professor about ways to remedy racial discrimination, came under fire from conservative critics who called her views extreme and labeled her “quota queen.”

Guinier said that label was untrue, that she didn’t favor quotas or even write about them, and that her views had been misrepresented.

Clinton, in withdrawing her nomination, said he hadn’t read her academic writing before nominating her and would not have done so if he had.

In a press conference held at the Justice Department after her nomination was withdrawn, Guinier said, “Had I been allowed to testify in a public forum before the United States Senate, I believe that the Senate also would have agreed that I am the right person for this job, a job some people have said I have trained for all my life.” 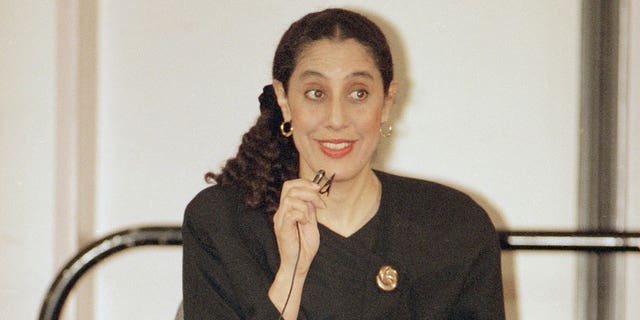 Lani Guinier speaks at the annual meeting of the American Society of Newspaper Editors, April 13, 1994, in Washington. Guinier, a pioneering civil rights lawyer and scholar whose nomination by President Bill Clinton to head the Justice Department’s civil rights division was pulled after conservatives labeled her "quota queen," has died at 71.
(AP Photo/Charles Tasnadi, File)

Guinier said she was “greatly disappointed that I have been denied the opportunity to go forward, to be confirmed, and to work closely to move this country away from the polarization of the last 12 years, to lower the decibel level of the rhetoric that surrounds race and to build bridges among people of good will to enforce the civil rights laws on behalf of all Americans.”

She was more pointed in an address to an NAACP conference a month later.

“I endured the personal humiliation of being vilified as a madwoman with strange hair — you know what that means — a strange name and strange ideas, ideas like democracy, freedom and fairness that mean all people must be equally represented in our political process,” Guinier said. “But lest any of you feel sorry for me, according to press reports the president still loves me. He just won’t give me a job.” 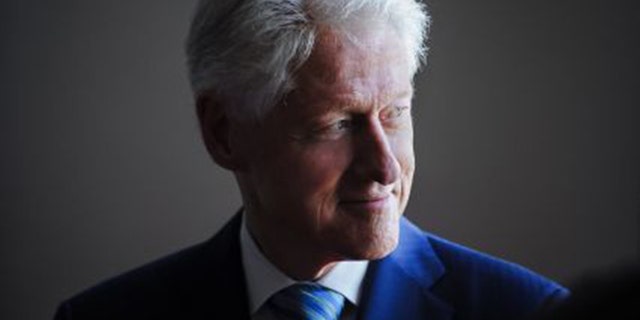 Manning, the Harvard law dean, said: “Her scholarship changed our understanding of democracy — of why and how the voices of the historically underrepresented must be heard and what it takes to have a meaningful right to vote. It also transformed our understanding of the educational system and what we must do to create opportunities for all members of our diverse society to learn, grow and thrive in school and beyond.”

Penn Law Dean Emeritus Colin Diver, whose time as dean overlapped with Guinier’s time on the faculty, said she “pushed the envelope in many important and constructive ways: advocating for alternative voting methods, such as cumulative voting, questioning the implicit expectations of law school faculty that female students behave like ‘gentlemen,’ or proposing alternative methods for evaluating and selecting applicants to the law school.”

Carol Lani Guinier was born April 19, 1950, in New York City. Her father, Ewart Guinier, became the first chairman of Harvard University’s Department of Afro-American Studies. Her mother, Eugenia “Genii” Paprin Guinier, became a civil rights activist. The couple — he was Black and she was white and Jewish — was married at a time when it was still illegal for interracial couples to marry in many states.

“My mom deeply believed in democracy, yet she thought it can work only if power is shared, not monopolized. That insight informed everything she did, from treating generations of students as peers to challenging hierarchies wherever she found them. I miss her terribly,” her son wrote in an email.

Other survivors include a stepdaughter, daughter-in-law and granddaughter.