House Minority Leader Kevin McCarthy on Thursday night swore off any endorsement from the U.S. Chamber of Commerce (USCC) after reports that it is planning to support a number of freshman congressional Democrats for reelection.

The USCC, known as one of the most powerful pro-business lobbying organizations in the United States, traditionally supports Republicans as that party in the past has backed policies including less regulation and lower taxes. But it has supported Democrats whose votes line up with its priorities in the past, and this election cycle will be backing 23 first-term House Democrats for reelection, according to The Hill.

"I don’t want the US Chamber’s endorsement because they have sold out," McCarthy, R-Calif., said on "Lou Dobbs Tonight" Thursday. "It is hypocrisy that the U.S. Chamber of Commerce would endorse the Democrats that are part of this socialist agenda that is driving this country out, and it's fighting this president." 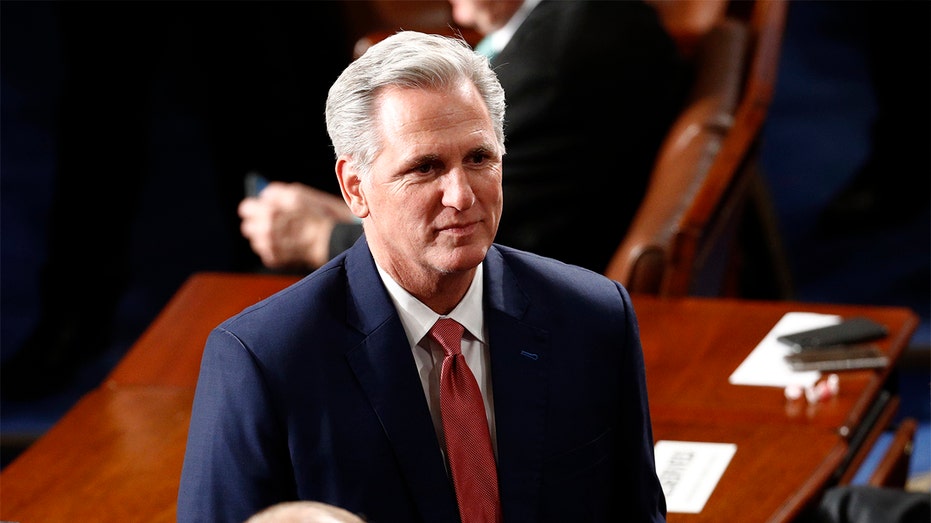 Rep. Kevin McCarty, R-Calif., arrives before President Donald Trump delivers his State of the Union address to a joint session of Congress on Capitol Hill in Washington, Tuesday, Feb. 4, 2020. McCarthy swore off any endorsement from the U.S. Chamber

McCarthy added: "Remember, these are the people that are voting for impeachment. When this president has done so much for this nation… built us the strongest economy ever."

According to The Hill, the USCC is also set to back 29 first-term Republicans who are running for reelection. The lobbying group has not officially released its endorsements yet.

The move to support some Democrats by the USCC, which calculates its endorsements largely based on how frequently members of Congress support chamber-backed legislation, has drawn at least some pushback from the right-leaning factions within the pro-business lobbying group, according to Politico.

Chad Warmington, the president of the State Chamber of Oklahoma, wrote a letter to the national organization opposing its reported plan to endorse Rep. Kendra Horn, D-Okla.

"I question how the U.S. Chamber could endorse a candidate who consistently voted against the largest industry in Oklahoma, employing over 90,000 workers throughout the state," Warmington wrote, according to Politico. "That is hardly a pro-business record."

McCarthy himself also noted the controversy over the reported Horn endorsement during his conversation with Lou Dobbs.

"You listen to your local chambers, those small businesses when I used to own a business," McCarthy said. "You had Oklahoma … they wanted to endorse Stephanie Bice, not Kendra Horn that's sitting and backing Pelosi or the 'Green New Deal.'"