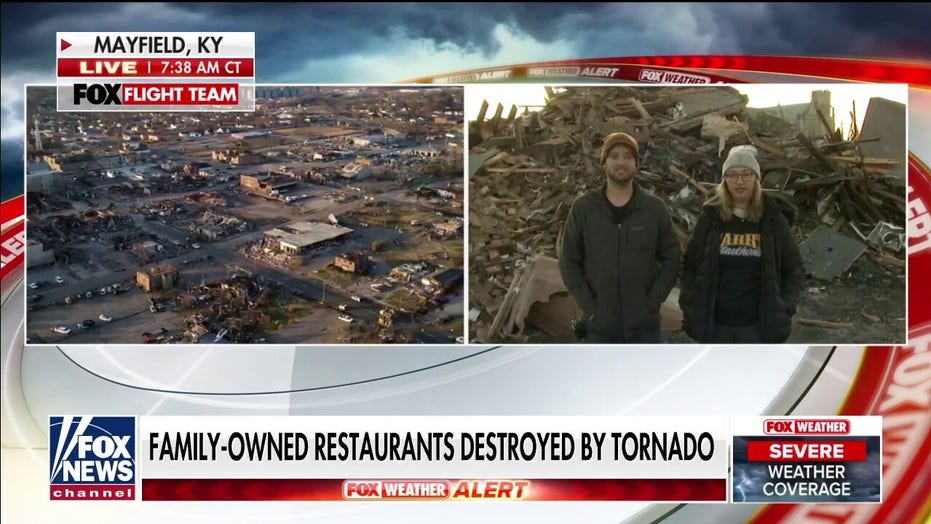 Kentucky family-owned restaurant, in business over 50 years, destroyed by tornado

The devastating tornadoes that struck Mayfield, Kentucky have taken a toll on local business owners and farms.

One of the victims caught in its path was Carr’s Steakhouse, an operation that ran for over 50 years.

“It was more than just a building to us. It’s where we met, where we got married, it’s where our kids’ birthday parties were, holiday gatherings, but it’s also where we met members of this community and came together,” Carr’s Steakhouse owner Lauren Carr told “Fox & Friends.”

Lauren and her husband David were at home when the tornado struck. 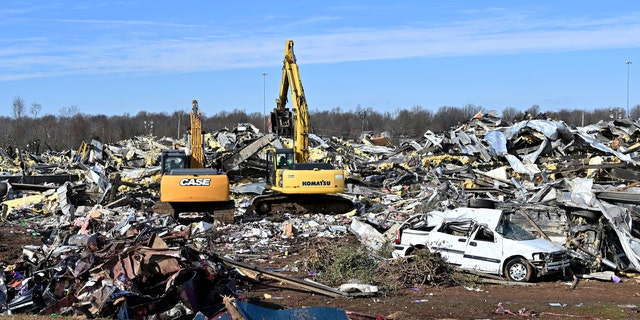 David said, “I was actually the last one out of the restaurant. We shut down when we realized it was going to hit Mayfield, so I just told everybody to pack up and go home and all the patrons got out 15 minutes before it hit.”

Kentucky Governor Andy Beshear said Monday that the death toll from the tornadoes has risen to at least 74, and 109 people are still unaccounted for.

Beshear also said that there are “way more people unaccounted for” than the current estimate of 109.

The 74 deaths marks a jump of 10 since the governor’s press conference in the morning. Five of the people who died in the storm are still unidentified.

More than 1,000 homes were destroyed by the tornadoes. About 26,000 homes were without power and 10,000 homes and businesses didn’t have water as of Monday afternoon, Kentucky Emergency Management Director Michael Dossett said.

Kentucky was the worst-hit state by far in an unusual mid-December swarm of twisters across the Midwest and the South that leveled entire communities and left at least 14 people dead in four other states. 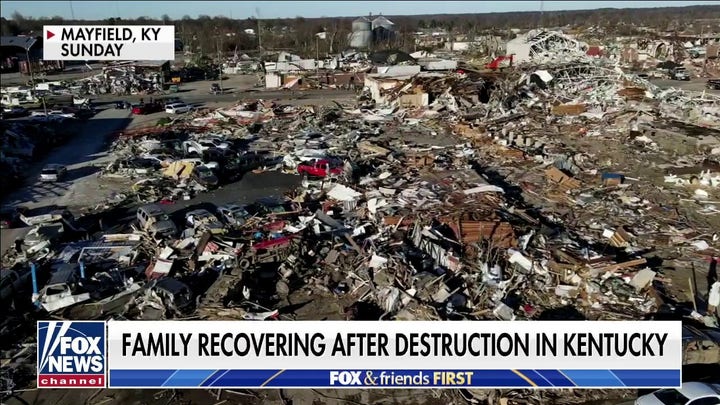 Luckily, Flint was able to salvage some items of sentimental value. 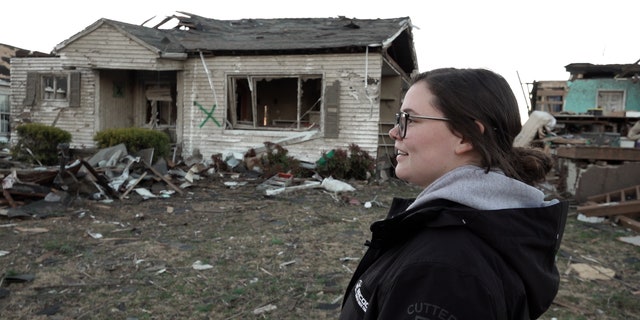 A local farmer from Graves County said his farm wasn’t damaged, but many of his neighbors sustained severe damage to their operations in and around Mayfield.

“The supply chain on the local level is going to be impacted for years the way it is,” Keith Lowry told “Fox & Friends” host Brian Kilmeade, adding he’s trying to help his neighbors. 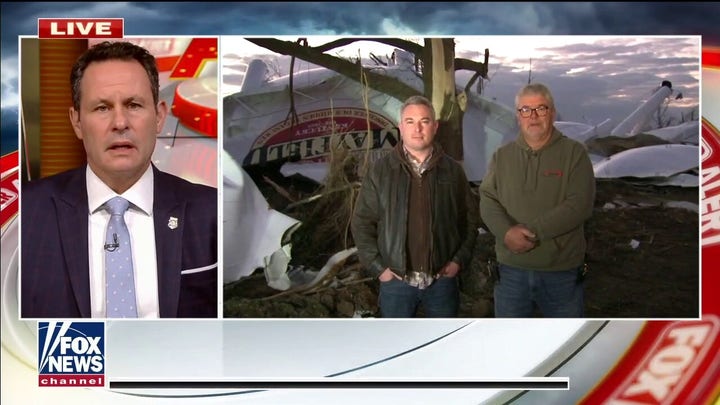 Kentucky Agriculture Commissioner Ryan Quarles said the “big initiative” in his office is to keep people fed. Quarles said that on top of the supply chain struggle affecting the western Kentucky region, the tornado exacerbated the issue.

“We are already hit with supply chain issues, increased costs of input, inflation, et cetera. Now we are going to have at least a six to eight-month delay when it comes to the driving poultry industry in western Kentucky. We have a grainery right here in Mayfield that has 5.5 million bushels of grain sitting on sites. They are not even sure how to unload that grain and get it converted into feed for our livestock industry. And so we have had a tough situation,” he explained.

Quarles went on to say, “I’m a farm kid myself. There is one thing we know … when we get knocked down, we get back up, we will dust off our blue jeans and get back to work.”