Adventure retailer Kathmandu is seeking to raise $NZ207 million ($201 million) from shareholders in "pre-emptive action" against the effects of COVID-19 despite reporting an otherwise strong half-year result.

On Wednesday morning, the dual-listed, New Zealand-based retailer told investors they would be eligible to receive 1.2 shares for each 1 they owned in a pro-rata accelerated entitlement offer. 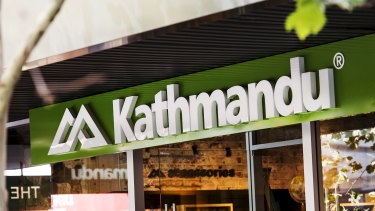 Kathmandu will raise $201 million from investors as it looks to shore up its balance sheet.

Shares in the $NZ177 million offer will be priced at just 50¢, a 50 per cent discount on the company's current share price, which last traded at 98¢ after entering a trading halt on Tuesday.

An additional $NZ30 million will be raised via a placement to certain institutional investors, with a total of 413 million new shares being issued. As an accelerated offer, the deal is scheduled to be completed by April 9.

"The board is taking pre-emptive action with the capital raising announced today, to ensure our Group remains strongly capitalised during the current market uncertainties," chief executive Xavier Simonet said.

Proceeds will be used to pay $NZ86 million of debt, and bolster the company's balance sheet by $NZ115 million, providing Kathmandu with total liquidity of $NZ315 million.

Its the second time Kathmandu has gone cap in hand to shareholders for funding in the last six months, with the retailer asking the market for $NZ145 million last October to fund the acquisition of iconic Australian surfwear brand Rip Curl.

In the business' half-year results, also released today, Rip Curl proved its worth to Kathmandu shareholders, adding an additional $NZ134 million of sales and $NZ15.7 million in earnings before interest and tax from three months of operation.

However, $NZ10.3 million in transaction costs relating to the Rip Curl acquisition saw the company's net profit after tax plunge 45 per cent to $NZ7.7 million after excluding a new accounting standard. 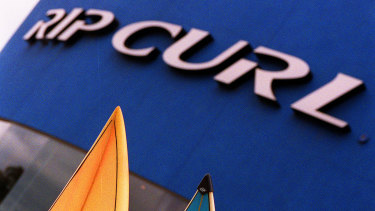 Comparable sales for the company's outdoor segment, which includes Kathmandu and hiking boots brand Oboz grew 1.5 per cent, returning to interim growth for the first time since the 2018 financial year. Comparable sales online shot up 33.1 per cent.

Comparable sales for the three months of Rip Curl's operations were up 2.7 per cent, and online grew 19.5 per cent.

Mr Simonet said the company's solid first-half results reflect what could have been if not for the impact of the coronavirus pandemic, which has wreaked havoc on retailers globally. Last week, Kathmandu closed all its Australian and New Zealand stores and stood down staff.

"These results also show the strong position we would have been in to drive the next wave of our growth in line with our long-term diversification strategy had the global COVID-19 pandemic not occurred," he said.

Kathmandu expects the coronavirus to have a material and adverse impact on its second-half results, though did not provide any guidance. Macquarie analysts predict earnings for the 2021 financial year to drop as much as 40 per cent.