Being president of an almost evenly divided U.S. Senate has paid off in at least one way for Vice President Kamala Harris: She has now surpassed predecessor Mike Pence in casting tie-breaking votes.

On Wednesday, Harris cast a pair of votes in helping the Senate confirm Rachael Rollins to be a new U.S. attorney in Massachusetts, giving Harris her 14th and 15th tie-breaking votes since taking office last January, The Hill reported.

“Every time I vote, we win,” Harris was quoted as saying to NBC News.

Pence totaled 13 tie-breaking Senate votes over four years as vice president under former President Donald Trump, but Harris has exceeded that total in less than one year.

The current Senate is split between 50 Republicans and 48 Democrats, with two independents caucusing with the Democrats to create a 50-50 split on some votes, requiring Senate President Harris to step in. 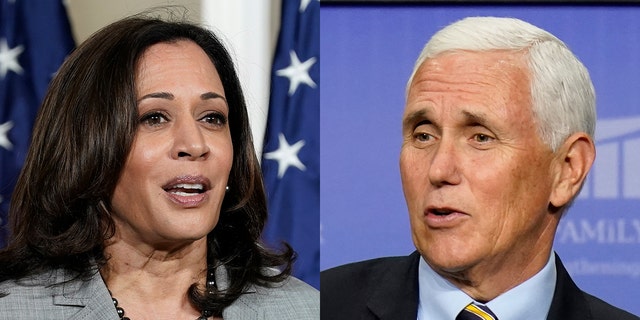 Vice President Kamala Harris, in less than one year, has exceeded predecessor Mike Pence in casting tie-breaking votes in the U.S. Senate, according to reports.
(Associated Press)

Other close votes have sometimes seen moderate Democrats, such as U.S. Sens. Joe Manchin of West Virginia or Kyrsten Sinema of Arizona, side with their GOP colleagues, making a tie-breaker unnecessary.

Most of Harris’ deciding votes have been linked to confirmation of Biden appointees to administration positions, The Hill reported.

Harris now ranks fifth among vice presidents for deciding votes. The leaders all served in the 18th or 19th centuries: John Calhoun (31); John Adams (29); George Dallas (19); and Schuyler Colfax (18) each have more than Harris.

Former Vice President Joe Biden and 10 other VPs never cast a single tie-breaking Senate vote during their time in office, according to BallotPedia.