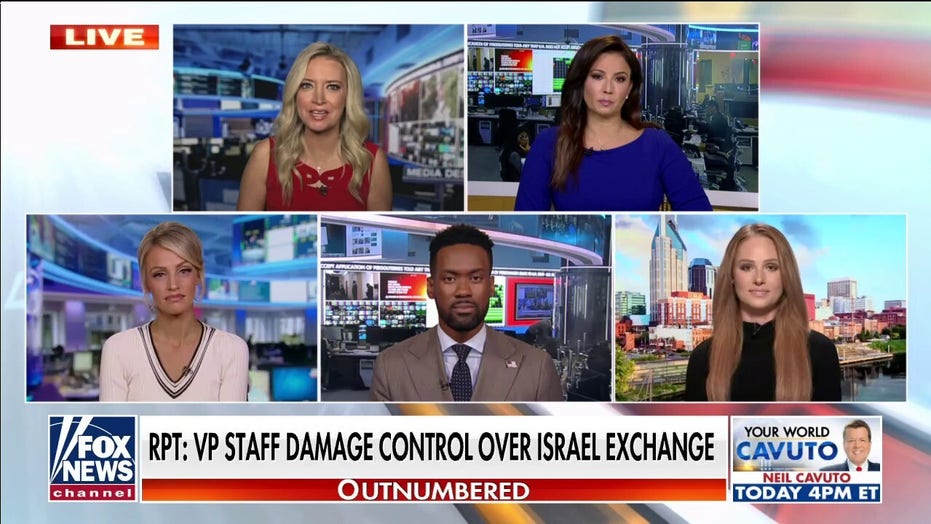 Vice President Kamala Harris and Second Gentleman Doug Emhoff​ went for a power walk on Sunday in Washington, DC, following her hush-hush overnight trip to California over the weekend.  ​

The Second Couple was captured in images ​taking advantage of the 85 degrees, sunny day in the capital.​

The Veep wore a black Lululemon shirt, Nike Airmax shoes,​ and a baseball cap from Howard University, her alma mater.

​He topped off the outfit with a Los Angeles Dodgers ball cap.

Tattoos on his inner left arm spelled out his son Cole’s and daughter Ella’s names.

The couple were followed closely behind by a contingent of Secret Service agents.

The sojourn along DC’s streets came after Harris took off at Joint Base Andrews in Maryland for a mysterious trip to California on Friday and returned Saturday.

The White House has been tight-lipped about the reason for the cross-country jaunt, and there was nothing listed on her public schedule.

Media ​were barred from covering her arrival at Palm Springs International Airport​ but her motorcade had a heavy police presence, local media reported.

Harris jetted off for California as President Biden traveled to Capitol Hill on Friday to press Democrats to keep his legislative agenda alive after infighting threatened to scuttle his $1.2 infrastructure plan and its companion, the $3.5 trillion social spending package.

Last month, Harris went to California to support Gov. Gavin Newsom in a recall election, which he won. ​

Harris represented California in the US Senate and served as the state’s attorney general.​

Emhoff is also from the Golden State. ​