The ‘Justice with Judge Jeanine’ host reacts to New York Post report about a dinner between Hunter Biden, his business associates, and his father.

WILL CAIN ON HUNTER BIDEN DINNER REPORT: ‘SHOCKING ONLY TO THOSE WHO RODE ON THE WAVE OF MANIPULATION’

Joe Biden lied to the American people over and over again. He told us that he never talked to his brother, he never talked to his son about their businesses and yet now we have photographs of him, now we have that laptop. And by the way, they never denied the authenticity of that laptop. And so now Big Tech comes in, along with the media, to say we’re not gonna let the American people hear about this. I mean can you imagine if it were a Trump that went over there and then they brought back a $1.5 billion from China or $3 million from the widow of the Russian mayor of Moscow? 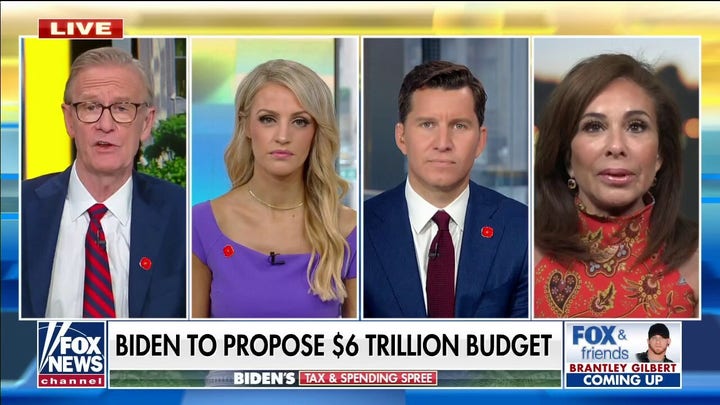