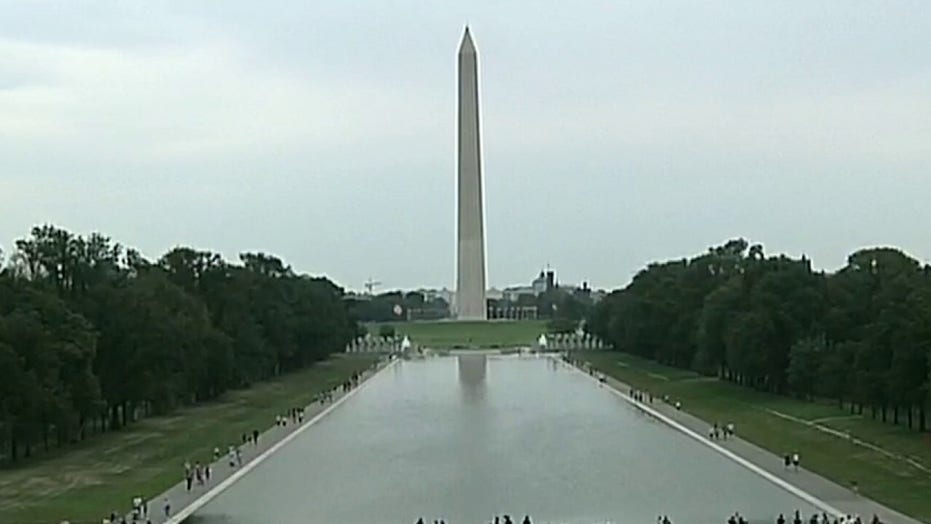 In a letter to Bowser on Friday, first obtained by Fox News, the top Republican on the House Judiciary Committee, Rep. Jim Jordan, R-Ohio, and the top Republican on the House Oversight Committee, Rep. James Comer. R-Ky., said they were “shocked and appalled that Washington, D.C. — the seat of government for our great nation and named for our first president — would seek to erase the legacy of our nation’s founders and trivialize their contributions to the American experiment.”

“You must immediately suspend this dangerous attempt at revising American history and desecrating the memory of our nation’s presidents, war heroes, and visionaries,” Jordan and Comer wrote.

The two GOP lawmakers called the recommendations from the city panel “radical.”

They added: “These monuments are in place to represent American values and heritage—not simply to reflect your notion of ‘contemporary DC values.'

“Recommending their removal, relocation, or contextualization is nothing short of an attempt to rewrite the history of our country,” they continued.

In July, Bowser tasked the DCFACES Working Group with "evaluating named DC Government-owned facilities and make recommendations as to what, if any, actions need to be taken if the person the facility is named for is inconsistent with DC values and in some way encouraged the oppression of African Americans and other communities of color or contributed to our long history of systemic racism."

The Working Group, in its report, also recommended renaming nearly two dozen public schools in D.C. named after prominent Americans, including Alexander Graham Bell, the inventor of the telephone, five different U.S. presidents, Francis Scott Key, the author of the national anthem, among others.

“The Working Group report, commissioned at your behest, is a disappointing waste of taxpayer dollars,” they wrote. “The District of Columbia government is a creation of, and subordinate to, the United States Congress, and the District receives a significant portion of its budget from federal grants and federal payments.”

They added: “The District is not merely a city in the United States, it is our Nation’s capital city—and it is held in trust by the Federal government for the benefit of all Americans now and in the future.”

The two went on to reference what they called “left-wing violence and destruction in the streets,”  amid months of protests and unrest in the city following the death of Minneapolis man George Floyd, who was Black, in police custody in May.

“The restoration of order to the District’s streets should be your paramount concern—not rewriting American history to fit a left-wing political agenda,” they wrote.

In June, Bowser helped name the area north of the White House "Black Lives Matter Plaza” in remembrance of Floyd. But protesters graffitied the street with the “Defund the Police” slogan, which has since been removed.

President Trump, over the summer, warned protesters who damage federal property that they could be arrested and imprisoned, and criticized state leaders for not being as tough on those who seek the destruction of historical monuments.

The president also signed an executive order to protect American monuments, memorials and statues and threatened those who try to pull them down with “long prison time.”

The order enforces laws prohibiting the desecration of public monuments, the vandalism of government property, and recent acts of violence, withholds federal support tied to public spaces from state and local governments that have failed to protect public monuments, and withdraws federal grants for jurisdictions and law enforcement agencies that fail to stop their desecration.

It also provides assistance for protecting the federal statues.