Herbert Smith Freehills partner Ian Williams says the coronavirus crisis will not impact appetite among Japanese companies for investment into Australia following a record year of acquisitions of local companies from the country.

Japanese corporate investment in Australia soared to a record $26 billion in 2019, as "Japan Inc" developed an increasing hunger for local companies with dominant market positions. 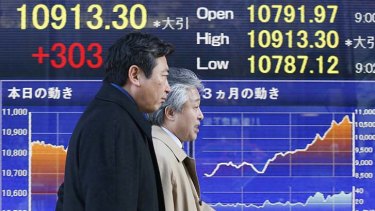 In a new report, Mr Williams predicts the money could keep flowing as Japanese corporates with a wish to expand and "record levels of cash" on their balance sheets, combined with the availability of low interest loans from Japanese banks, seek to capitalise on the opportunities in a country considered stable and attractive.

Mr Williams said that the coronavirus had led to a surge in remote working that would make it harder to get staff together, and in the immediate term that could slow the ability of companies to make decisions about prospective investments. "But in the long term it's a blip," he said. "Japanese companies have investment horizons of 20-25 years. In that context this is a short term delay in process," he said.

The former Wallaby also found that Australia became the second most favoured destination for Japanese outbound investment last year, behind the United States. "Year on year there are more deals, more dollars and growing sector diversity. All indicators at present suggest that this trend should continue through 2020," the report says.

The report noted that while Japanese investment into Australia has occurred for decades, since 2007 there has been a substantial increase in majority and outright 100 per cent acquisitions.

It also found that the characteristics of the Australian market, which has many oligopoly industries, appeals to Japanese companies. "Acquisitions of leading companies in highly consolidated industries providing a stable investment return with long term steady growth prospects are particularly attractive for Japanese investors," it said.

"Total cumulative (Japanese) FDI (foreign direct investment) is about $106 billion, and in a single year you're getting a quarter of that," he said.

Mr Williams said while the 2019 total was boosted by Asahi's bid for CUB, "even if you take that out it's still a massive year". Asahi’s bid for Australia’s biggest beermaker is now being considered by the competition regulator.

"When you think of who else is investing in Australia obviously the US continues to invest strongly. But it's the US and Japan, and other countries are not showing the same levels in dollars and numbers of deals," he said.

David Jacobs, chief executive of the Australia Japan Business Cooperation Committee, said Japanese companies had continued their expansion into industry sectors outside of the resources and energy segments that they had traditionally favoured.

"The fact that it's now moved into a whole range of sectors is really significant. And it's coming because of a very long-established Japanese business connection with Australia. And the fact that there is a huge amount of trust," he said.

"It's the fruition of years and years of close and respectful business relationships," he said.