A Melbourne-based Malaysian investor splashed out $9.2 million for a tiny Swanston Street restaurant at a lunchtime auction on Thursday.

CBRE agent Julian White, who marketed the property with Alex Brierly, Nathan Mufale and Chao Zhang, said: “It’s a clear sign that despite everything that’s going on, bricks and mortar are a very popular asset class.”

“It’s a great sign of confidence to have that many bidders competing for the property,” Mr White said.

The two-storey 130 sq m restaurant is leased to New Taipei Juicy Dumpling and Noodle House. It’s on a 111 sq m pocket handkerchief square of land next to the McDonalds.

It had been held in the same family for 70 years.

City freehold is in high demand. Late last year, the former OPSM building at 384 Bourke Street sold for $22.5 million on a tight 2.6 per cent yield.

Likewise in Prahran, investor behaviour indicated bricks and mortar may be regarded a haven amid global instability and flailing stock markets.

The fourth-generation business A.W. Hinton and Sons, had operated out of 49-51 Izett Street for 130 years. Now panel beaters, the business started in 1890 as coach-builders.

A year after taking the plunge into the Geelong market with the purchase of the Target headquarters, Melbourne-based Leaf Corporation has leased more than 11,000 sq m of the property to disability support group, Gateways Support Services. 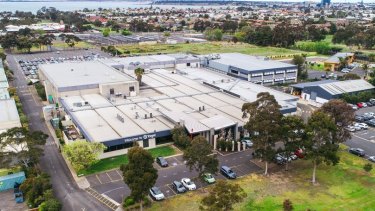 Gateways has signed up for 11,108 sq m of the 12-14 Thompson Road office in a 10-year leasing deal brokered by Colliers and Teska Carson agent Steven Fein.

While the rent was not disclosed, it’s understood to be around $200 a sq m net – a price which effectively quadruples the value of the property.

The well-established Gateway group was looking for office space for about 200 people with room for a gym, cafe and community gardens.

It was also looking for space to provide state-of-the-art therapy and recreation facilities for its clients and a suite of catering, hospitality and packing facilities to support life skills and job training. 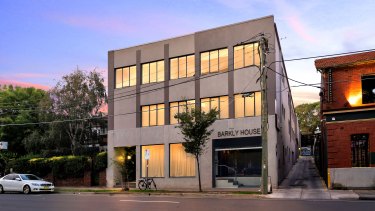 Barkly House, at 30 Inkerman Street, is around the corner from Blue Illusion’s head office on Inkerman Grove and close to the Barkly Street intersection. 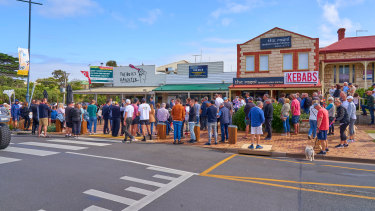 The 232 sq m landholding was sold by Fred and Pam Dijkgraaf who had run the Buckley’s Chance restaurant out of the space since 1982.

Their daughter Tessa Dijkgraaf opened The Boss’ Daughter cafe in December 2018 and has a new five year lease paying $104,000 a year.

Mr James said five bidders competed in the auction and six others, who had registered to bid, didn’t even get the chance to raise their hands.

The next Sorrento property to hit the market will be 854 Melbourne Road, which CBRE is auctioning a week before Easter on April 4.

The Commercial 1-zoned 857 sq m site is on the corner of Tayton Place and has a permit for a three-level retail and apartment project.

For those with deeper pockets, the Continental Hotel is back on the market after the Supreme Court nixed a deal with LBA Capital. Colliers International agent Guy Wells has the listing.

The Docklands office of grand final football team the GWS Giants has changed hands for $435,000.

Mr Friend booked more than 60 inquiries about the office which looks out over the harbour with views to the Bolte Bridge.

Naturally, it’s close to AFL House and the Docklands stadium.

The Fitzroys agents leased the office last year on a three plus three year deal paying $35,000 a year.

The freehold to Carlton’s beloved long-running toy shop, the Poppyshop, is up for auction on Friday. 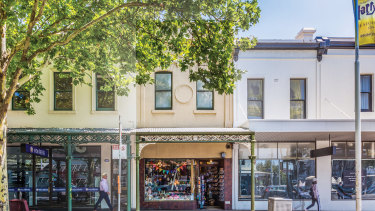 283 Lygon Street is expected to fetch more than $1 million.

The double-storey Victorian terrace covers 120 sq m at 283 Lygon Street, near the Faraday Street corner and is expected to fetch in the high $1 million range.

The Poppyshop has been on site for more than 50 years but nearly closed several years ago when longtime owner Pat Knox retired.

The shop, marketed by TeskaCarson agents Fergus Evans and Adrian Boutsakis, comes with a five year lease to the Poppyshop dating back to October 2019 and two five-year options.