Savers have seen a whole host of cuts to interest rates in recent times, with further reductions by banks and building societies having been made following the Bank of England Base Rate cuts. The Bank Rate was slashed on two successive occasions in March 2020.

The emergency response to the coronavirus pandemic saw the Base Rate drop from 0.75 to 0.25, and then to a historic low of 0.1.

A new analysis has found that the velocity of the savings rate cuts on variable rate deals during the first six months of 2020 is “officially the worst in over a decade for savers”.

In terms of the worst half-year, the largest falls were seen during the second half of 2012, Moneyfacts.co.uk said, in the aftermath of the Funding for Lending Scheme.

The findings by Moneyfacts.co.uk has found that variable rate savings accounts have dropped by the largest amount seen over the first six months of any year since 2009. 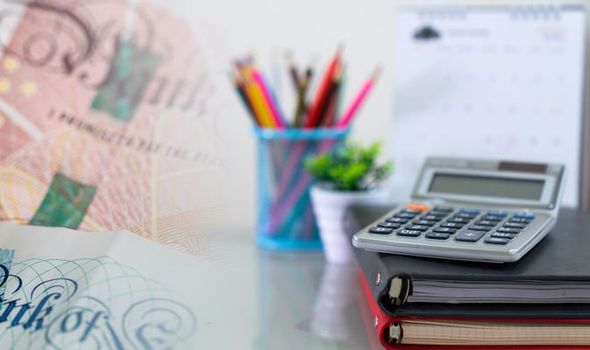 Now, the money comparison website is urging savers to act and to switch if they’re getting a poor return on their cash.

Rachel Springall, Finance Expert at Moneyfacts.co.uk, said: “Savers will be in for a shock to find the first six months of 2020 have been the worst for rate cuts in over a decade.

“Indeed, all average rates have fallen between January and June this year, but the falls are the largest we have seen since 2009, after the financial crash.

“This demonstrates how much the market has been impacted by the Coronavirus pandemic and base rate cuts, and it will leave savers feeling frustrated and disappointed.

“These rate cuts should be more than enough reason to give savers a push to switch their deal if they are getting a poor return on their hard-earned cash.”

For savers wanting the option of withdrawing their money at any time, Ms Springall suggested looking into where they can find the best interest rates on easy access savings accounts at the moment.

She went on to highlight what moving money from an uncompetitive interest rate to a market-leading easy access savings account could mean.

“Indeed, on an easy access account, savers could be earning as little as 0.01 percent, such as with NatWest, but the best rate on the market pays 1.15 percent from National Savings and Investments (NS&I) – on a £20,000 deposit, that is a difference in interest over 12 months of £228,” she said.

“If savers were looking to lock their cash away over the next 18 months, then the best deal comes from Bank of London and The Middle East (BLME), paying 1.15 percent as an expected profit rate, which is 0.44 percent more than the average rate today.”

Those who would like some access to their savings in future months and who are hence not wanting to put the cash in fixed accounts could have another option as well as the easy access, Ms Springall said.

“If savers are looking for a decent return but do not wish to lock their money away for a year or more, then a notice account could be a good bridge between fixed and easy access accounts,” she said.

“One example of a deal with a short notice term is ICICI Bank UK’s 45-day notice account, which pays 1.24 percent gross monthly and is available through Raisin UK.”

People who save their money in an Individual Savings Account (ISA) will likely also have been hit by the interest rates cuts.

At the time of writing, there’s no easy access cash ISA available in the UK offering a rate greater than one percent.

“Those savers who utilise their ISA allowance may feel despondent, as average returns have fallen between 0.48 percent (easy access ISAs) and 0.56 percent (longer-term fixed ISAs) since the start of 2020.

“Despite this, savers may not find a fixed rate ISA a promising choice, as fixed rates have plummeted on one and five-year ISAs by 0.52 percent and 0.56 percent respectively since the start of 2020.

“If savers hunt down the top fixed ISA rate today, then they will find Shawbrook Bank at the top of the market, with its seven-year fixed ISA that pays 1.25 percent gross on its anniversary or 1.24 percent monthly.

“It is imperative that savers act quickly to acquire the top rates on the market regardless of which type of savings account they choose, as there seems no end to the downward trend.

“Due to the uncertainties that the Coronavirus pandemic has instilled, it is more important than ever before for consumers to build up an emergency fund that they can dip in to should they run into any financial difficulties in the months to come.”