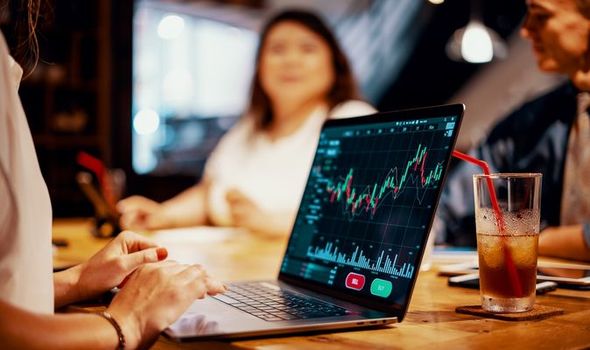 Seven in 10 of those quizzed had put money aside because they had fewer chances to enjoy it. Of an average £1,216 saved, typically 21.5 percent – or around £261 – is now gone. However, among over-55s some 58 percent have kept every penny, twice that of the 29 percent in the 18 to 34-year-old age group. Surging living costs may explain the dwindling savings. Two-fifths of the 1,000 people polled for Paragon Bank said they are spending more now on groceries, home improvements and tech than before the pandemic.

People who have held on to their savings may see better returns after the Bank of England raised base rate from 0.1 to 0.25 percent. Derek Sprawling, the bank’s savings director, said: “Striking this balance between saving and spending will be key for savers as we look forward. It’s important for people to make provisions to make sure they build financial resilience and are equipped to manage a change in financial circumstance.”

A separate survey by cashpoint operator Cardtronics found that four in 10 who saved since March 2020 had dipped into it. And Bank of England figures for October show that a total of £6.4billion flowed into savings accounts in October – far lower than the average of £11.9billion over the 12 months to September.

Richard Stocker, at Nationwide Building Society, said: “In recent months as shops and businesses have opened up, we have started to see spending bounce back. Inevitably people spend more. This has meant the growth in savings has slowed and some people seem to have started to spend the money they built up.”

Further research for Investec estimated that UK households had £163billion in excess savings in October which are posing a headache. Analysis by MoneyComms of 50 instant access accounts for balances of £5,000 in November found only 19 had no penalties, restrictions for withdrawing money – or rely on short-term bonuses to inflate returns.