Democrats in the House moved an amendment on Tuesday that would make visas available to individuals who had previously been rejected or denied entry to the U.S. due to travel bans implemented by the Trump administration.

The amendment to the Fiscal Year (FY) 2022 Homeland Security funding bill passed the Appropriations Committee by voice vote after being introduced by Democratic Reps. Grace Meng and Adriano Espaillat, both from New York, and Mark Pocan, D-Wis.

It would make diversity lottery visas available to those who were affected by the Trump-era bans.

“It is time for the U.S. to uphold the promise we made and mitigate the harm the Muslim ban has caused, therefore I urge the adoption of this amendment,” Meng said.

Former President Trump issued the first travel ban in 2017, barring visas for countries deemed high risk, including Iran, Libya, Somalia, Sudan, Syria and Yemen. Chad was initially one of the countries but later removed, and Venezuela and North Korea were later added.

Critics called the ban racist and cruel and labeled it a “Muslim ban” because the initial countries were of Muslim-majority and because Trump had called for such a ban in the 2016 campaign. After modifications and multiple court challenges, the ban was upheld in 2018 by the Supreme Court. 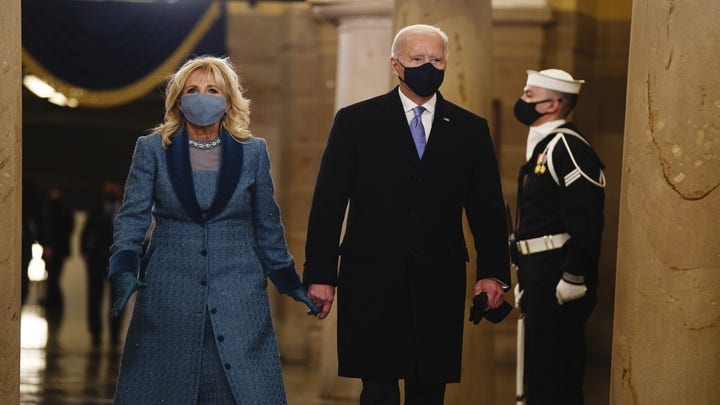 The Trump administration later added Burma, Eritrea, Kyrgyzstan, Nigeria, Tanzania and Sudan to the list in 2020, after the countries were deemed to have not met certain security criteria.

The criteria considered included the extent to which the countries share information on passports and prospective bad actors, as well as whether the country poses an elevated national security risk in relation to crime, terrorism and illegal immigration.

President Biden promised to reverse the bans and did so on his first day in office. While it invited those who had been rejected to reapply, it did not go far enough for some Democrats, who have called for visas to be made specifically available.

“The previous administration’s Muslim ban shut the door on thousands of individuals who are issued a visa,” Meng said. “For many a diversity visa represented hope for these individuals to escape war and impoverishment.”

Rep.  Chuck Fleischmann, R-Tenn., opposed the amendment, calling it “shortsighted” and saying that such a change should be debated in the House Judiciary Committee instead.

Separately, another amendment pushed by Meng and approved by the committee allows unused diversity lottery visas, employment visas and family-based visas from FY 2020 and 2021 to remain available in FY 2022 and remain until they are used.

Another amendment by Rep. Chellie Pingree, D-Maine, gives the DHS secretary the ability to increase the number of H-2B seasonal guest worker visas.