House Democrats slammed President Donald Trump and his administration on Wednesday over the coronavirus outbreak, accusing the president of downplaying the threat and top officials of fumbling the response.

In a fiery opening statement at a hearing featuring several high-ranking health officials, Rep. Carolyn Maloney (D-N.C.), chair of the House Committee on Oversight and Reform, said testing in the U.S. has been “severely inadequate” and plagued by delays, noting that South Korea is conducting some 10,000 tests per day ― more than the U.S. has completed in total.

“We are operating in the dark,” Maloney said. “My question is whether the administration and President Trump [are] exacerbating the crisis by downplaying it. Over and over again, we’ve heard blatant misstatements that consistently diminish this crisis and negatively affect our preparations and response.”

The hearing began hours after The New York Times reported what it described as “a series of missed chances by the federal government to ensure more widespread testing during the early days of the outbreak, when containment would have been easier.” That included telling Dr. Helen Y. Chu, an infectious disease expert in Seattle, to stop testing for the virus after she discovered an outbreak in Washington state.

Trump has repeatedly lied about the crisis, bungled facts and downplayed the severity, going as far as to say that “one day it’s like a miracle, it will disappear.”

On Wednesday, Dr. Anthony Fauci, director of the National Institute of Allergy and Infectious Diseases, did not mince words.

“Is the worst yet to come?” Maloney asked him.

“Yes it is,” Fauci answered. “I can say we will see more cases and things will get worse than they are right now. How much worse they’ll get will depend on our ability to do two things: to contain the influx of people who are infected coming from the outside and the ability to contain and mitigate within our own country.”

Fauci stressed there’s no way to predict how many will be affected by the illness named COVID-19.

“If we are complacent and don’t do really aggressive containment and mitigation, the number could go way up and be involved in many, many millions,” he said. “If we contain, we could flatten it.” 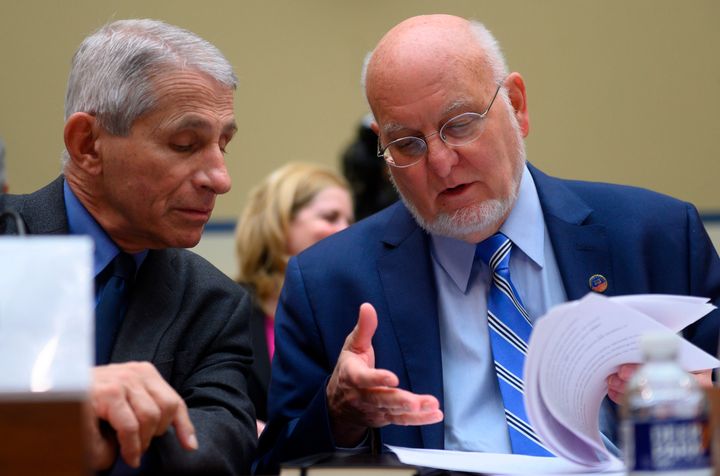 The virus has so far killed at least 30 people in the U.S. and the number of confirmed cases tops 1,000, with large clusters in places like Seattle, Massachusetts and New York. Globally, more than 110,000 people have been infected in more than 100 countries, with over 4,000 fatalities, according to the World Health Organization.

Fauci appeared alongside several other top government health officials, including Robert Redfield, director of the Centers for Disease Control and Prevention, and Robert Kadlec, the assistant secretary of preparedness and response at the Department of Health and Human Services.

Rep. Stephen Lynch (D-Mass.) slammed health officials for not speaking up to correct Trump’s false statements, like when he told reporters last week that “anybody who wants a test gets a test.” Officials later acknowledged a test shortage.

“He said this in front of some of you, at a public hearing, at a press conference,” Lynch said. “And I saw no one step up and say, ‘No, the president wasn’t correct, the tests are not there, they’re not ready, they’re not ‘beautiful,’ they’re not available.”

“We need you to step up,” Lynch added. “Standing behind him and nodding silently, or an eye roll once in a while, is not going to get it.”

Fauci said he has never strayed from the science or held back from telling the White House what is happening from a public health standpoint.

“I don’t believe the administration has gotten the credit it deserves, especially with respect to the president’s early decision to cut off the border, which has undoubtedly given the CDC and health officials time to prepare for this outbreak,” Rep. James Comer (R-Ky.) said. “I’m not confident the last administration would have made that decision for fear of political incorrectness or whatever.”

Rep. Gerry Connolly (D-Va.:) called out Republicans for saying “sanctimoniously” that they didn’t want to politicize the issue and pointed out the president’s efforts to cut public health funding, false assertions about the development of crisis and focus on the stock market rather than people affected.

Connolly held up a photo of Trump’s visit to the CDC, where he wore a hat highlighting his reelection campaign slogan. “A campaign hat, in the middle of a crisis,” he said.

“We will not be lectured about politicization, and all of your words and sanctimony will not cover up the fact that this administration was not prepared for this crisis,” Connolly said. “And it put lives at risk.”

The hearing recessed early because Trump and Vice President Mike Pence called the witnesses to what Maloney described as an “emergency meeting.” She didn’t elaborate.