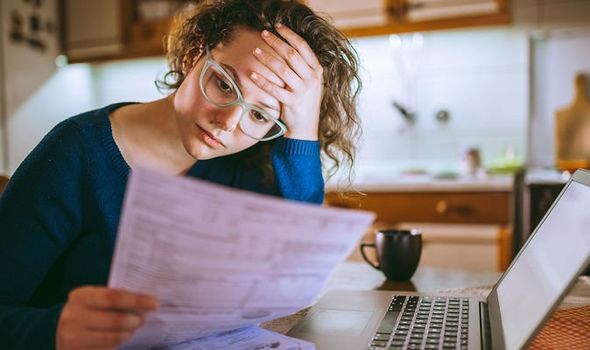 In a surprise move, the Bank’s Monetary Policy Committee yesterday pushed the base rate from 0.1 to 0.25 percent, in a bid to tame inflation which could top six percent. The decision will raise the cost of borrowing at a time when inflation ‑ in the form of soaring fuel and heating costs ‑ is putting increasing pressure on Britain’s wallets.

Consumer Price Index inflation came in at 5.1 percent on Wednesday ‑ way above expectations and the highest level recorded for a decade.

Alastair Douglas, boss of credit scoring group TotallyMoney, said that as over half of Britons were already struggling to pay their bills and loan repayments, the Christmas rate hike had come at the worst possible time.

He said: “The hike is a response to rising inflation, the cost of living is soaring. It’s a nightmare for many.

“Christmas adds financial pressure to households, with many digging deep to pile presents under the tree.

“Today’s decision from the Bank, while small in isolation, will make pockets shallow and purses tight when combined with other financial challenges.”

The Bank’s official target is to keep consumer price index inflation at two percent, but it has soared from 3.1 percent in September to 5.1 percent last month and the MPC believes it could peak at six percent in April.

Investment giant Fidelity’s associate director Ed Monk predicts the rate hike will have a limited effect on the causes of rising inflation which are higher energy prices and supply chain disruption. But hard-pressed Britons will suffer from the fallout.

He said: “Households should expect their costs to continue to rise for some time.”

The MPC had been expected to delay raising rates until February due to the havoc the Omicron Covid variant could inflict on the economy.

Martin Beck of the EY ITEM Club think-tank said that if Omicron damage is limited, the MPC could raise its rate to 0.5 percent in May.

He added: “The near-term outlook for interest rates will be heavily dependent on how the Omicron situation evolves.

“Despite the decision to raise the rate, the MPC now clearly expects the new variant to weigh on activity.”