A TREASURE chest bursting with a bounty of silver has been unearthed in the ruins of a 14th century castle in Poland.

The precious items are thought to have belonged to Jews who were murdered in WWII. 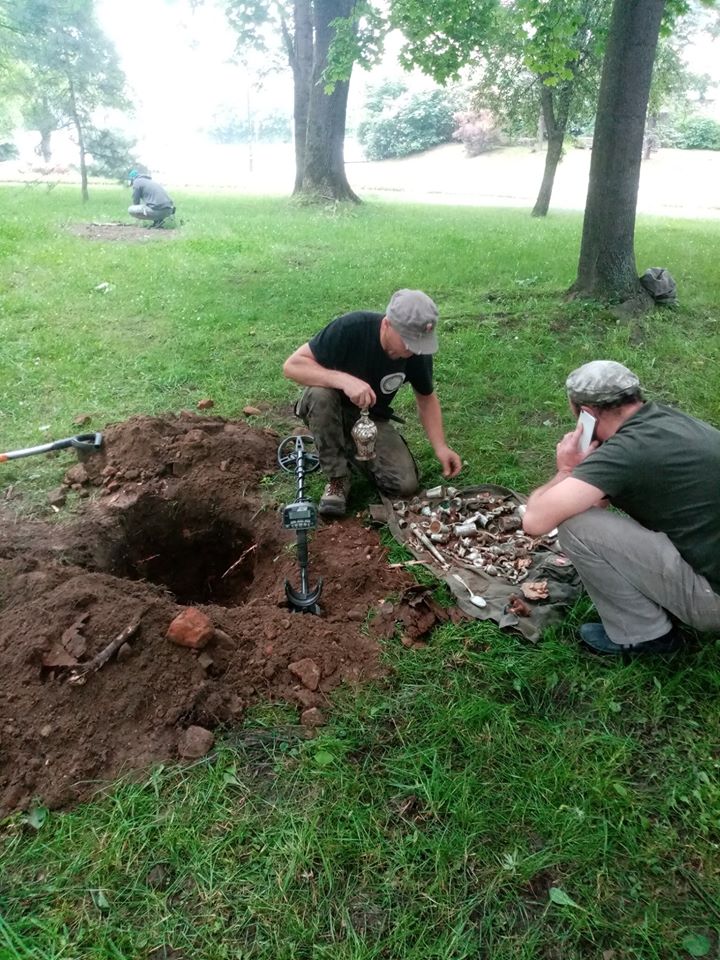 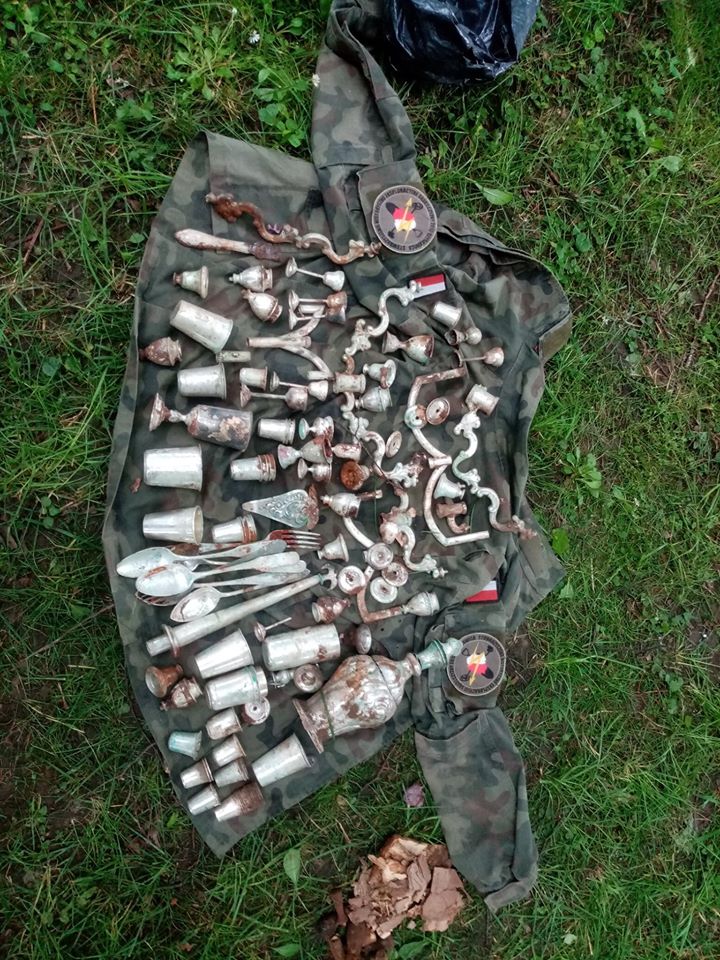 It's thought that the Nazis hid the stash of stolen items there when they occupied Poland.

The Nowy Sącz Historical and Exploratory Association carried out an exploration of the castle and made the sensational discovery. 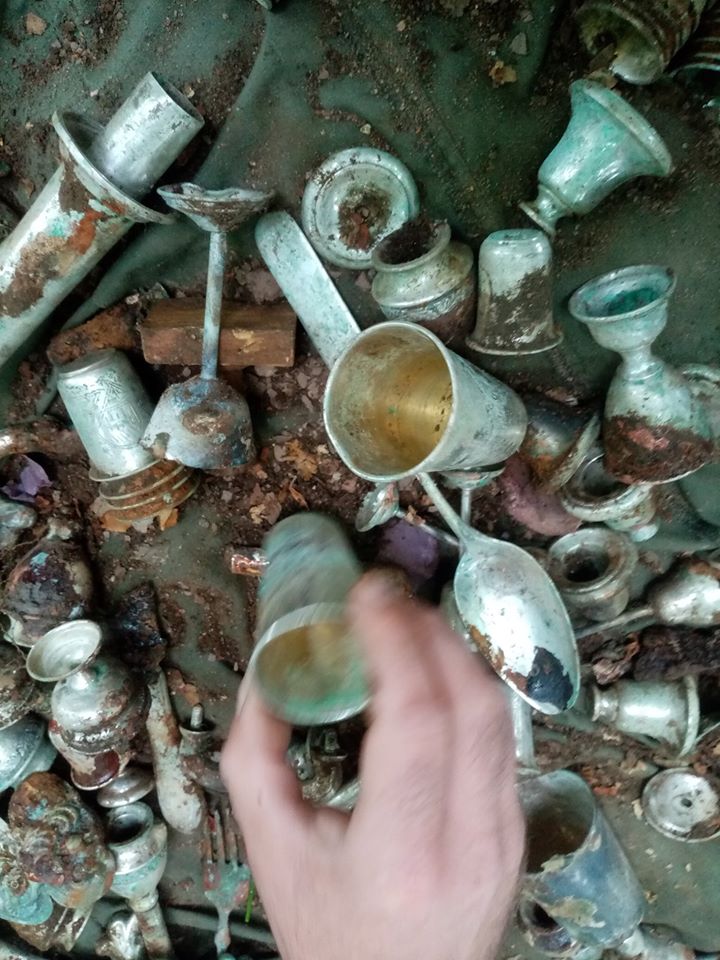 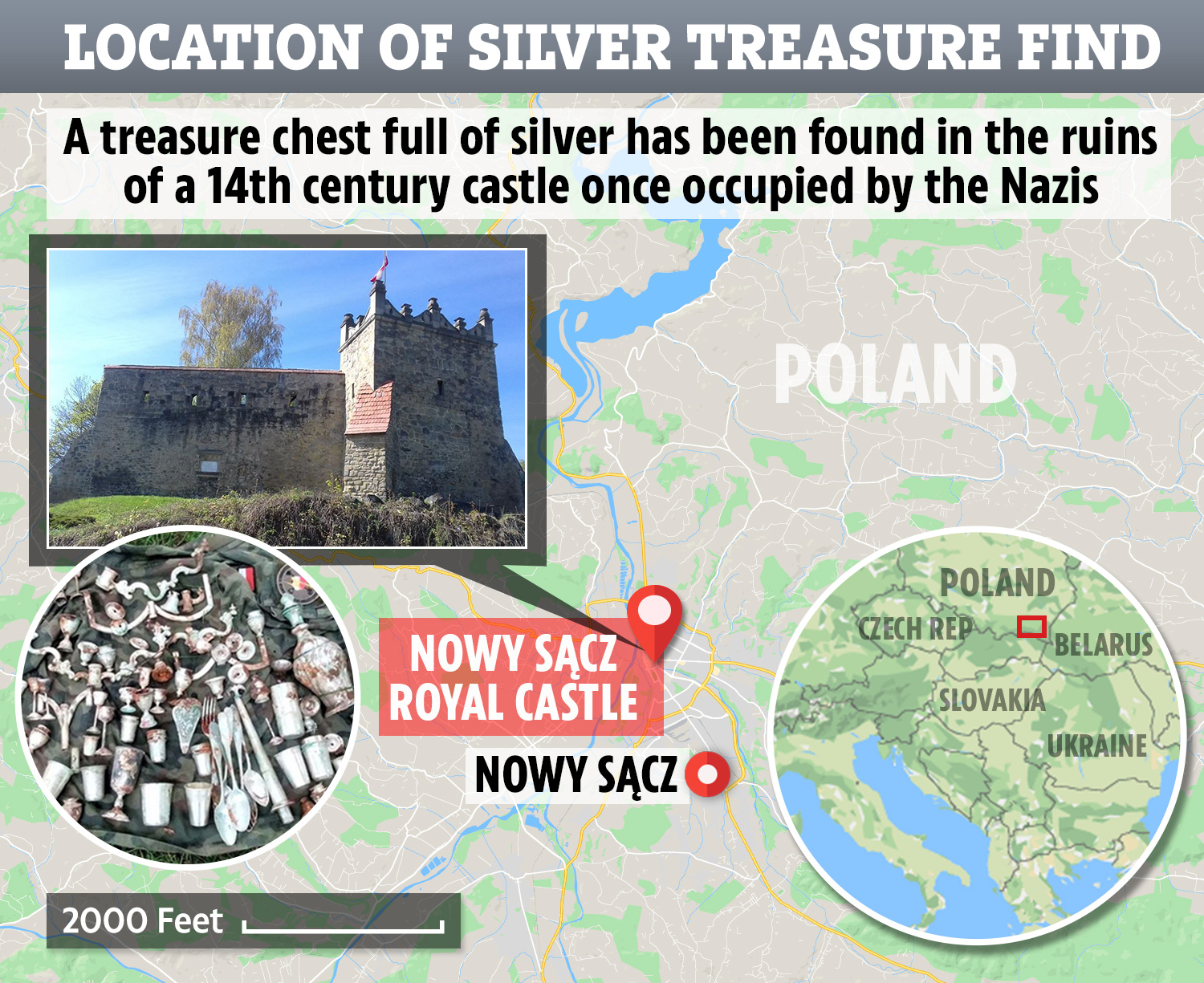 The treasure included a variety of silver homeware including goblets and cutlery.

The First News reported that lead detectorist Stanisław Pustułka first found fragments of paper before the silver was revealed.

She said: "We started to extract the paper delicately, which appeared first.

"It was in very poor condition. After a while, we saw silver, a lot of silver." 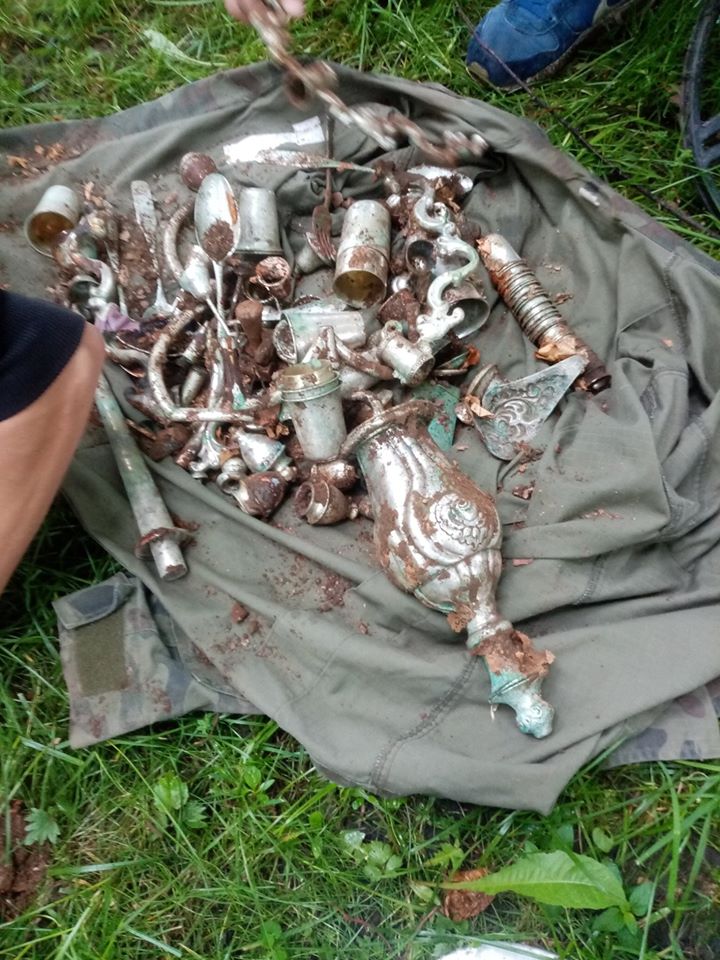 The 103 silver objects had been buried in a rusty disintegrating chest.

Each item is said to have been made in either Austria or Poland.

Local archaeologist Bartłomiej Urbański said to The First News: "It is Judaica, probably from the turn of the 19th and 20th century, connected to Jewish ritual and was probably buried during World War Two.

"Is it connected with the buildings that used to be in this part of the city, or was it stolen by the Germans, who were then unable to take it away?"

The Polish castle where the discovery was made was turned into a barracks by the Nazis in the summer of 1941.

They also used it as an ammunition depot and proceeded to take 20,000 Nowy Sącz Jews from the town.

In 1942 the entire Jewish population of the area was sent to the Bełżec death camp.

Underground Polish soldiers blew up the Nazi barracks in 1945 and almost completely destroyed the castle. 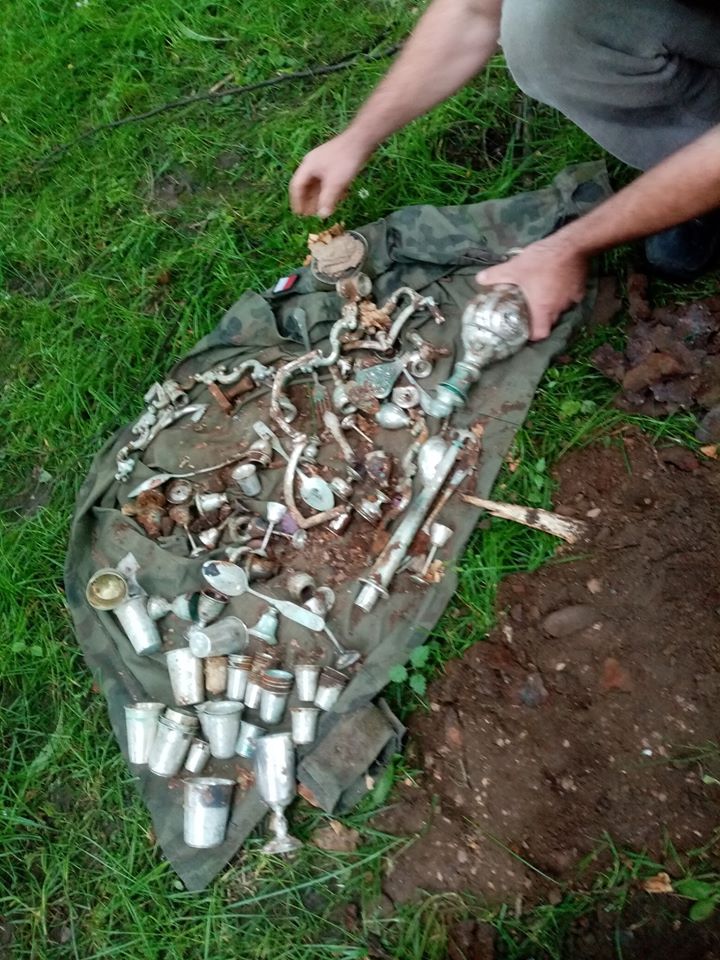 Other finds at the castle include a collection of 15th-century dinar coins.

Nowy Sącz Castle is being explored because there are plans to rebuild it.

All that remains today are its outer walls and a partial tower reconstruction within.

The silver treasure will now be handed over to archaeologists who will list all the items and then display them in a local museum.

What is Nowy Sącz Castle? 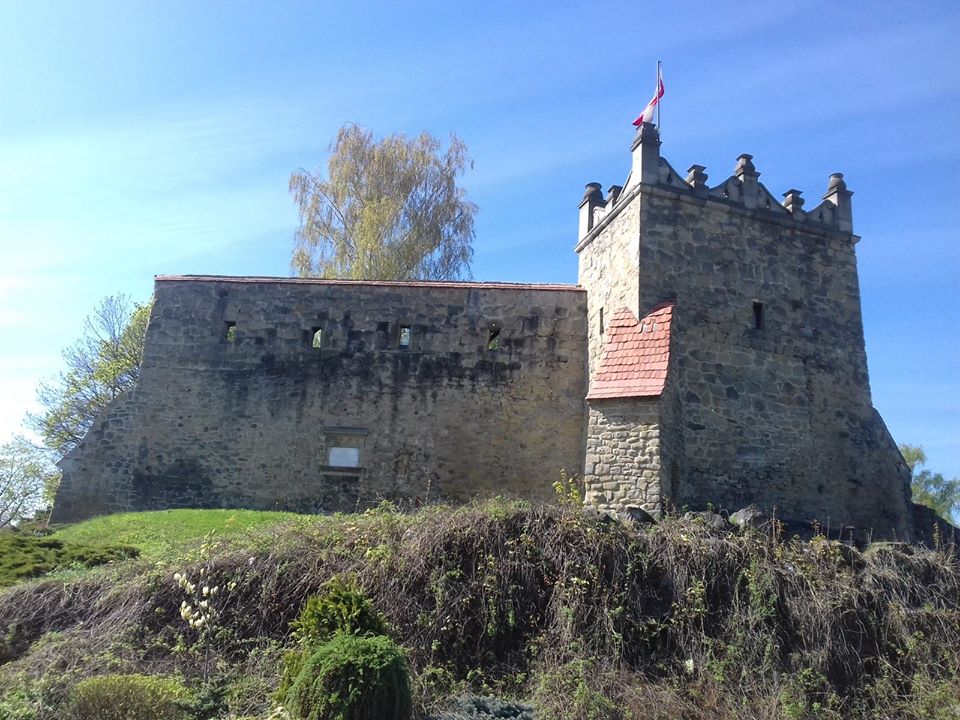 Here's what you need to know about the site…

It dates back to the 14th century and was made by the Polish King Casimir III the Great.

Initially it had a moat and was used as a residential building.

It was first ruined in 1655 by Swedish-Brandenburgian troops.

After this, it remained uninhabited.

That was until the Nazi's took over the castle and used it as a base when they occupied Poland during WWII.

Underground Polish soldiers blew up the Nazi barracks in 1945, subsequently destroying more of the castle.

In other news, remains of a suspected 'Amazon warrior' have been identified as a girl no older than 13 years old.

A decapitated skeleton buried in an kneeling position has been discovered in central China.

And, ancient dinosaur fossils have led scientists to pinpoint "the most dangerous place in the history of planet Earth".

What do you make of this treasure discovery? Let us know in the comments…