Hannity: Joe Biden is leading the Democrats over a political cliff

‘You give $600 to your son or daughter, the Democrats need to know about it?’ Hannity said about the IRS proposal

As President Biden continues to oversee a supply chain crisis with commodities prices spiraling out of control along with rapid inflation and a high unemployment rate despite record amounts of job openings, Sean Hannity said in his Opening Monologue, that collectively it is the receipt for the socialist agenda the Delaware Democrat is promoting and executing, and that tab is going straight to the working class.

On “Hannity”, the host hearkened back to a 2019 stump speech by Biden on the campaign trail in Peterborough, New Hampshire, where the Democrat responded to a concerned man’s question about fossil fuel pollution by promising to “do away with subsidies to fossil fuels, number one, – number two holding [companies] liable for what they have done.”

Biden followed up by telling the man he was “not joking – I’ll put them in jail.”

“This is what Joe promised to do – this was all by design. In 2019, he vowed to sacrifice blue collar jobs and wreck the oil and gas industry all in the name of climate change.” 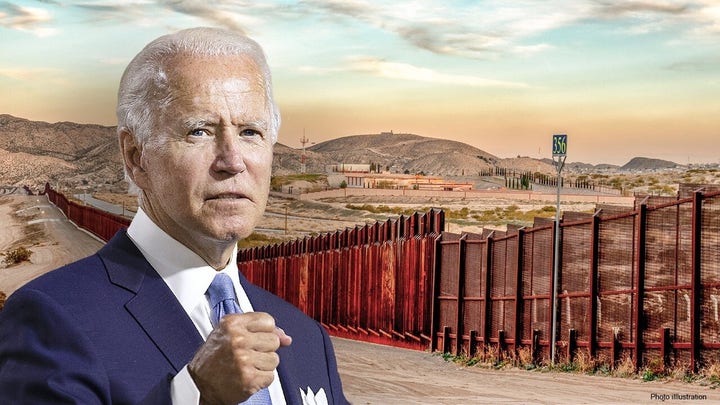 With the labor shortage and supply chain crisis induced by the Biden administration’s policies, Hannity said that oil and gas are the root material needed for a successful market – and that that is now lacking.

“So now, not only is everything more expensive, but also, it might take months to arrive in the mail.”

Compounding working-class woes, Hannity continued, the Internal Revenue Service will seek to comb through bank accounts to monitor transactions over $600, according to an entry in the impending human infrastructure legislation.

“Everything you buy… all the money you transfer over $600 dollars, Democrats want to know about it,” he said.

“You give $600 to your son or daughter? The Dems want to know about it… Why? So they can figure out a way to tax it and squeeze you dry.”

“Green New Deal socialism is not cheap – and so they’re looking for new and creative ways to pay for it.”