President of Hillsdale College Larry Arnn provides insight into the future of education in America on ‘Fox and Friends Weekend.’

A new activism group is launching to counter ideas like critical race theory and pursue the type of educational vision outlined by former President Trump at the end of his term.

The group known as 1776 Action is rolling out a series of efforts this week to support New Hampshire’s legislation banning critical race theory. Adam Waldeck, the group’s president, told Fox News his group plans to also be active in Loudoun County, Virginia, which has seen a clash between disgruntled parents and schools pursuing the controversial ideology.

Last month’s launch of 1776 Action, a 501(c)4 tax-exempt organization, augmented a growing resistance to diversity trainings and curricula in U.S. institutions. Like Parents Defending Education, which Fox News reported on last week, 1776 Action intends to empower parents to challenge these ideas at the local level.

A pledge on the group’s website asks citizens to commit to “replace elected officials, school board members, education commissioners, principals, deans, and university presidents who promote a false, divisive, and radical view of America and our fellow citizens with new leaders who respect our history, our values, our rights, and the God-given dignity of every person.”

In signing a pledge specific to New Hampshire, activists will be directed to contact their House members. Waldeck said the group intends to create a way for parents around the country to track how school board candidates rate on these issues. 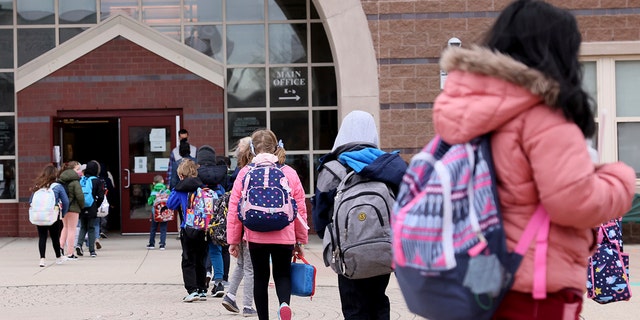 This week’s ad campaign will include radio and digital elements, including emails with messages from former House Speaker Newt Gingrich, whom Waldeck previously served as an adviser, and former Housing and Urban and Development Secretary Ben Carson.

“When I was asked to serve on President Trump’s 1776 Commission to help restore truthful, patriotic education I was full of hope,” reads an email signed by Carson. “Then, it was canceled by President Biden on Day One.”

“A setback for sure, but thankfully our solutions are much closer to home than Washington, D.C. The real power for positive, lasting change is in the hands of parents and other concerned citizens — if only we’re willing to put in the effort this truly deserves.”

The commission report was released but quickly removed from the White House’s website in January.

It leveled criticism at the 1619 Project and critical race theory, calling for a rejection of “any curriculum that promotes one-sided partisan opinions, activist propaganda, or factional ideologies that demean America’s heritage, dishonor our heroes, or deny our principles.”

Since Trump’s various actions on the issue, states like Florida and West Virginia have started pursuing ways to halt critical race theory in its tracks.

New Hampshire’s legislation specifically prohibits state agencies and contractors from promoting what it calls “divisive concepts” about race and sex. The legislation passed the state’s House of Representatives on Wednesday.

Fox News has reported on multiple instances of schools or employers discussing or promoting progressive ideas about race.

For example, Buffalo’s school district previously taught that “all white people play a part in perpetuating systemic racism.” Oregon also promoted a teacher training program that suggested White supremacy was behind the focus on finding the right answer in math.

New Hampshire’s law has encountered pushback from critical race theory scholar Ian Haney López, who said the bill was “attacking a straw person” and that proponents were engaging in “dog whistle politics.”