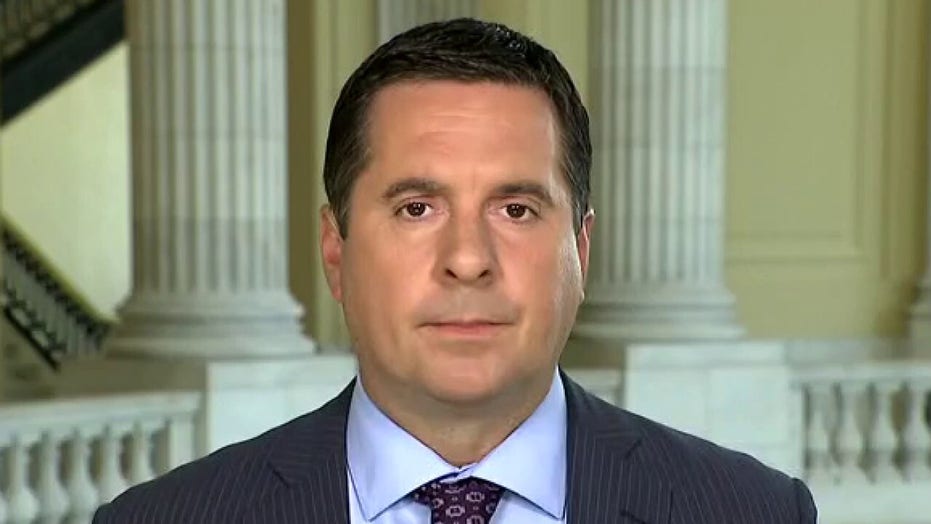 Republican members of the House Intelligence Committee have written letters to President Biden and Director of National Intelligence Avril Haines demanding information on the origin of COVID-19, claiming they found evidence to support the theory that the virus originated in the Wuhan Institute of Virology lab.

The letter accuses the intelligence community of failing to provide timely updates on its investigation and not being “forthcoming” about “what processes it undertook to make seemingly authoritative statements early in the pandemic about the origins of the virus — conclusions that are now in question.

“This casts doubt on the validity of early judgments as well as the analytic integrity of COVID-19-related intelligence reporting,” the letter addressed to Haines states.

“Republican Members are aware of allegations that the IC suppressed dissenting views related to the origins of the pandemic and that the community relied upon ‘outside’ experts with concerning yet undisclosed entanglements,” the letter, signed by Ranking Member Devin Nunes, R-Calif., asserts.

The letter demands that the intelligence community turn over all of its information on COVID-19’s origins, specifically requesting any  reporting on a possible “collaboration” between the Wuhan lab and the Chinese military. It asked for any evidence intelligence agencies had to prove coronavirus broke out naturally and originated in animals.

It also asked if the intelligence community was involved in any reviews of “gain of function” research, specifically whether it was appropriate to fund such research outside the U.S.

The letter sets a deadline of May 31 to begin providing information for its request.

During an appearance on Fox News’ “Sunday Morning Futures,” Nunes said his team has been gathering circumstantial evidence, such as road closures in Wuhan dating back to October 2019, to determine whether the coronavirus originated in the Wuhan lab or elsewhere.

He said no evidence so far backs up the concept that COVID-19 began with a human consuming a bat at a wet market.

“We have zero evidence that some dude ate a bat in a wet market. I think that’s important to note because what we’re talking about here is very dangerous potential dangerous leaks and also future biological warfare,” Nunes told host Maria Bartiromo.

U.S. domestic gain of function research was paused in 2014 under the Obama administration. The pause was lifted in December 2017 at the beginning of the Trump administration but it’s unclear by whom.

“This gain of function is really weaponizing a virus and I’m sure there are a lot of people who say on one hand well, it could weaponized a virus. On the other hand, it could come up with the cures,” Nunes said Sunday. “I’m sure both are true. But the question is something like this that could be so dangerous and so deadly and turned into a weapon, is that really something that we would want to be involved in or that we would want taxpayer money being involved in?”

While U.S. officials during the Trump administration believed the virus may have originated from the lab, some experts have doubted that explanation. But so far, investigations have been hampered by a secretive Chinese regime.

The World Health Organization sent a team to Wuhan to investigate the outbreak earlier this year, but even the Biden administration – which has been less hawkish on the WHO and China than the prior administration – has expressed concern about Chinese interference.

“We have deep concerns about the way in which the early findings of the COVID-19 investigation were communicated and questions about the process used to reach them,” National Security Advisor Jake Sullivan said in a lengthy statement. “It is imperative that this report be independent, with expert findings free from intervention or alteration by the Chinese government.”

In a separate letter to Biden, the Republican lawmakers said that a senior administration official had confirmed their finding that the origin of COVID-19 could have been the result of a lab leak.

“In April, the Director of National Intelligence explained that either ‘[COVID-19] emerged naturally from human contact with infected animals or it was the result of an accident at a laboratory in Wuhan,'” the letter reads. “It is unclear, however, if the Intelligence Community or any other part of the U.S. government is seeking to determine the truth.”

When pressed by Sen. Rand Paul, R-Ky., last week, Dr. Anthony Fauci testified that under his leadership, the U.S. National Institute of Allergy and Infectious Diseases “has not ever and does not now fund gain-of-function research” in China’s Wuhan Institute of Virology.

“As we know the U.S. institutions, the government agencies in this country, have gotten really good at supporting the Democrat socialist narratives that they want to support, so clearly they wouldn’t want it out there that Obama actually created this program and was sending taxpayer dollars to China,” Nunes told Bartiromo. “What was likely happening was it was being routed through a nonprofit and then routed into China.”

According to Nunes, Peter Daszak, president of EcoHealth Alliance, has taken $100 billion in government funding. Though he has no accounting of how the money was spent, Nunes said he believes some was used for good, but “the question is ‘is someone who was involved in allocating that money be involved in investigating the origins of this Wuhan virus?’ I’m not sure that would be appropriate.”

Nunes insinuated a possible conflict of interest, as Daszak was also on the World Health Organization (WHO) team tasked with investigating the origins of COVID-19 in Wuhan.