DRIVERS have slammed a "crazy" new rule that means they need a permit to drive on 20-metre stretch of road – or face a £130 fine. 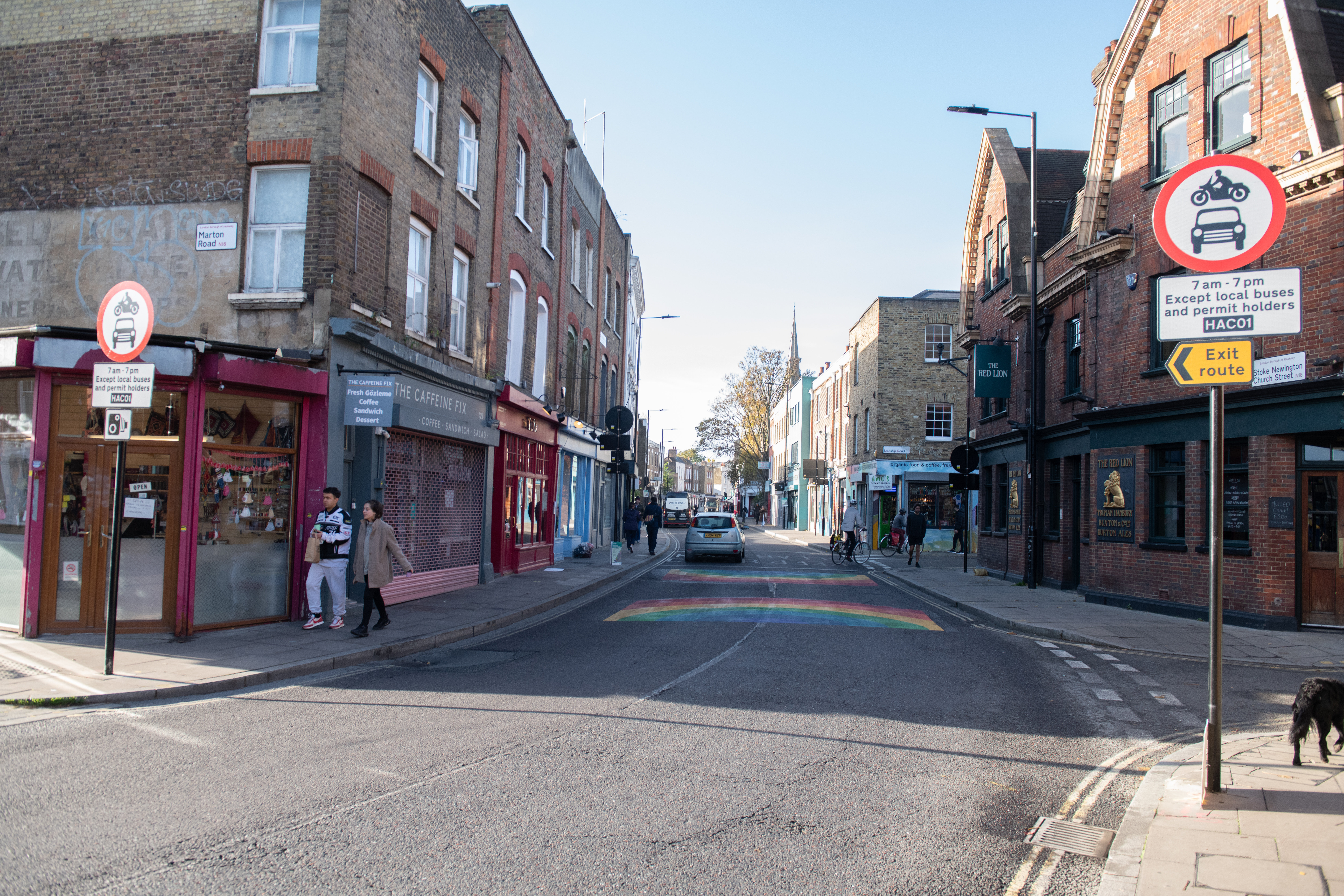 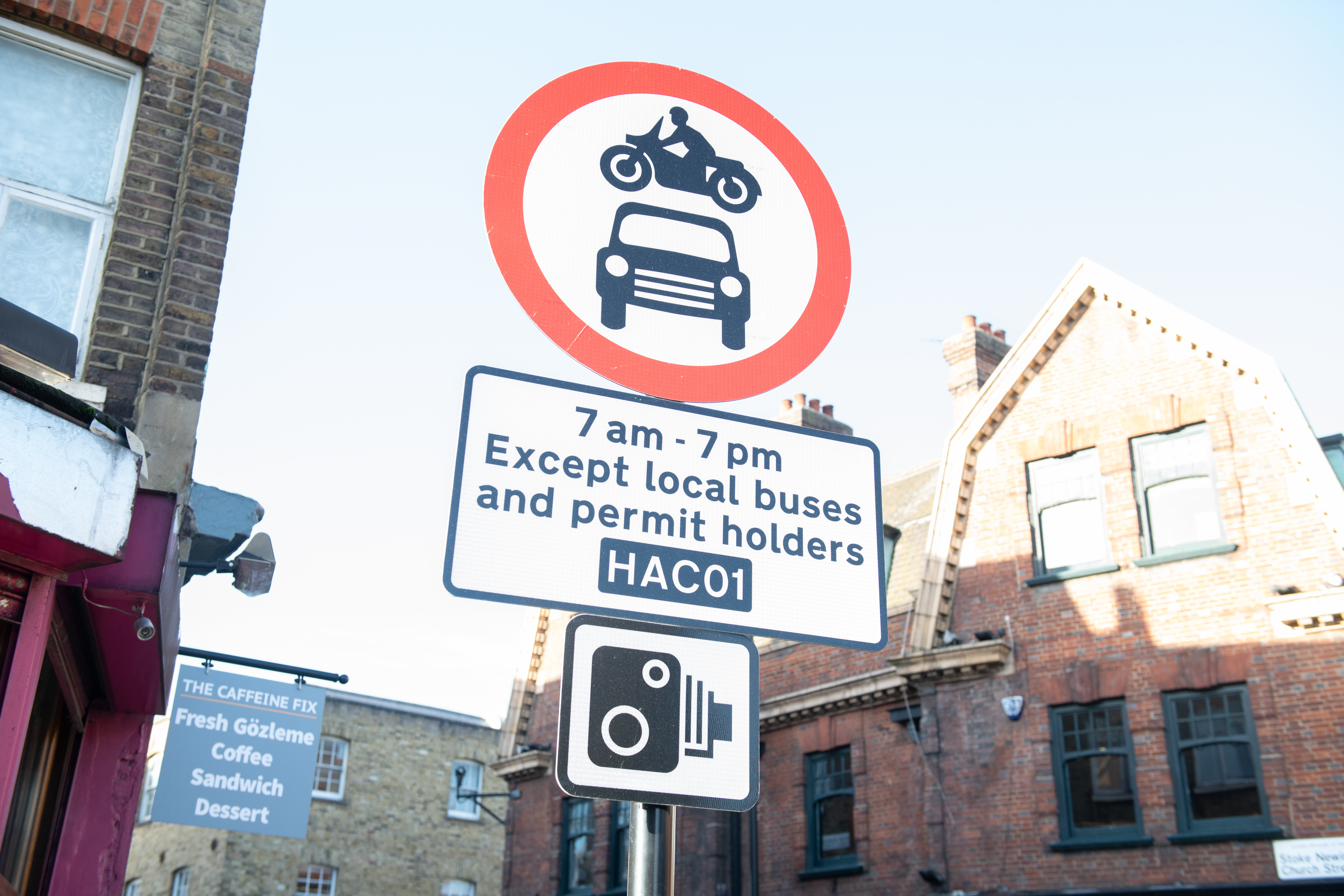 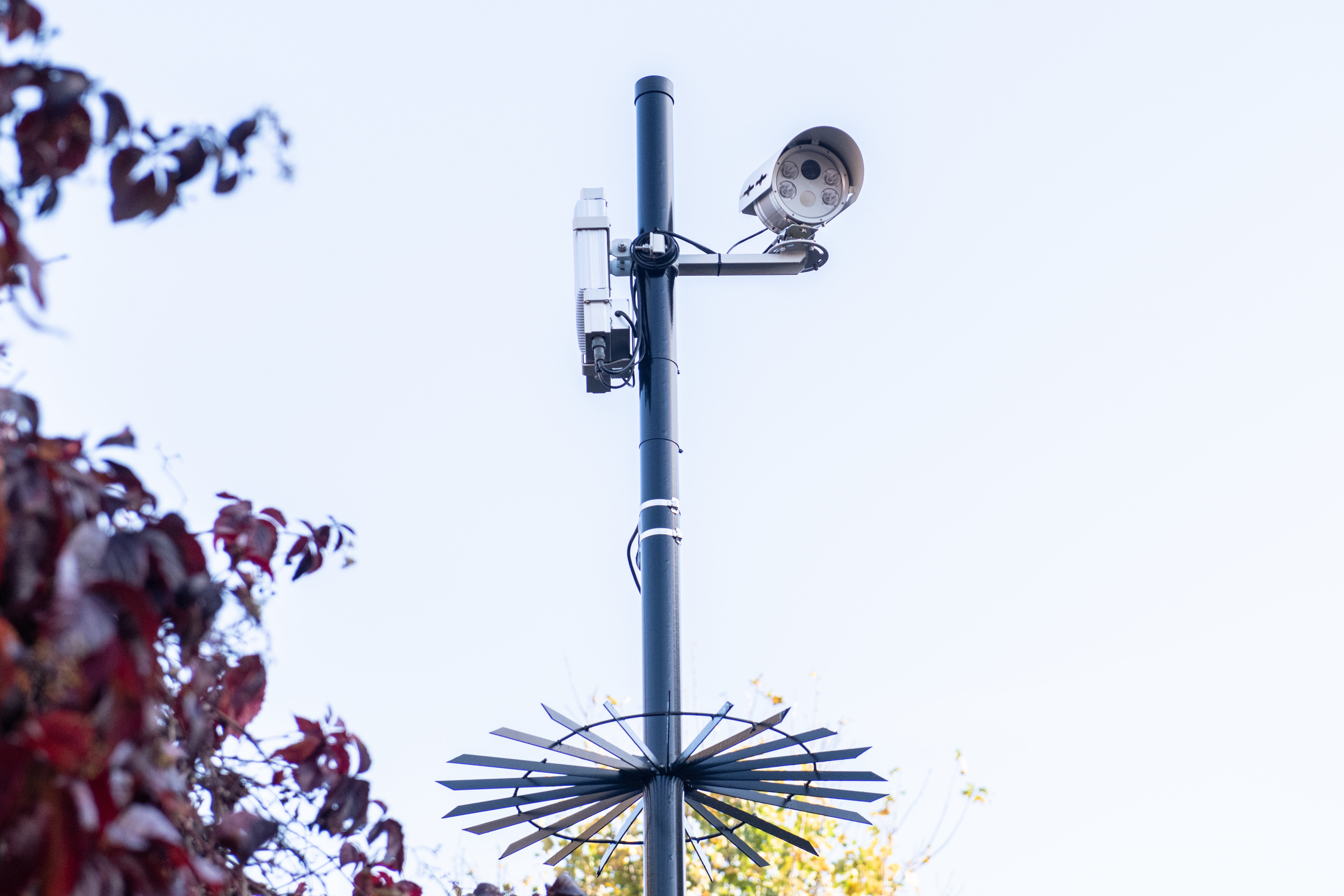 The 20-metre zone, which is marked with two rainbows in the middle of the road, was installed on September 20 by Hackney council.

Drivers can be charged up to £130 for crossing 'the line' without an HAC01 permit, and so have to make a long detour to avoid the fee.

Between the hours of 7am and 7pm, vehicles, except local buses and permit holders, cannot drive down Stoke Newington Church Street.

The regulation has been branded a "sly money making scheme" by angry drivers.

Business owners and delivery drivers have slammed the toll for making matters worse and their lives more difficult.

One driver caught off guard going through the toll on Wednesday said it will cost him his day's wages.

Finbar Banzhaf-Gammell, 39, a delivery driver from Hackney who went through the zone without realising a permit was required, said: "I come down here every couple of weeks, but I hadn't got a clue about the fine. It's horrible.

"That's pretty much my whole day's work gone up in smoke.

"We run a small delivery business so, psychologically, it's horrible when that happens.

"It's so much money for such a small crime and it's not even a crime, I just made a mistake.

"So charge me a fiver or something like that, but they're always trying to catch you out."

Camillo Forech, 45, a delivery driver from High Barnet, north London, said: "I deliver to Stoke Newington Church Road four times a week and it's been an absolute nightmare.

"I got caught three times in the beginning.

"I don't see any reason for doing this because, if anything, it's made traffic worse.

"People are now taking side streets on both sides to avoid the charge: £65 if you pay within 14 days, otherwise it's £130.

"I spend an extra hour to an hour-and-a-half every day driving around it, and I have a big van which makes it difficult.

"You have to go down Lordship Lane to Clissold Park which can take up to an hour in rush hour."

He added: "We've tried everything to get a permit, but the council keeps saying no."

The signs are entirely unclear, it's a f**king travesty

A further five traffic filters have been installed in surrounding residential streets to prevent new short-cuts from opening up.

Mr Forech said: "I'm worried they are going to do this in other parts of London.

"The government is trying to improve air pollution in London, but this isn't helping. People are just driving further and polluting more."

Amo Altun, 30, who runs a family business on the High Street, said: "I'm not sure why they did this, but I think the council just wanted to reduce traffic for residents.

"The council were handing out leaflets saying first offenders will not be charged but then I think it's £65.

"There were quite a lot cars in the mornings, when people are going to school and work, but otherwise it was fine.

"Now the problem is, the shop down the road uses the same delivery driver as me.

"Drivers have to drive all the way around – about one and half miles at least, instead of doing just 50 feet."

Martin Wurst tweeted: "£130 fine for driving there the other day. The signs are entirely unclear, it's a f**king travesty."

The new measures, however, have been supported by cyclists and some local residents.

Lauren Grace tweeted: "I've cycled down Church Street to get to work for the past eight years and it's SO much safer for pedestrians and cyclists now! I saw loads of little kids on their bikes last Friday."

Hackney Council has been monitoring cars on the road and surrounding areas since the "traffic filter" was launched.

They say since coming into force, traffic on the street has nearly halved from 7,279 vehicles to 3,514.

A council spokesperson said: "We were awarded funding from the Mayor of London's Air Quality Fund in 2019.

"In the engagement events and online Commonplace exercise we carried out in 2019 and last year, people told us that there was too much traffic/congestion in the area, that the pavements were too narrow, there were high levels of pollution and that cycling felt dangerous.

"This is why we are introducing these changes." 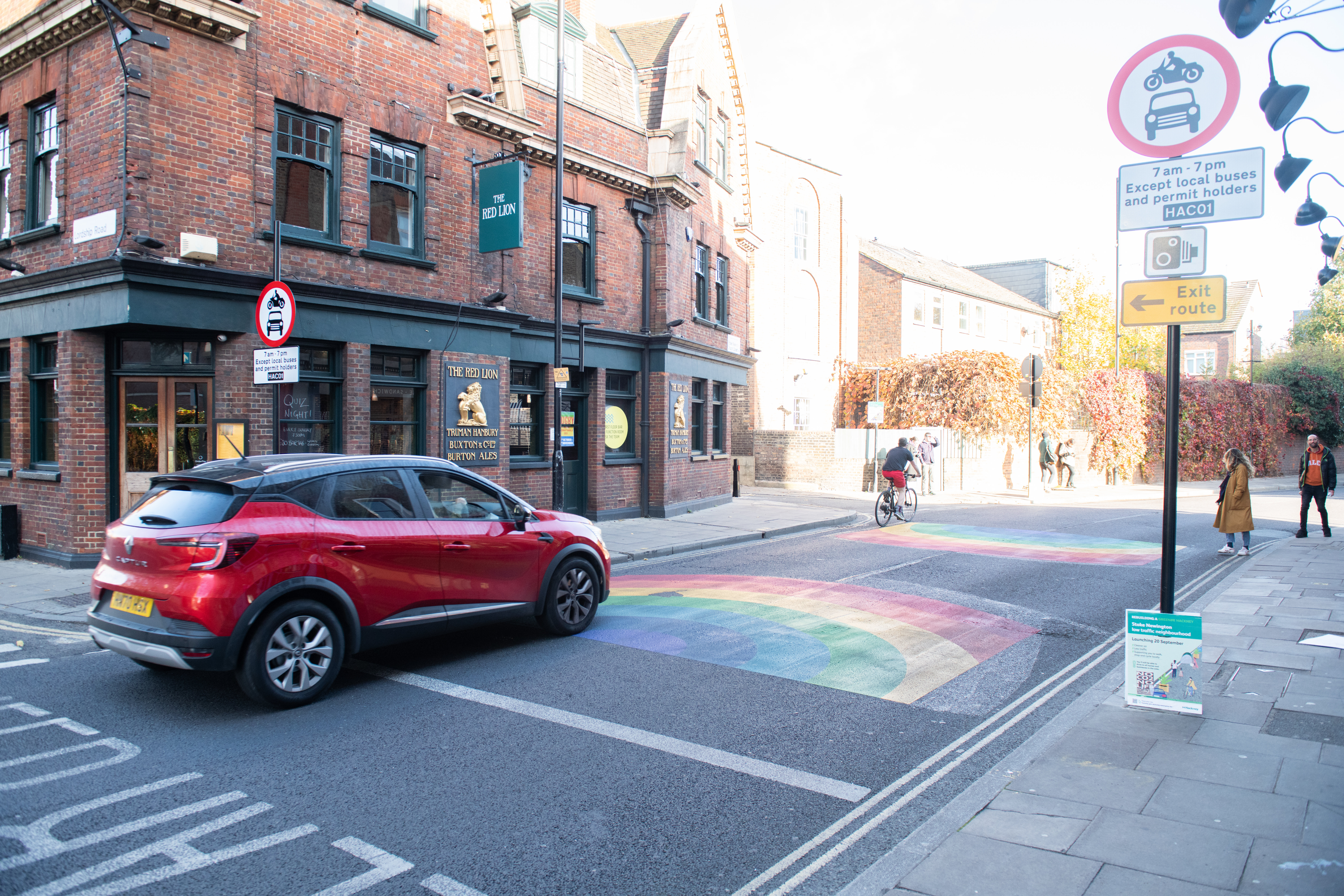 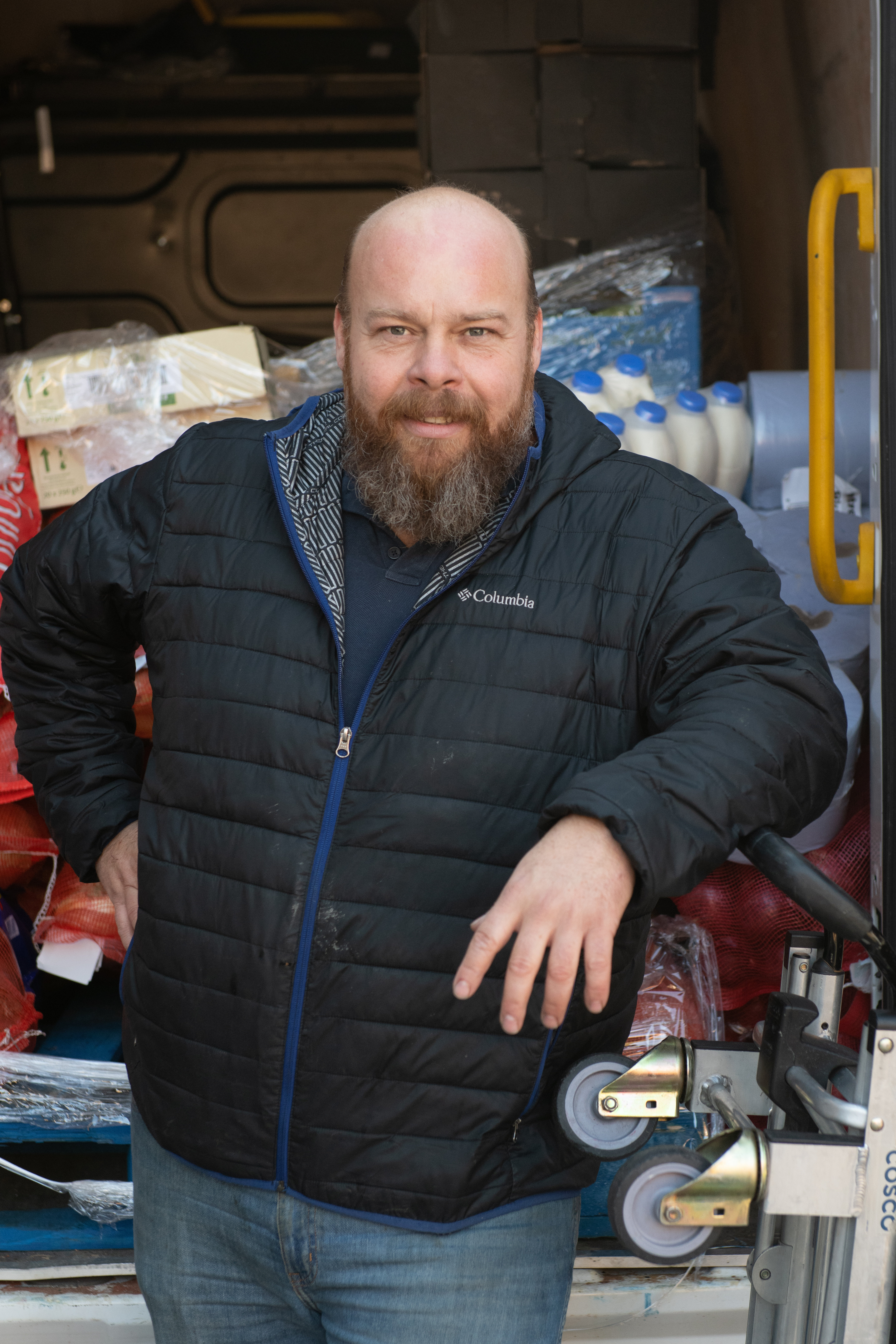 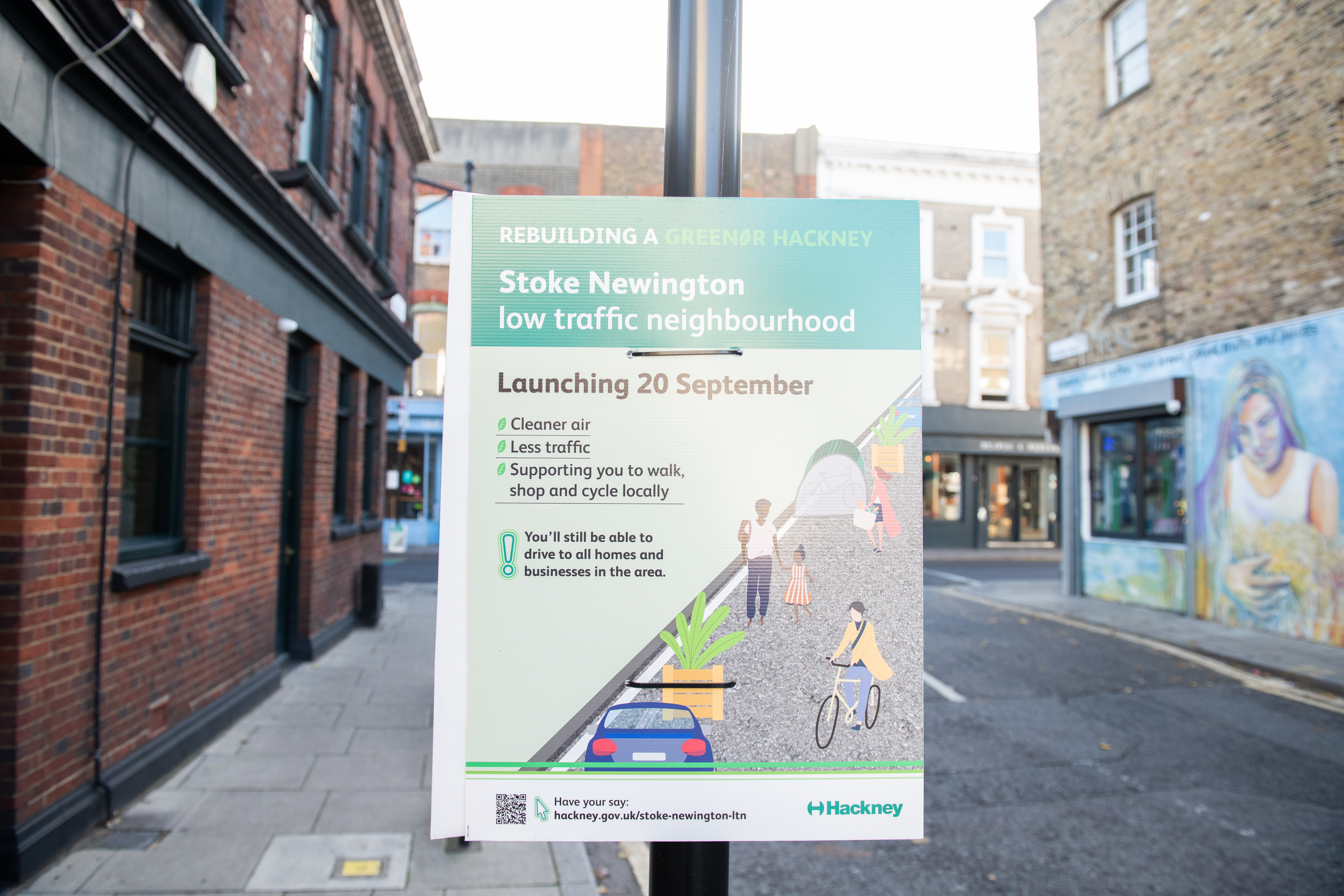