A former adviser to New York Gov. Andrew Cuomo accused him of sexually harassing her “for years” while she worked in his administration.

Lindsey Boylan, who is running for Manhattan borough president, made her allegations on Twitter Sunday morning and claimed that she wasn’t the only woman to have been victimized.

“Many saw it, and watched,” she said ﻿in a Twitter thread. “I could never anticipate what to expect: would I be grilled on my work (which was very good) or harassed about my looks. Or would it be both in the same conversation?”

Boylan worked for the Cuomo administration from March 2015 to October 2018. She served as deputy secretary for economic development and as a special adviser to the governor, according to her LinkedIn profile.

“I’m angry to be put in this situation at all. That because I am a woman, I can work hard my whole life to better myself and help others and yet still fall victim as countless women over generations have. Mostly silently,” she wrote. “I hate that some men, like @NYGovCuomo abuse their power.”

Cuomo’s office did not immediately respond to HuffPost’s request for comment.

Boylan said in comments posted to Twitter that she has no interest in speaking with journalists about her allegations.

“I am about validating the experience of countless women and making sure abuse stops,” she said.

Boylan’s allegations came after she tweeted last week that working for Cuomo was the “most toxic team environment” and that people were “deathly afraid of him.”

“I’ve had many jobs. Waitressing at Friendly’s as a teenager was an infinitely more respectful environment. Even when I had bad customers who tipped poorly,” she tweeted. “If people weren’t deathly afraid of him, they’d be saying the same thing and you’d already know the stories.” 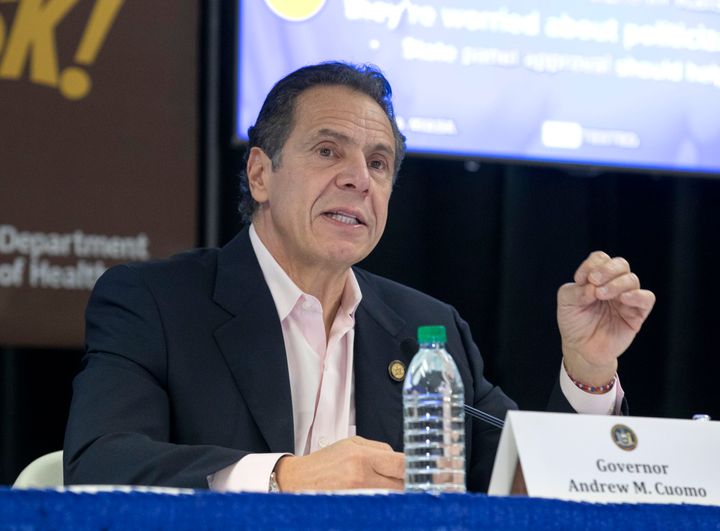