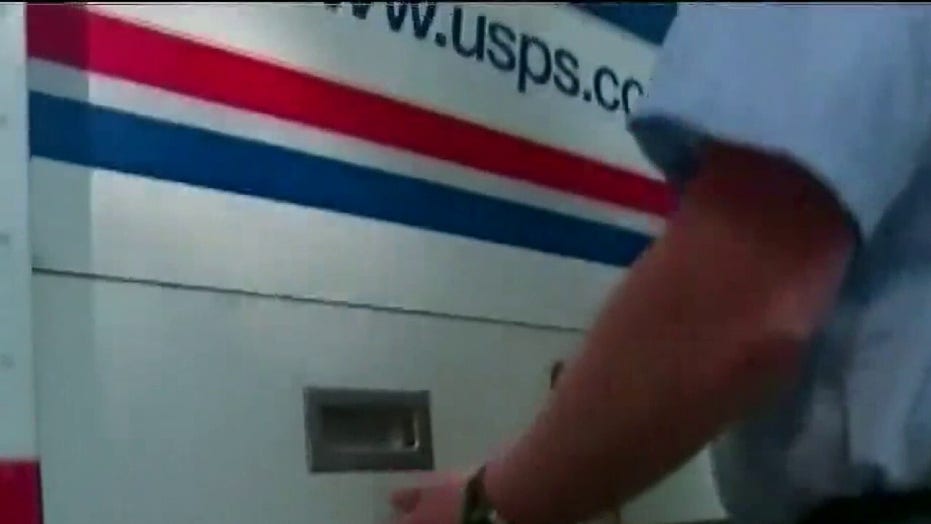 Catharine Skipp voted by mail for the first time ahead of Florida's primary on Tuesday because she has largely confined herself to home during the coronavirus pandemic. She also had another new experience: Her ballot was challenged.

The 66-year-old Democrat and native Floridian lives in Miami-Dade County, the area hardest hit by the virus. She said she registered to vote the first chance she could and has voted in every election since, usually being in line when polls open on Election Day.

"I always had a thing for being there at 7 o'clock when the doors open," Skipp said. "It was sort of nice to just sit at my desk."

The pandemic has clearly inspired many to vote by mail. As of Monday, more than 2.1 million people had cast mail-in ballots with more still coming in. That compares to fewer than 1.3 million in the 2016 primary. Unlike 2016, when there were primaries for U.S. Senate that helped drive up turnout, there are no statewide races on the August 2020 ballot. 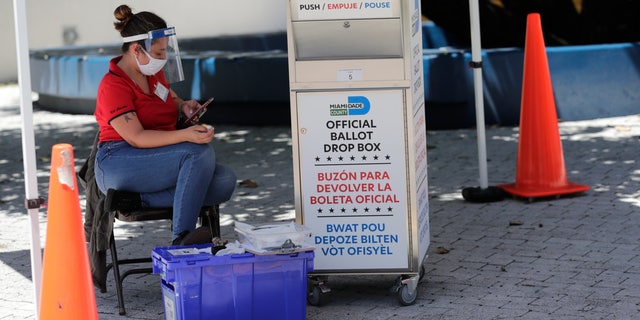 A poll worker wearing personal protective equipment as she monitors a drop box for mail-in ballots outside of a polling station during early voting Aug. 7, in Miami Beach, Fla.
(AP Photo/Lynne Sladky)

Mail-in ballots have to be received by 7 p.m. Tuesday in order to be counted. For voters who obtained vote-by-mail ballots but ran out of time — or in some counties, stamps — to send them by mail, Florida's secretary of state recommended hand-delivering them to secure drop boxes at each county's elections offices.

While President Donald Trump has raised questions about the potential for fraud in voting by mail, he later walked back his comments and said Florida's system is secure.

Skipp also praised the system, even after elections officials questioned the signature on her ballot. She was given notice that her signature was challenged and given plenty of time to correct it.

"I was impressed. It felt very secure. Very on top of it," she said. "They questioned my signature in an efficient way. And then I got an email that they had received my cure affidavit and everything was cool." 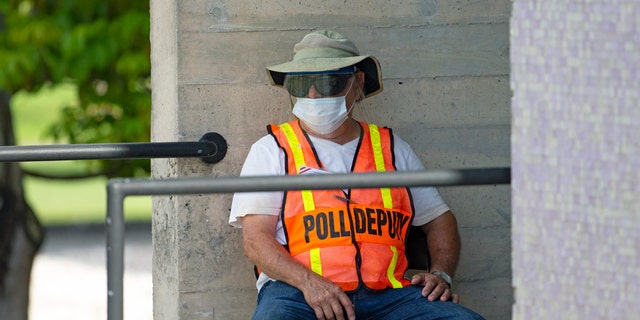 A worker waiting outside the polling place during early primary voting at the Miami Dade College North Campus in Miami on Aug. 9.
(David Santiago/Miami Herald via AP)

Democrats now have the edge in Florida, but independents can, as usual, make all the difference. As of June 30, Florida had nearly 4.9 million active Republican voters and more than 5.1 million active Democratic voters.

The state has nearly 3.8 million voters who either are not registered with a party or are registered with a minor party. While they can't vote in legislative or congressional primaries, they can vote in nonpartisan local races.

Florida will elect at least two new members of Congress this year, and the Republican primaries in two districts will likely decide who they will be.

Republican U.S. Reps. Ted Yoho and Francis Rooney are leaving office in heavily GOP districts. There are 10 Republican candidates seeking to replace Yoho in District 3, which stretches from Ocala to just south of Jacksonville. 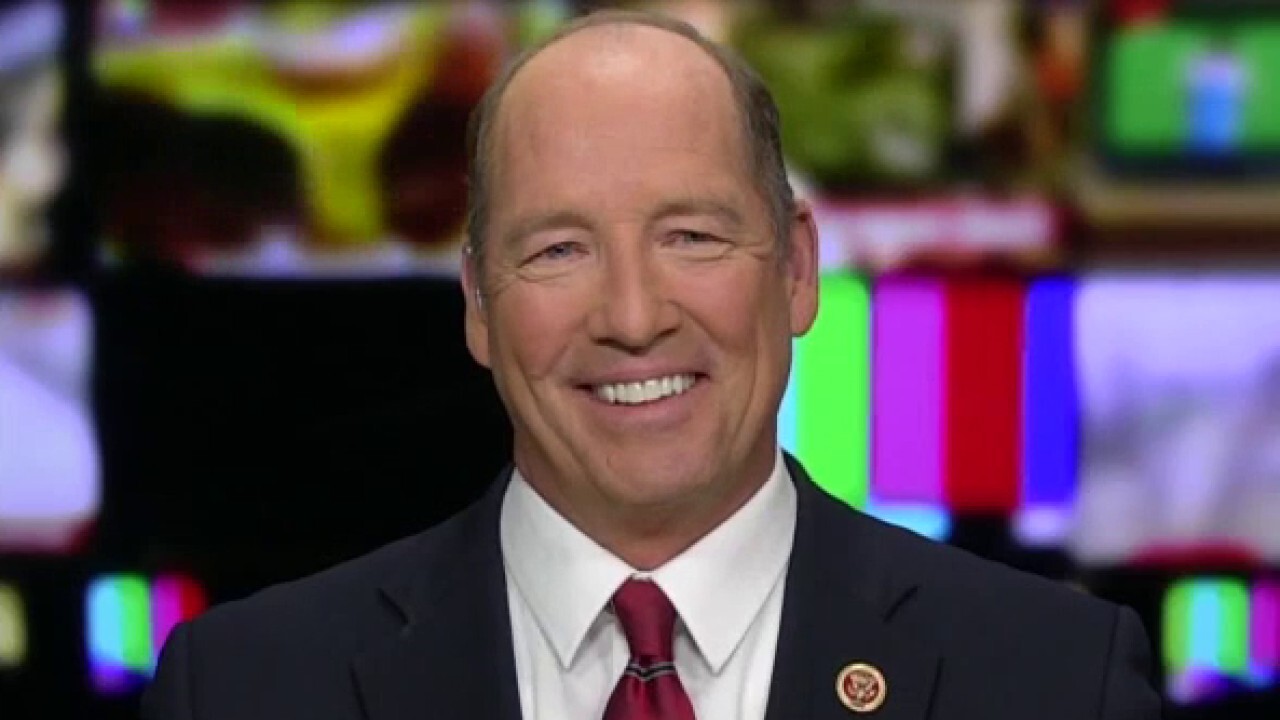 Florida Republican Rep. Ted Yoho opens up about encounter with Rep. Alexandria Ocasio-Cortez on ‘The Story.’

Rooney is in District 19, where nine Republicans are on the ballot, including state Reps. Dane Eagle and Byron Donalds. The district includes Naples and Fort Myers in southwest Florida. Businessman Casey Askar has used at least $3 million of his own money on the race, while physician Bill Figlesthaler has invested more than $2 million of his own funds.

The House Ethics Committee was looking into allegations that Spano borrowed more than $100,000 from two friends and then loaned the money to his campaign. But it paused the review when the U.S. Department of Justice also began investigating it. Spano has denied any wrongdoing.