It shouldn’t take a global epidemic to make people realize that paid sick leave is a critical economic policy, but here we are.

As coronavirus sweeps through the country, the fact that the U.S. is one of only a few developed countries that does not guarantee workers paid time off when they’re sick is getting an unprecedented amount of attention.

Editorials from publications around the country — Raleigh, San Antonio, Orlando, Washington state and New York — are pressing for paid sick leave. House Democrats put the issue at the top of their coronavirus stimulus bill agenda. Congressional Republicans, long opposed to such benefits, are warming to the idea. Even companies long hostile to giving workers these benefits are — begrudgingly — doing something.

Americans, ever the individualists, are typically wary of “paying for someone else’s problem.” It’s an attitude that has held back social policies like universal health care and child care, as well as maternity and sick leave.

But the disease caused by novel coronavirus, COVID-19, can’t be solved at the individual level. It’s everyone’s problem, solvable only at the collective level. The health crisis is so big that it actually may burst the American illusion that we’re on our own.

“People are finally coming to see that we are only as safe as the most vulnerable person among us,” said Ellen Bravo, a strategic adviser to advocacy group Family Values @ Work, who’s been fighting for paid leave for over 16 years. “We all are affected by this. Now that people are thinking about the subway and who they sit next to on the plane, it’s finally getting through.”

Bravo stood outside a Milwaukee restaurant years ago trying to drum up signatures for paid sick leave. She asked one man walking out the door if he’d sign. He already had sick leave, he told her.

“I said, ‘How about the guy who made you lunch?’” Bravo recalled.

The man turned around and signed.

If a worker gets paid sick days through their job, which about three-quarters of Americans do, it’s only natural they may not think much about the people, mainly low-income, who don’t. Coronavirus changed that. It’s as if a collective lightbulb has clicked on. When workers come in to work sick — and about half say they do — everyone is at risk.

Republicans have long been hostile to the idea of paid sick leave. Even though they concede there’s a need for sick leave now, there’s resistance. Sen. Marco Rubio (R-Fla.) said recently that he believes companies will simply do the right thing on the issue.

And perhaps some will. Just this week, Uber, McDonald’s, Darden Restaurants (which owns Olive Garden) and Instacart all announced some kind of sick leave policy. Many major fast food companies, however, including including Burger King, Chick-fil-A and Panera, still haven’t implemented paid sick leave for their workers.

And even the policies that have gone into effect likely won’t be sufficient to help stop the spread of the virus. Uber and Lyft said they’d compensate workers, but only if they tested positive for COVID-19. That means workers who are sick but can’t get tested for a myriad of different reasons will still be out driving. 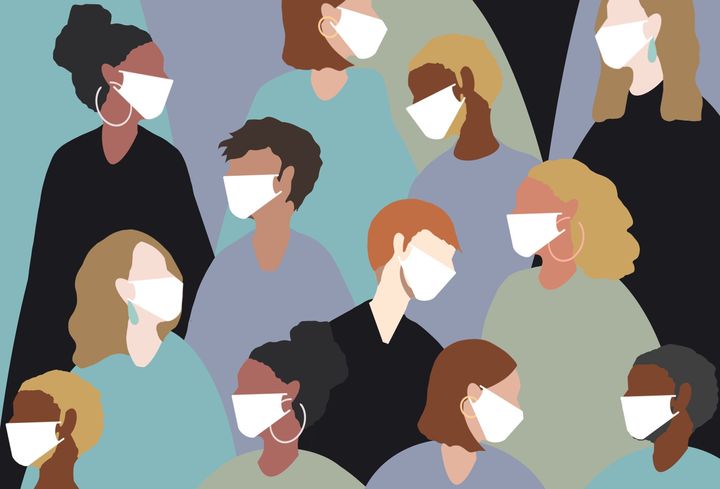 A stricter policy is clearly still necessary. And sick leave, at least for workers who are quarantined or home with children who can’t go to school, is on the table as Congress negotiates a coronavirus stimulus bill.

Sick leave could be tied to some kind of tax incentive for businesses to make it more palatable to Republicans, said Josh Bivens, an economist at the progressive Economic Policy Institute.

“In normal times you’d mandate it, phase it in,” he said. But it’s a lot to ask companies to take on extra costs during the epidemic when they’re about to “get whacked on the head” with less business coming in. A tax break might actually make sense in that context.

Advocates said they were hopeful (and doubtful).

“I’d say we’re in a moment positioned for change except for the political landscape is so messed up,” said Vicki Shabo, an expert in paid leave policy and a senior fellow at New America.

It typically takes a crisis to move the needle on safety net policies. Unemployment insurance and Social Security emerged as a response to the New Deal.

Certainly, the virus is pushing people to support sick leave who previously were on the fence. An editorial in a San Antonio paper conceded it had been “ambivalent” on paid leave, seeing it as an overreach by local government. But no more.

“The possibility of an outbreak underscores the importance of paid sick leave,” the editorial says.

Paid leave, of all kinds, has long been one of those issues that most people don’t think about until they need it. The fact that the U.S. offers no maternity leave to new mothers isn’t an urgent problem ― until a woman is pregnant and needs to figure out how to pay for time off after she has her baby. Family leave doesn’t seem like a must-have ― until a loved one is in the hospital dying and a worker can’t take time off to be with them.

Democrats have long supported paid leave policies, but the issue hasn’t gotten the same kind of attention as big-ticket items like health care or social security. Even now, the issue of paid family and medical leave, which would cover the kinds of longer-term care needs that are clearly going to come up during this crisis, isn’t getting enough attention.

The 2020 presidential candidates have endlessly discussed health care, but paid leave has hardly come up during the Democratic debates.

Perhaps a key test of the issue’s salience will come during the next debate, which is set to take place on Sunday. The remaining candidates will debate in front of cameras, but with no audience in attendance because of concerns over the coronavirus.