Filmmaker and Democrat ally Spike Lee shared his belief in 9/11 conspiracies in an interview for his latest project.

On Monday, Lee spoke with New York Times writer Reggie Ugwu to discuss his new eight-hour documentary series “New York Epicenters: 9/11-2021½.” The four-part installment, which first premiered on HBO on Sunday, focused primarily on New Yorkers and their reactions to both the COVID-19 pandemic as well as the September 11 World Trade Center attacks.

Ugwu noted the series included several members of the conspiracy group Architects and Engineers for 9/11 Truth. This group among others have suggested that government officials had some involvement in the World Trade Center collapse.

When asked why he included the conspiracy group, Lee revealed that he himself believes in the 9/11 conspiracy theories, including the notorious theory that “jet fuel can’t melt steel beams.”

“Because I still don’t … I mean, I got questions. And I hope that maybe the legacy of this documentary is that Congress holds a hearing, a congressional hearing about 9/11,” Lee said.

Ugwu asked Lee if he believed the “official explanations” for the 9/11 terror attacks.

“The amount of heat that it takes to make steel melt, that temperature’s not reached. And then the juxtaposition of the way Building 7 fell to the ground — when you put it next to other building collapses that were demolitions, it’s like you’re looking at the same thing,” Lee responded. “But people going to make up their own mind. My approach is put the information in the movie and let people decide for themselves. I respect the intelligence of the audience.”

Ugwu then remarked that while Lee promotes questions on 9/11, he does not support conspiracy theories about vaccines or the 2020 election. Lee appeared to shrug off the comparison.

Despite his controversial views, Lee has been a top donor and ally for Democrat and far-left politicians. 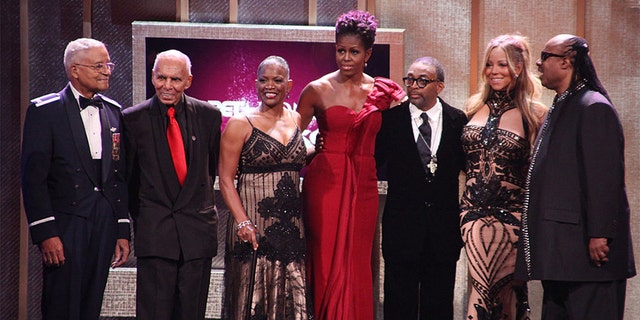 In 2012, he notably hosted President Barack Obama in a fundraiser at his Manhattan home. In 2016, he campaigned for Vermont Sen. Bernie Sanders, I., ahead of the primaries, appearing in a radio ad for the candidate. 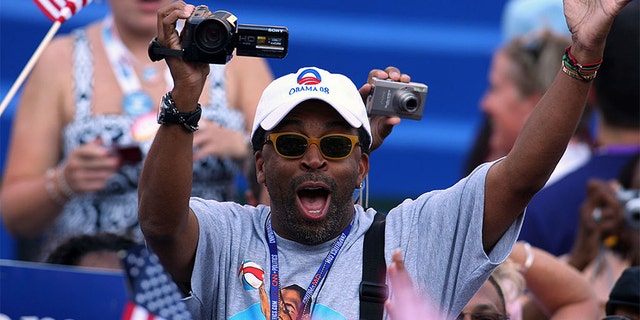 In 2019, he also hosted a sold-out fundraiser for Sen. Kamala Harris, D-Calif., in Martha’s Vineyard.

Spike Lee also noted that the New York Police Department declined to be interviewed in the documentary due to his unflattering portrayal of the police.

“The only people who said no was NYPD. They don’t look good in this. And that footage [of police officers assaulting Black Lives Matter protesters in 2020] does not lie. They were cracking heads,” Lee said.