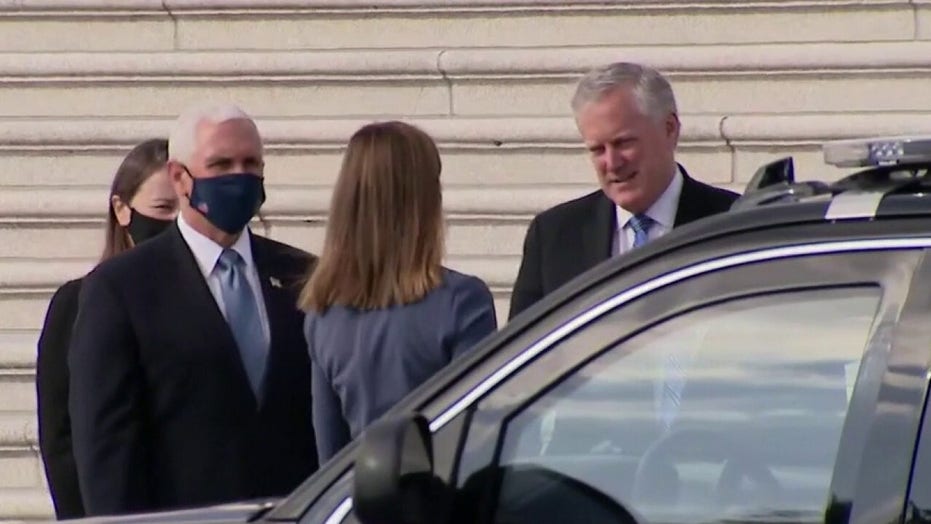 "Folks, this is what a mom can do," said Sen. Joni Ernst, R-Iowa, while marveling at Barrett's record that led to her nomination to the highest court of the land.

The Republican women acknowledged the tough election-year confirmation process ahead for President Trump's Supreme Court pick and called on the country to unite behind Barrett, who they said can be a role model for the next generation of girls. 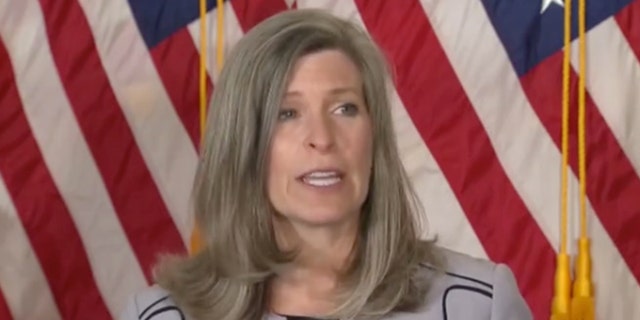 "I have total confidence in her," said Sen. Cindy Hyde-Smith, R-Miss. "I think she will be an amazing addition to the court."

"It's going to be a tough process, but women are just naturally strong," she added.

Barrett, 48, is a 7th Circuit Court of Appeals judge, a professor at Notre Dame law school and a former clerk to the late Justice Antonin Scalia. She has seven children with her husband Jesse. Two of their children were adopted in Haiti. Her youngest child has Down Syndrome.

"Honestly I am in awe," Capito said. "As a mother myself of three and now a grandmother of seven – if I get all seven of my grandchildren in a room together I can only last about half an hour. She's living with seven children and doing it quite well."

Capito added that the judge's balancing act can't be easy and she implored her fellow senators to "be rejoicing in the fact that we have an accomplished woman to consider and that we have a role model for our girls, our daughters and our granddaughters." 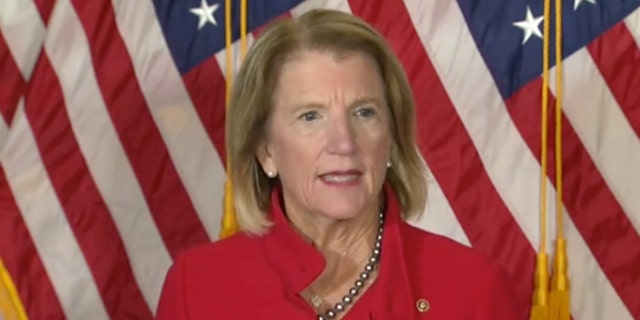 The women predicted attacks on Barrett's Catholic faith and family and called for prayers for the nominee.

"She's a woman who is shattering barriers [and] glass ceilings," Loeffler said. "As a businesswoman, as a political outsider, I'm someone who understands that. I also know that she'll be attacked. And as the Senate's newest member, I understand that firsthand. But look, this is an incredibly accomplished, graceful woman… I just pray that this moment does not tear our country apart." 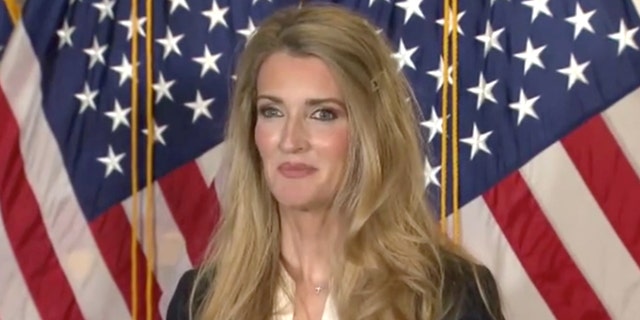 Notably absent from the event were two other GOP women, Sens. Susan Collins of Maine and Lisa Murkowski of Alaska. Both have opposed charging through with the Senate confirmation so close to an election – and in opposition to the GOP stance of four years ago when Senate Majority Leader Mitch McConnell, R-Ky., refused to take up President Obama's nominee of Merrick Garland eight months before the presidential election.

Barrett was back on Capitol Hill Wednesday for the second day of meetings with GOP senators.

Democrats have slammed the rushed, "illegitimate" process and warned that Barrett's addition to the court threatens women's access to abortions and health care, as a case on the Affordable Care Act comes before the court in November.

The Senate Judiciary Committee has slated an Oct. 12 hearing for her confirmation and Barrett has already turned in her 65-page questionnaire to the committee to jumpstart the vetting process.