The UK’s Competition and Markets Authority (CMA) has accused Facebook of monopolizing global GIF supply with its May 2020 purchase of New York-based startup Giphy.

In a statement issued on March 25, the CMA said they had “found that Facebook’s completed acquisition of Giphy raises competition concerns in relation to digital advertising and the supply of GIFs.”

Giphy distributes around 10 billion GIFs to 700 million people every day.

When the merger took place, both UK and Australian competition authorities issued statements confirming they were probing the deal.

This isn’t the first time Facebook has faced anti-competition allegations; two major US antitrust lawsuits were filed against the tech giant in December.

However, Facebook has asked for them to be thrown out and reportedly even offered to pay tech companies to build a rival social network.

Giphy too has tried to compete with tech companies — in their case, Google.

Since it began operations, Giphy has claimed to be the second-largest search engine in the world.

Google snapped up Giphy’s rival Tenor in 2018, although it lags behind Giphy, delivering 12 billion GIFS to 300 million users in a month. 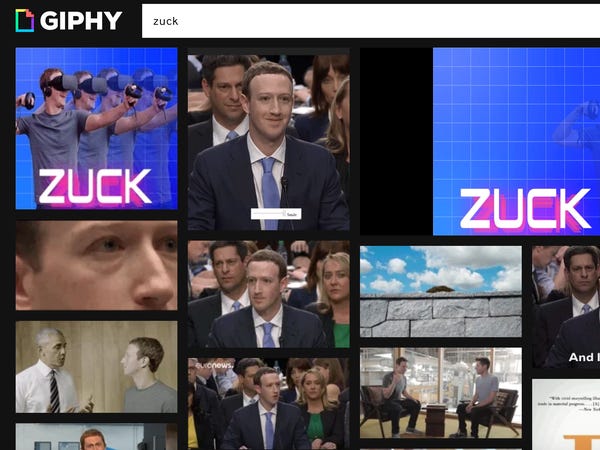 The CMA said Giphy had previously competed with Facebook outside the UK through partnerships with brands like Pepsi and Dunkin’ Donuts, and that this competition was initially to be extended to the UK.

Regulators are concerned that Giphy will now have “less incentive to expand its digital advertising” and that Facebook will increase its power in interactions with rival platforms.

“The deal could harm rival social media platforms, as it could mean Giphy would stop supplying GIFs to these companies or do so on worse terms,” the CMA said.

Users and their data

At the time of acquisition, the tech giant assured that developers and customers of the library would continue to have access to it. However, since May Giphy has not served GIFs to other new networks.

Speaking last year, Facebook executive and self-described “sponsor” of the deal Adam Mosseri said concerns over Facebook’s use of Giphy to access data were unfounded.

“GIPHY has little user data,” he said. “The data about competitors is also limited to how often people search for GIFs and what they search for, and developers can easily manipulate the API calls they make.”

However, platforms like Telegram and Signal immediately commented after the acquisition saying they would adopt the necessary measures to prevent users of their services from being spied on by Facebook.

The CMA has given Facebook five days to present its allegations and remedies to the potential risks that the acquisition of Giphy would cause in the online advertising industry.

The deadline, which expires in the next few hours, will be followed by a one-week period during which the CMA can start legal proceedings for monopoly.