Behind the comedic rise — and controversial fall — of Ellen DeGeneres

Most shocking moments in “The Ellen Show” history

Ellen DeGeneres confirms she is ending talk show: ‘It’s not a challenge anymore’

On the heels of her announcement that she would be ending her daytime talk show after almost 20 years, the longtime host bought back her Montecito, California, ranch for $14.3 million.

DeGeneres, 63, along with Portia de Rossi, initially purchased the property, dubbed Rancho San Leandro, back in 2017 for $7.2 million before flipping it and selling it for $11 million in 2018 at a hefty profit.

Now it would seem DeGeneres is feeling a bit sentimental and wants to make the ranch her home again.

This comes amid a torrent of allegations of toxic workplace behavior and bullying. However the comedian has said that her departure from the talk show was long-planned as she seeks a new creative challenge.

The home is located right next door to Oprah Winfrey’s 70-acre estate in a neighborhood that’s home to a growing list of celebrities, including Prince Harry and Meghan Markle, Rob Lowe and Tyler Perry.

Located within a guarded community and approached through a long driveway lined with dozens of ancient olive trees, the estate is comprised of several buildings, including a 3,100-square-foot, single-story hacienda built back in the 1850s and carefully preserved for more than 170 years.

The L-shaped structure, known as the Adobe House, partially encircles a cobblestone courtyard and offers one bedroom and one bathroom. Features include an expansive master suite, a gourmet kitchen, breakfast room, a subterranean wine cellar and a game room.

The other residence, known as the Monterey House, includes a living room, kitchen, three bedrooms and four bathrooms.

Other features of the house includes an outdoor entertainment terrace with a fireplace, dining areas, and an adjacent formal library and fitness room.

Perhaps the most decadent feature is the large horse stable with four stalls, a riding rink, large barn, and a tack room that overlooks a fenced dressage arena and paddocks. 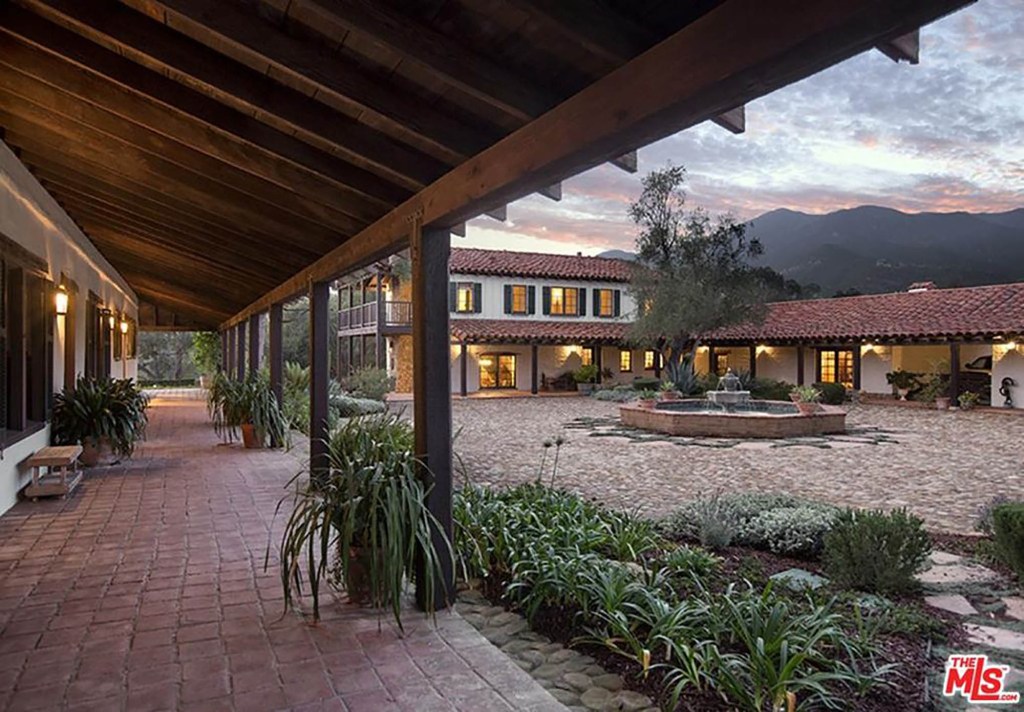 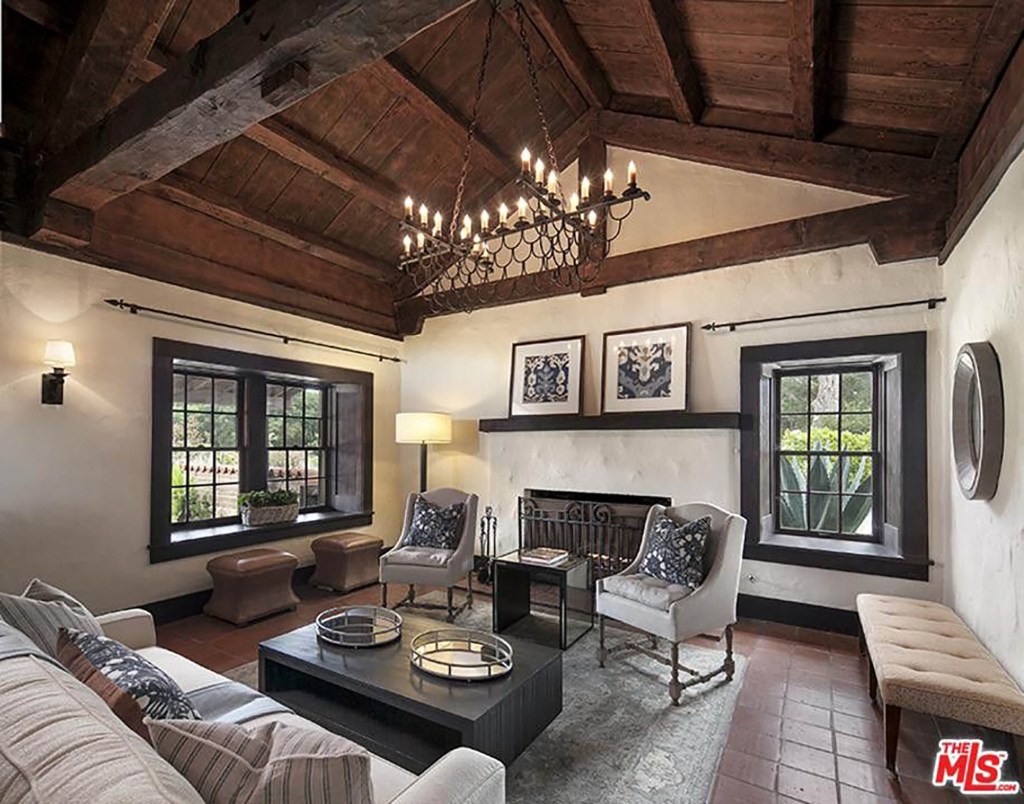 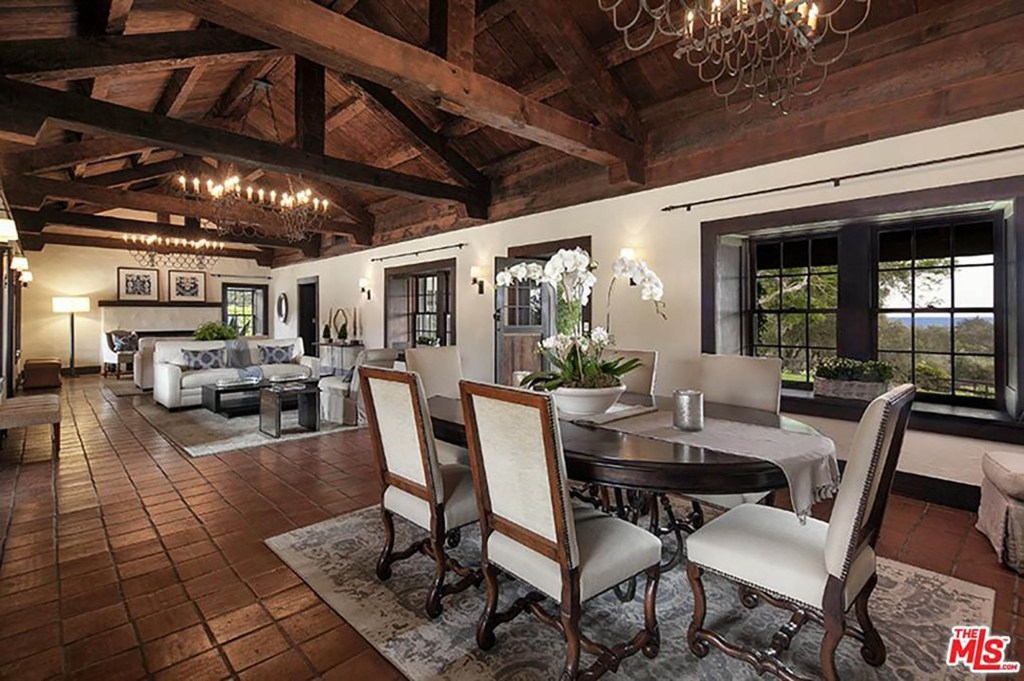 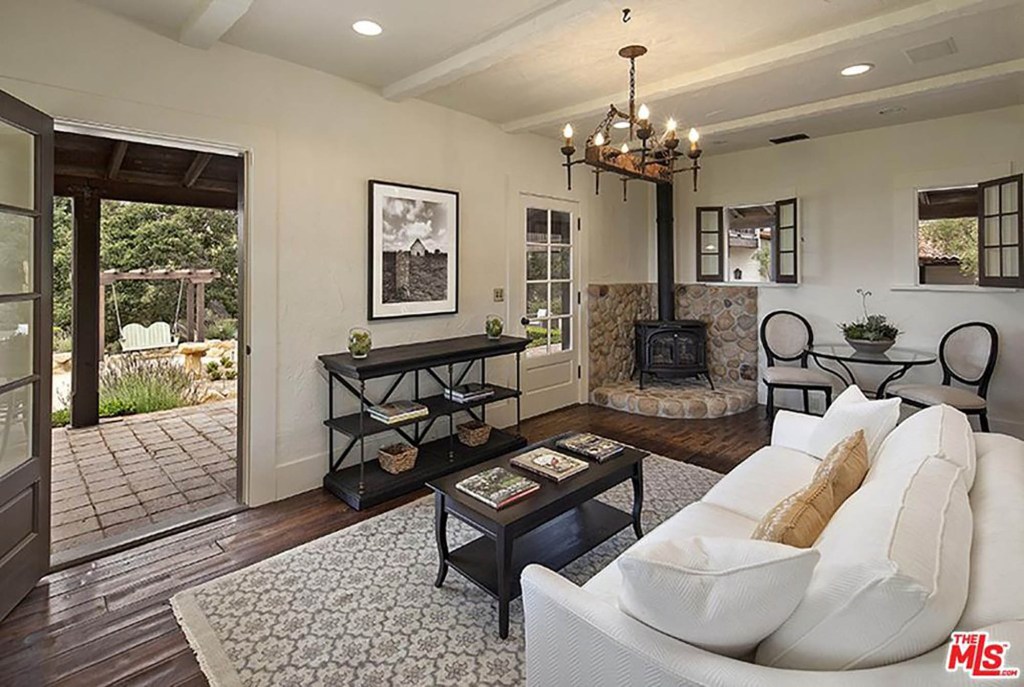 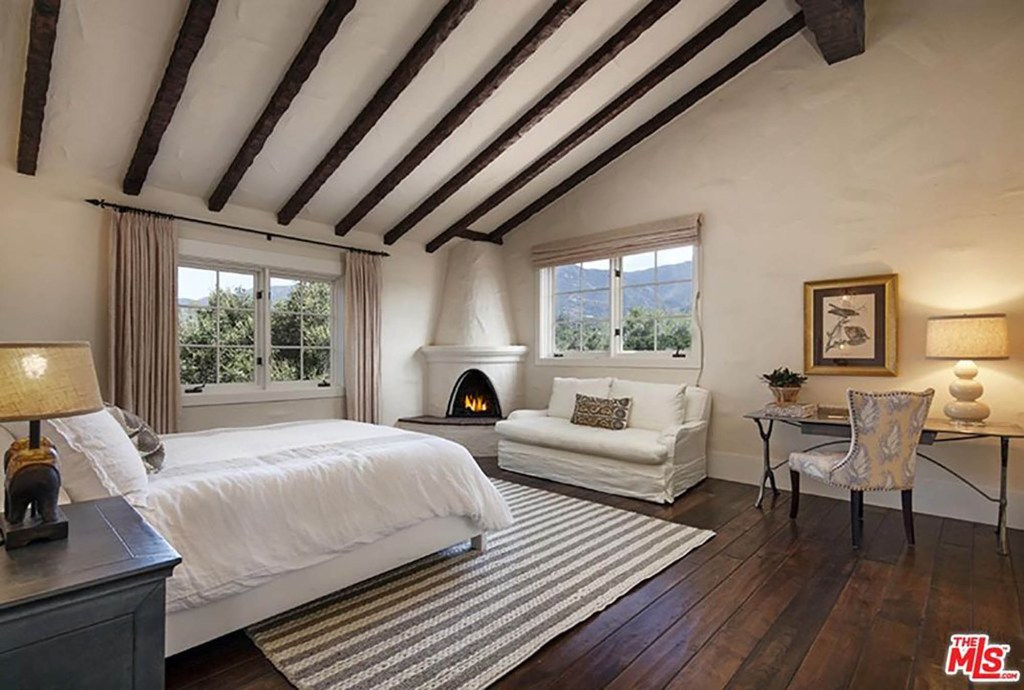 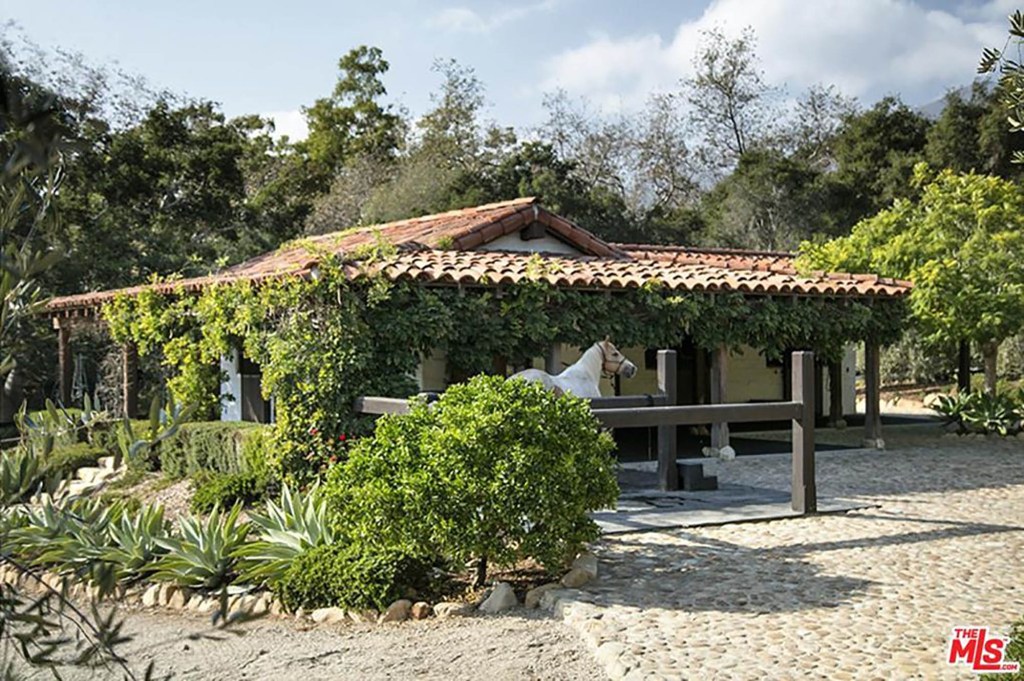 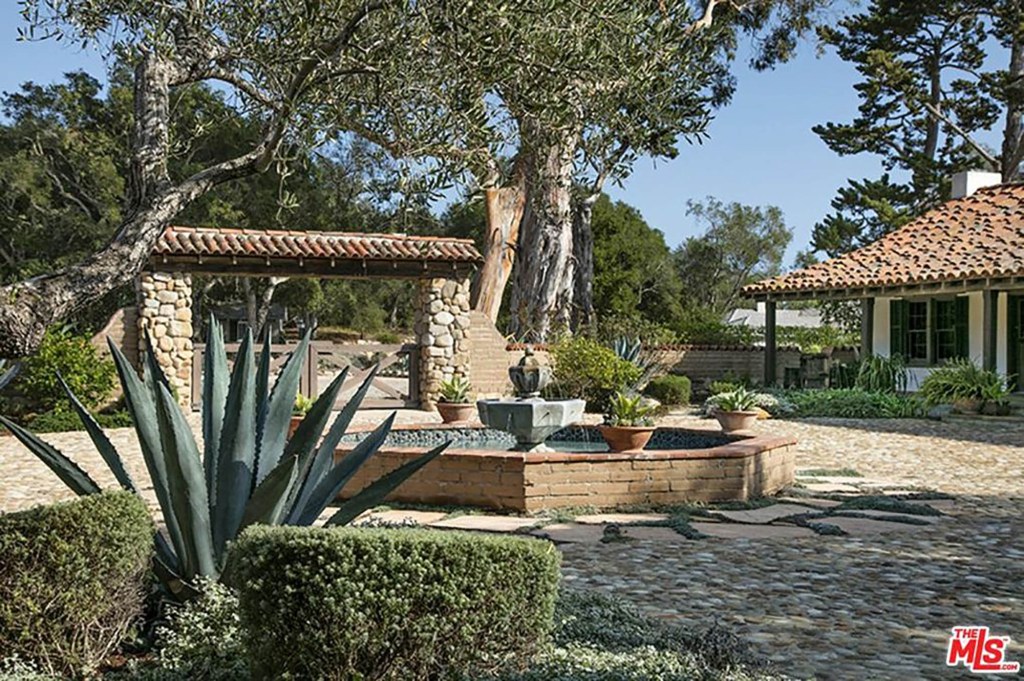 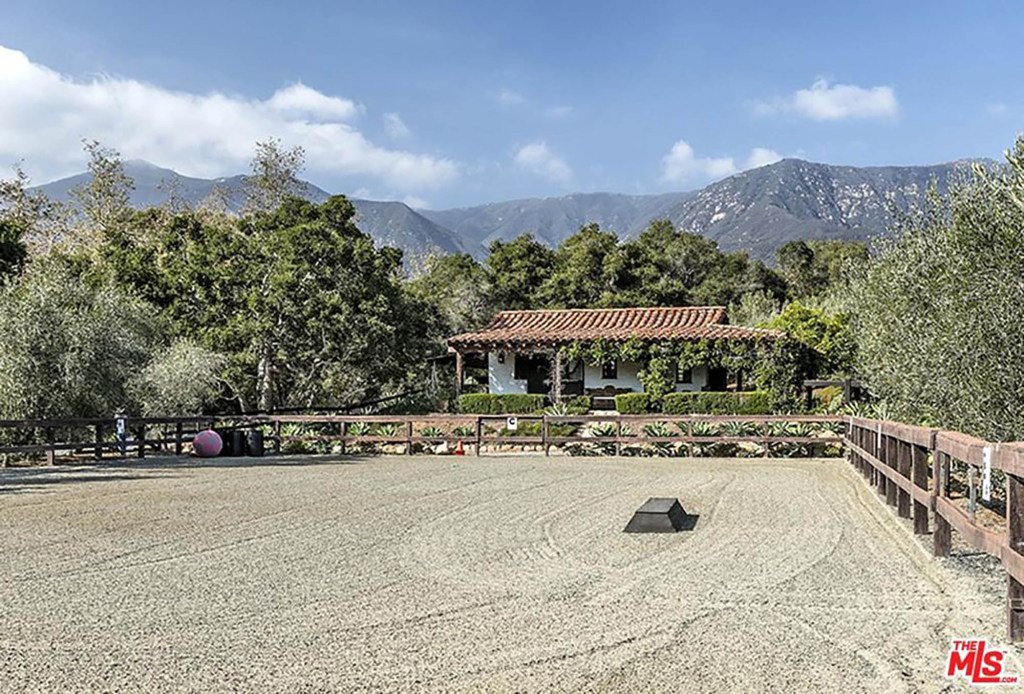