In the wake of the the killings of George Floyd, Breonna Taylor, and other Black Americans, and the recent shooting of Jacob Blake, business leaders find themselves at a crucial moment in history. They're facing a corporate awakening on racial violence and inequality in the US. Workers are calling on their leaders to speak out and promote equality.

There's arguably no one in a more important, or precarious position, than diversity and inclusion officers. In 2019, 234 of the S&P 500 companies had diversity professionals, nearly two-thirds of whom had started their jobs within the past three years, according to data from Strategy+Business.

These DEI executives have the critical challenge of navigating company efforts for racial justice, equity, and inclusion as the whole world watches and demands change.

Business Insider spoke with several leading diversity, equity, and inclusion (DEI) leaders at top US companies. Here's what they had to say about how they're feeling, and how their job has changed in recent weeks.

Note: These interviews were conducted shortly before the video of Jacob Blake's shooting went viral.

Randall Tucker, chief inclusion officer for Mastercard, said the past few weeks have been 'painful,' but added that 'tremendous' support at work has helped him feel that he can usher in real change. 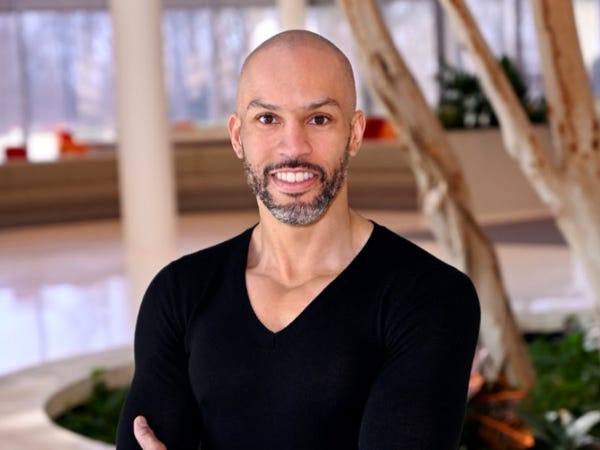 As a Black, gay man, Randall Tucker said he's known prejudice and discrimination "my entire life," but that the past several weeks have been particularly "painful." His work, however, has provided a reprieve.

"There has been a tremendous groundswell of support, of action, of investment from leaders at all levels to take this moment and make it count," he said. "That makes me feel like everything I've done that has led me to being here at this moment was all worth it, because we have the opportunity to effect real change."

In June, Mastercard announced it would increase Black leadership at the VP level and above by 50% by 2025, boost annual spending with Black suppliers by more than 70% to $100 million annually by 2025, and advocate for police reform and criminal justice reform.

Dalana Brand, vice president and head of inclusion and diversity at Twitter, said she feels a weight on her shoulders to not only ensure the company continues to diversify, but also while living in fear that her daughter "could be the next Breonna Taylor." 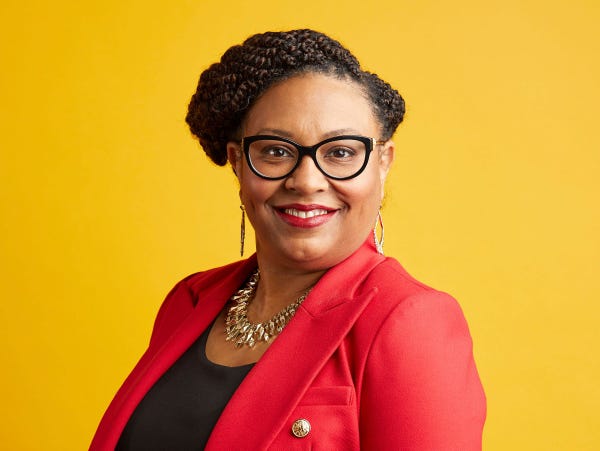 "From a personal perspective, I am a Black woman and live at the intersection of racism and sexism, so I deeply understand the feelings and frustrations that have sparked the protests," she said. "I bring that burden and empathy to my professional obligations."

Brand said Twitter, as a social media company, recognizes its power to amplify discussions around racism both publicly and internally. The company has hosted talks on topics including anti-racist behavior and allyship. 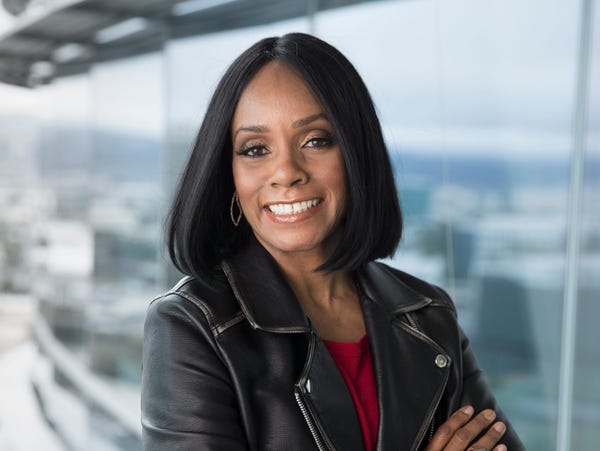 "Black and brown families are really feeling the pain of this pandemic, and as a Black person in the US, I have not been spared," she told Business Insider. "It's also impossible to ignore the calls for racial justice, and to not feel the intense pain, fear and anger that arises when another Black person is murdered violently by the law enforcement officers who should be protecting them. Like all Americans, I've seen this story repeat itself too many times, and I find it personally exhausting."

In the wake of the killing of George Floyd, Williams and the SAP team hosted town halls on racism and conducted a three-part seminar on the inequalities exposed by the coronavirus. More employees are participating in diversity employee resource groups and the events they're hosting.

In addition, the company's leaders set a new goal to double the representation of Black employees in the US within the next three years. The company also joined many other companies in pulling paid advertisements from Facebook in the "Stop Hate for Profit" boycott, aimed at pressuring the social media giant to do more to tackle the spread of hate and misinformation on its platform. 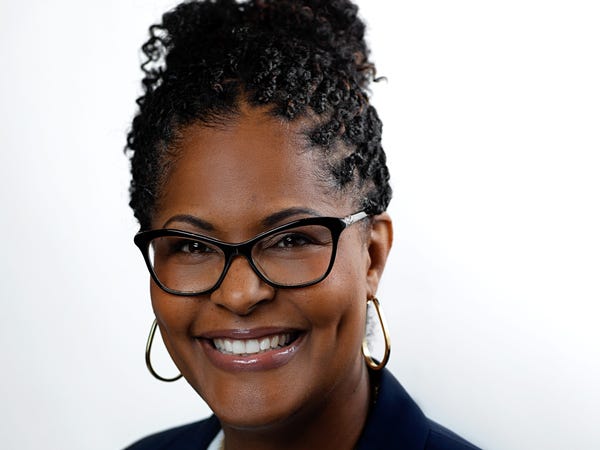 HP's Lesley Stanton Brown knows her work isn't easy. And it's been especially difficult the past few weeks.

"Because my job is to advocate for diversity, equity and inclusion, there was a point when I had to push down my personal feelings of anger, sadness, and frustration to focus on the matters at hand around Black Lives Matters and the racial and social unrest we're experiencing. It was taxing for me initially," she told Business Insider.

There's more pressure on her, but that's not necessarily a bad thing.

"The now hyperfocus and commitments toward action at the very top of our company and others gives me optimism and hope," she said.

Under Brown's leadership, nearly 400 employees have raised their hand "passionately wanting to be involved" in the company's Racial Equality Task Force, a recently established group aimed at promoting racial equity and inclusion in the company.

In addition, HP CEO Enrique Lores has pledged to double the number of Black and African American executives by 2025 in the tech giant.

Lata Reddy, Prudential's DEI leader, said the Black Lives Matter movement has made her even more aware of the 'duty' and 'privilege' she has to usher in change. 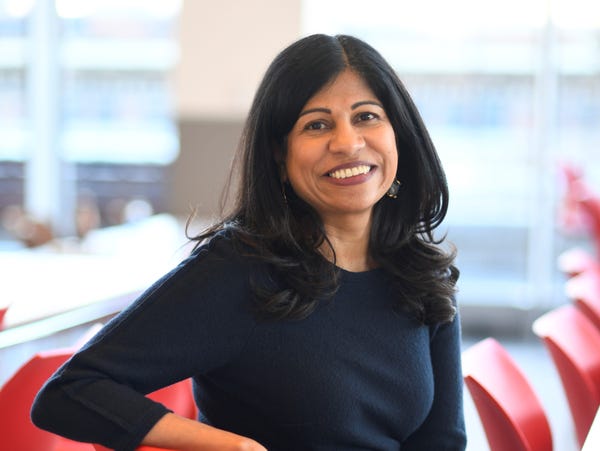 "As a non-Black person of color, I have faced stigma and discrimination in certain contexts but experience the benefits of relative privilege in others," Reddy told Business Insider. "I also lead a DEI organization within a major company, which confers positional authority. So I recognize that with this privilege I have a duty to continue to listen, learn and act to address the inequities that exist, especially those that affect Black lives."

As part of carrying out that duty, Reddy worked with senior leadership to implement changes within the company. In a new nine-step plan, Prudential mandated all US employees now have to undergo anti-racism and other inclusion training. In addition, the company committed to making its diversity data more transparent to employees.

Barbara Whye, the vice president of HR and chief diversity and inclusion officer at Intel, said she now feels it's more critical to use her voice and position to build a more inclusive environment at the company. 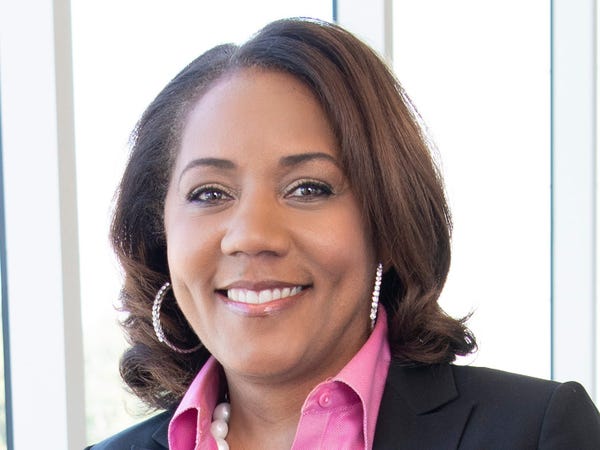 "The challenges we are facing right now are real, and we must face them head on as a company, a business community, and a society," Whye said.

Intel recently announced it would double the number of women and underrepresented minorities in senior leadership positions by 2030. The company has also announced it will bring AI skills training to 30 countries and 30,000 global institutions by 2030 to bring more people into STEM.

The executive said Intel has also committed to making its technology "inclusive to all" as a way to bolster diversity both inside and outside the company. She added that though conversations surrounding racism and inequality can be tough, innovation resides in "uncomfortable zones."

"Companies cannot solely focus on diverse hiring practices for getting people in through the door," she said. "They must also focus on creating inclusive environments for people once they're in to ensure that employees are engaged and can achieve their career goals."

Darnell Moore, the director of inclusion strategy for marketing and content at Netflix, said while structural racism both in the workplace and in the US isn't new, he's 'hopeful' about how the current movement may transform policies surrounding diversity and inclusion. 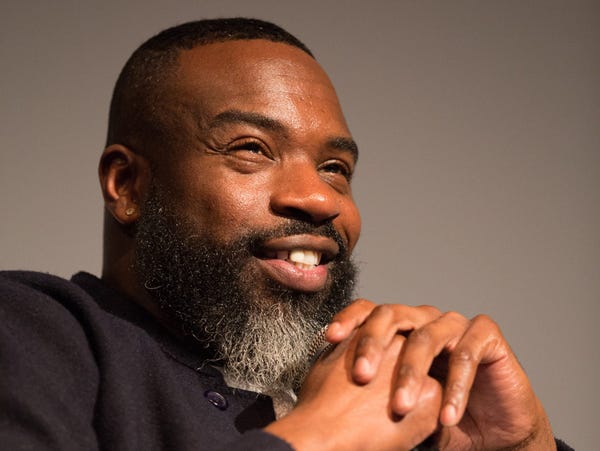 As a Black man, Moore said he faces a "double burden" with his colleagues in both trying to improve racial equality at work, while also suffering from structural barriers himself.

"Part of my practice is to share and be honest about that double burden with my colleagues," Moore said. "It is my way of talking about the impact of inequities that make our conversations more real than they are theoretical."

Moore said Netflix launched a $150 million global hardship fund to help ensure casts and crews on Netflix that may be suffering from the pandemic. Plus, the company has committed $100 million in capital to Black banks to narrow the racial wealth gap.

Moore said though his coworkers are "energized" and his calendar has been full the past two months, he's working to reserve the energy for the months where racism isn't so prevalent in the news cycle.