THE average motorist would only need to charge an electric car once every three weeks – with most drivers hardly needing to use the public charging network, research has revealed.

A survey of 2,000 motorists revealed more than half (56 per cent) are considering an EV as their next vehicle. 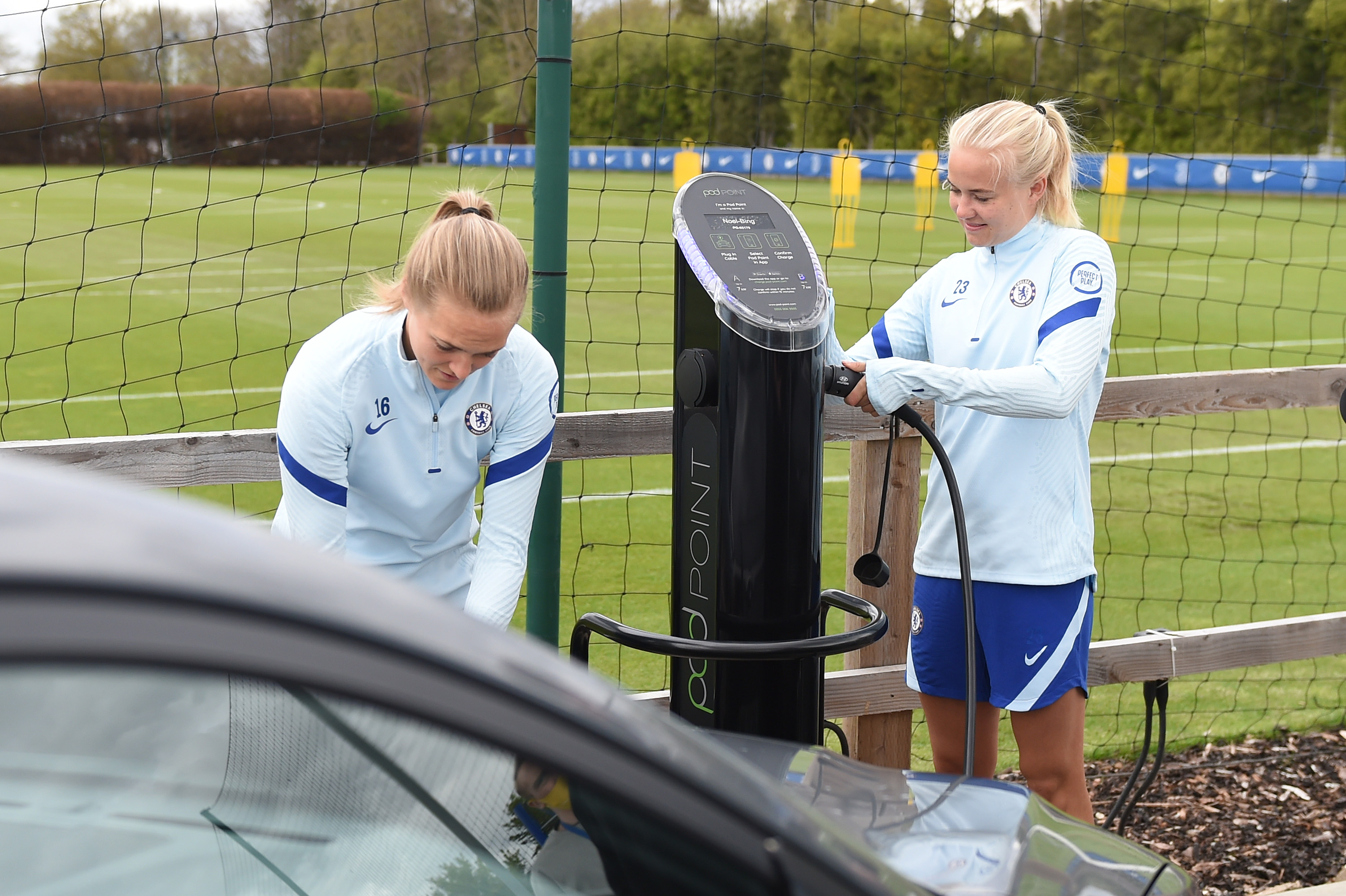 But there remain numerous myths they need to dispel in order to feel happy behind the wheel of a zero emission car.

A staggering 85 per cent admitted they would be worried about running out of battery and having nowhere to charge.

This is despite the average driver, surveyed by Hyundai, only driving 108 miles per week – just over a third of the 289 miles a Hyundai Kona Electric can do on a single charge.

With six in 10 (61 per cent) of respondents having a driveway or garage to house a home charger, most drivers would very rarely need to use any of the UK’s public charging network.

But 85 per cent said there weren’t enough public charging points, despite there being approaching 25,000 across the UK – almost five times as many as there were in 2016.

More than a third (35 per cent) like the idea of an electric car but are worried they won't understand how to drive one. This rises to 72 per cent among 18- to 24-year-olds.

Hyundai commissioned the research after supplying the Chelsea women’s side with a fleet of Kona Electrics.

Ashley Andrew, managing director at Hyundai UK, said: “The Blues have gone Green, and while demand for electric cars across the UK is soaring, there are still a number of obstacles we need to overcome.

“We’ve found the barriers to making the switch for first-time electric owners are education on how the car will fit into your lifestyle as well as getting to grips with slightly different terminology compared to traditional petrol and diesel vehicles.

“There is very little difference between driving an electric car compared to one with a combustion engine, and many find an EV is actually easier.”

The research also found more than half of those polled (57 per cent) don't understand the terminology around electric cars.

Just a fifth (20 per cent) of motorists understood what 64 kWh – the battery size – related to on an electric car, according to the OnePoll.com figures.

And 76 per cent think companies which have staff parking should be installing charging points to encourage employees to have an electric car.

To encourage the Chelsea players to go electric, Hyundai had a session with them explaining the ins and outs of how the car would fit into their everyday routine at their training ground in Cobham, Surrey.

Alongside the Kona Electrics taken on by the footballers, Chelsea have also had six charging points installed at Cobham.

Chelsea striker Pernille Harder, who is sharing an SUV with her girlfriend, team captain Magdalena Eriksson, said: “We had no idea how easy it was to charge an electric car.

“At first, we had the manual out and everything, and then we realised how quick, easy and smooth it was to plug the Kona Electric in.

“Having the charging points at the training centre is a complete luxury. We can just plug in before we start training, and then we can drive home with a full battery." 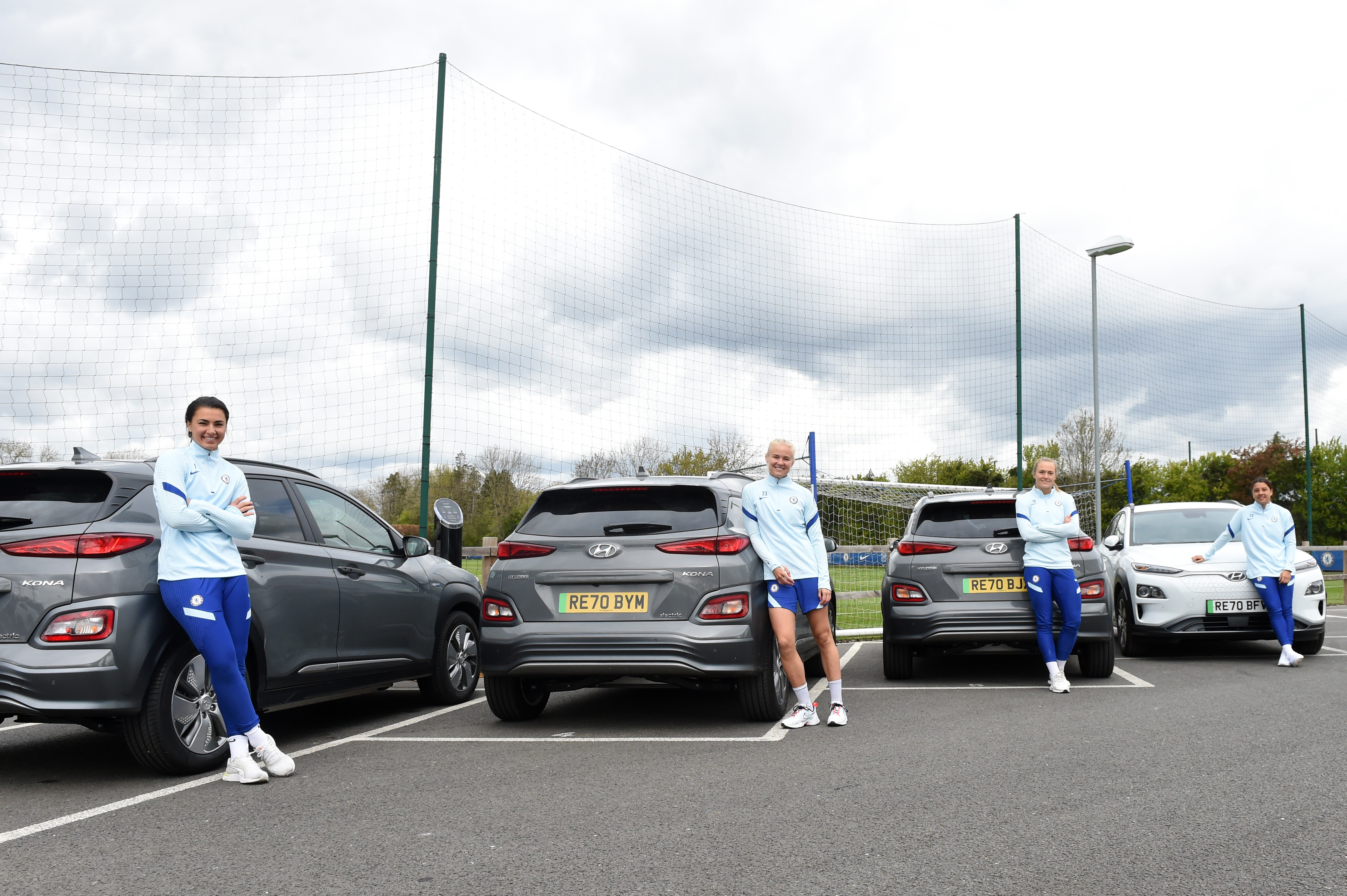