Donald Trump Jr. on Thursday took some time off from ranting on social media about his father’s rivals and spreading a conspiracy theory involving the Democrats and the coronavirus outbreak to share yet another strange meme of his dad.

In a picture that the president’s eldest son posted Thursday on Instagram, Donald Trump appears to sport a — wait for it — man bun.

The photo is titled at the top, “There, Now Liberals Will Love Him,” and the caption reads: “Secret Trump Campaign tactics to win over leftists leaked. Hahahah seems legit!!!”

… and a meme of him carrying a shark, an animal that the president reportedly hates: 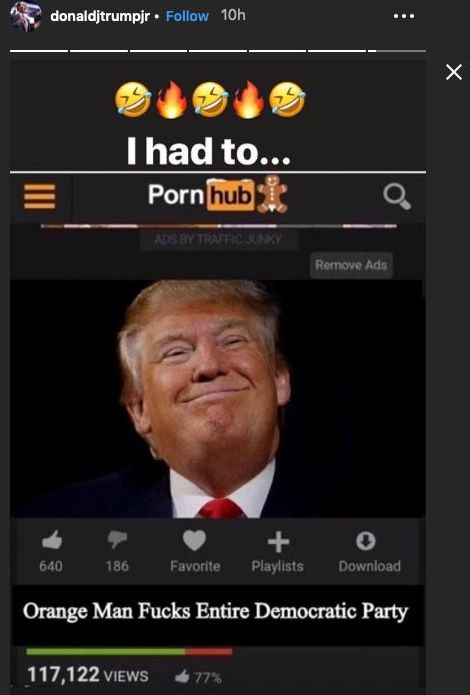