A district judge on Sunday night blocked three Georgia counties from altering or erasing data on Dominion voting machines after Republican nominees to the Electoral College filed an emergency motion.

Judge Timothy C. Batten Sr.'s order applies to Dominion voting machines in Cobb, Gwinnett and Cherokee counties, which are clustered in the Atlanta metropolitan area. The order does not apply to Georgia's other 156 counties.

"After a general election and hand recount audit, Vice President [Joe] Biden was declared the winner of Georgia’s General Election for President by a margin of 12,670 votes on November 20, 2020," the plaintiffs wrote on Friday. "But the vote count certified by the Defendants on November 20 is wrong. Tens of thousands of votes counted toward Vice President Biden’s final tally were the product of illegality, and physical and computer-based fraud leading to 'outright ballot stuffing.'" 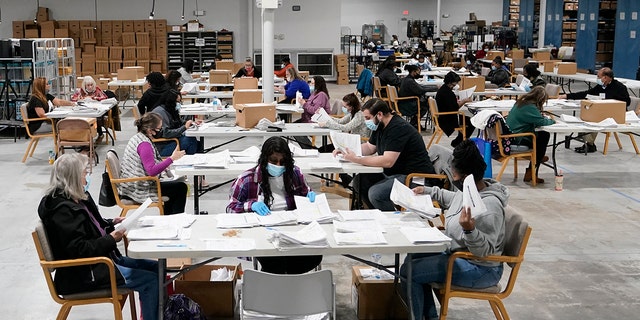 "Georgia's election process depends entirely on voting machines, tabulators and software purchased from Dominion Voting Systems Corporation ('Dominion') that was compromised. Computerized vote recording and tabulations are controlled by software programs that were designed to cheat, and which were open to human manipulation," the filing continued.

The elector nominees, who include conservative teen pundit C.J. Pearson, are seeking an order to allow them to inspect Dominion voting machines. They name Georgia Gov. Brian Kemp and Georgia Secretary of State Brad Raffensperger, both Republicans, among the defendants.

"WE WILL STOP THE STEAL," Pearson tweeted on Monday.

Dominion has until Wednesday "to file a brief setting forth in detail the factual bases they have, if any, against allowing the three forensic inspections. The brief should be accompanied and supported by affidavit or other evidence, if appropriate," Batten ordered.

Batten's order comes as all eyes are on Georgia amid twin Senate runoff races and President Trump's criticism of Kemp and Raffensperger over the election, which he lost. 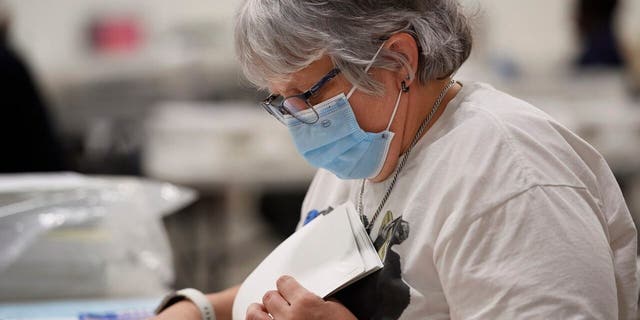 "Why won't Governor @BrianKempGA, the hapless Governor of Georgia, use his emergency powers, which can be easily done, to overrule his obstinate Secretary of State, and do a match of signatures on envelopes," Trump wrote on Twitter on Monday morning. "It will be a 'goldmine' of fraud, and we will easily WIN the state."

Michael Steel, a spokesman for Dominion, previously denied claims that vote cast through the company’s systems were at risk of being altered. He said it is physically impossible to alter votes in the system.

"Look, when a voter votes on a Dominion machine, they fill out a ballot on a touch screen. They are given a printed copy which they then give to a local election official for safekeeping. If any electronic interference had taken place, the tally reported electronically would not match the printed ballots. and in every case where we've looked at — in Georgia, all across the country — the printed ballot, the gold standard in election security, has matched the electronic tally," he said.

Fox News' Edmund DeMarche and Ronn Blitzer and the Associated Press contributed to this report.