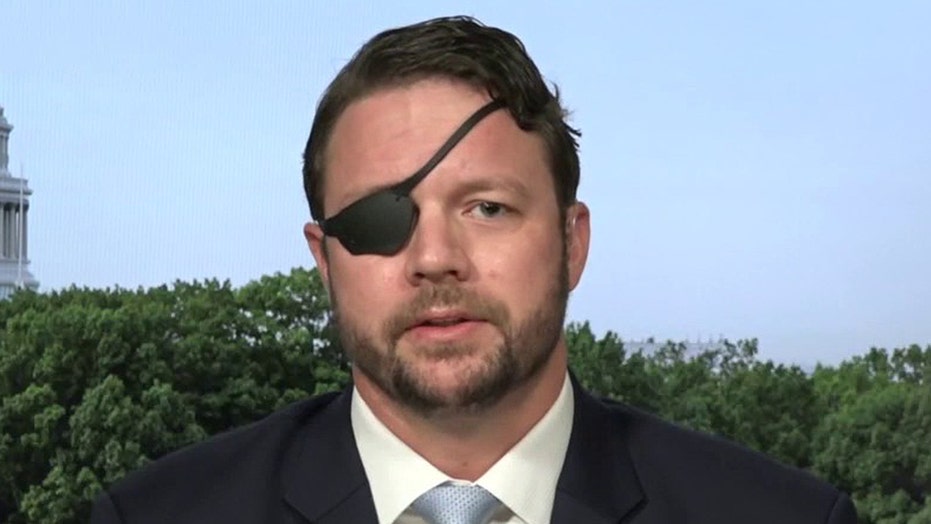 Rep. Crenshaw: There’s a clear choice in 2020 and the difference could not be more severe

“Just wondering if anyone sees any issues with our next generation reading Marxist propaganda in popular teen magazines…?” Crenshaw, a Republican who has represented Texas’s 2nd District since 2019, wrote on Twitter.

The political columnist, who has focused on issues related to racial injustice protests recently, centered her argument — mainly focused on rent and eviction cancellation and housing as a human right – around those struggling financially during the coronavirus.

“It’s been four months since the onslaught of the coronavirus pandemic first highlighted the failures of capitalism and the incompetence of the United States government,” Kandist Mallett wrote in the July op-ed titled "An Eviction Crisis Is Coming — We Need to Treat Housing as a Right."

“While we’re working to abolish the police, we must also work to dismantle what the police were put here to protect: property. What is more evident of the legacy of settler colonialism and its violence than the idea of the ownership of land?” she wrote

She said it was time to look at the role private housing plays in the “economic violence” against communities – especially those of color – who are currently facing eviction due to the pandemic.

“The pandemic didn’t create this housing crisis, but it did further expose the cruelty of payment-based housing,” she wrote. “Wages that have remained stagnant while rent prices ballooned, especially over the last two decades, have meant millions of Americans have been living one disaster away from being unable to afford their rent.”

She wrote there is a disconnect of “wealth and class” between politicians and the public. “The constitution was created by landowning white men, who were the only people who could vote for decades after this country’s founding. This legacy still guides the government’s funding priorities.”

Mallett added that the anti-eviction movement should be linked to larger land struggles in the country’s history, adding that a moratorium on evictions only delays the real issues of the housing crisis.

“We should cancel rent outright as this pandemic rages,” she wrote, "and we should work toward a world where landlords no longer hold this sort of power over people’s lives.”

She added that the housing movement should be based on “a rejection of the construct that any one person should own this earth’s land.”

Universal basic income, universal health care, rent cancellation, the defunding of the police and other similar ideas have gained traction recently, especially amid the pandemic and the nationwide anti-police brutality protests.