Democratic Dallas Mayor Eric Johnson claimed Wednesday that racism exists in the Democratic Party and likened it to an “800 lb gorilla in the room” that everyone pretends doesn’t exist.

“I’m confused and a little disturbed by the reasoning here,” Johnson tweeted in a response to a statement from Matthew Dowd, who dropped out of the race for Texas lieutenant governor earlier this week to allow for a more “diverse” field.

“Campaigns are precisely for the purpose of selecting the BEST candidate,” Johnson continued. “It seems my friend is saying that Democratic primary voters are incapable of nominating women and minorities if there is a white man on the ballot?”

“If this is in fact the case then shame on the Democratic primary voters who are incapable of voting for women and minority candidates if presented with a white male alternative. But for white male candidates to stop running as Democrats to ‘give us a chance’ feels wrong to me,” Johnson added.

“The problem is NOT white men running for office. The problem is the 800 lb gorilla in the room, which is the racism within the Democratic Party that many pretend doesn’t exist. So the solution isn’t folks like Dowd ‘yielding’ to candidates of color. It’s addressing the racism,” he added.

Matthew Dowd ended his campaign for lieutenant governor of Texas on Tuesday after the Democratic primary field he was running in became more diverse.

“A diverse field is now emerging in the Democratic primary for this office,” Dowd said in a statement. “I do not want to be the one who stands in the way of the greater diversity we need in politics.”

When he decided to run for lieutenant governor in September, his only opponent “was a white male Christian,” he explained in his statement. 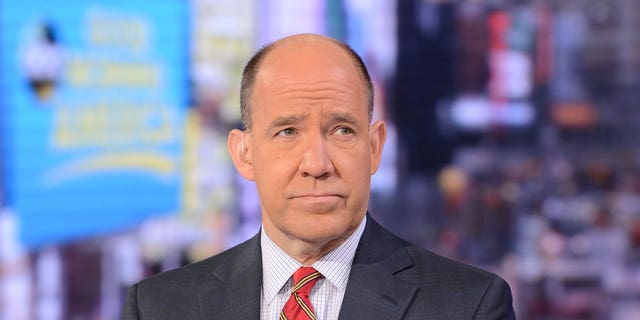 Dowd made the decision to run two years after penning an op-ed for ABC News arguing that “white male Christians” should step aside to make way for more diverse candidates.

“Instead of waiting for the diverse population of America to keep pushing and prodding, I would humbly suggest that we as white male Christians take it upon ourselves to step back and give more people who don’t look like us access to the levers of power,” Dowd wrote at the time.

“We as white male Christians should do what real leadership demands and practice a level of humility which demonstrates strength by stepping back from the center of the room and begin to give up our seats at the table,” he added.