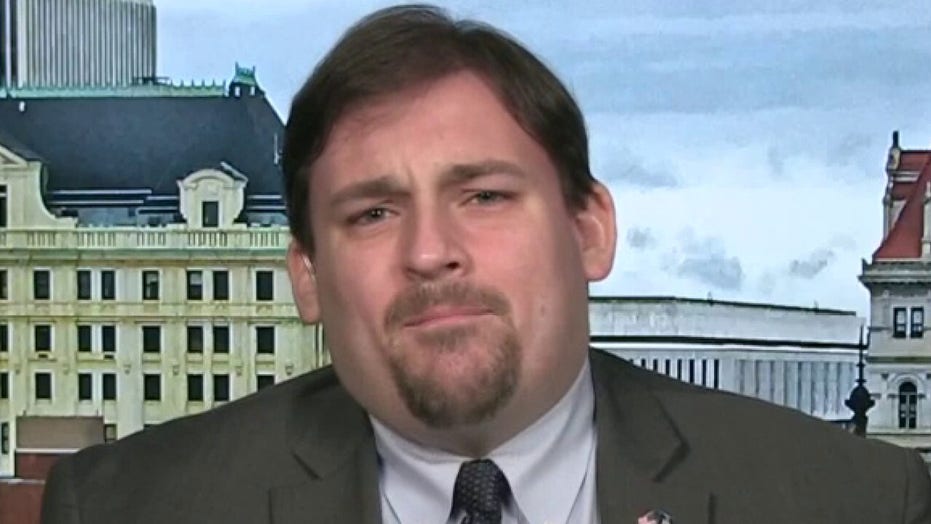 NY State Assemblyman on Cuomo: ‘It’s time for us to pursue impeachment’

“A number of us have supported a recall measure in the state of New York … and it’s no surprise to any of us that the governor is not entertaining calls for his resignation, but that’s where we, as a separately elected, separate arm of state government, must act,” Smith told host Harris Faulkner. “It’s time for us to pursue impeachment.”

Cuomo apologized Wednesday for his past behavior following allegations of sexual harassment and inappropriate behavior by three women. The governor told reporters during a news conference that he is “embarrassed” by his actions and will cooperate with New York Attorney General Letitia James’ investigation of his conduct.

“I now understand that I acted in a way that made people feel uncomfortable. It was unintentional and I truly and deeply apologize for it,” Cuomo said. “I feel awful about it and frankly I am embarrassed by it.” 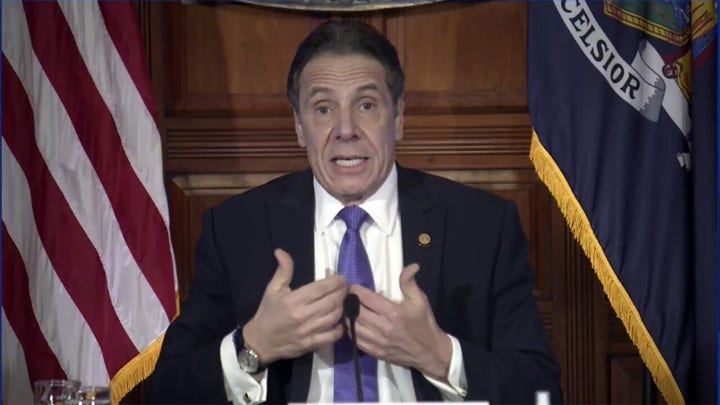 CUOMO APOLOGIZES BUT WON’T RESIGN AS HE DENIES TOUCHING ANYONE ‘INAPPROPRIATELY’: ‘I AM EMBARRASSED’

Cuomo went on to say that he “never knew at the time I was making anyone feel uncomfortable,” that he has “learned an important lesson,” and “will be the better for this experience.”

“I don’t think he’ll be getting an Emmy for that performance,” Smith remarked Thursday. “And I think New Yorkers like [Fox News senior meteorologist] Janice Dean are still waiting for their apology [for the nursing home scandal].”

The lawmaker added that members of both parties are “are furious” at Cuomo.

“I speak with my colleagues on both sides of the aisle and [they’re] saying that right now, it is impossible for us to do the people’s work and do the business that we were elected [to do] for 19.5 million New Yorkers,” Smith said. “When we talk about those nursing home fatalities, Madison Square Garden can hold how many New Yorkers lost their lives in nursing homes. And that’s in part due to state government’s incompetence with that March 25th order.”

“[Democrat Assmblyman and Cuomo critic] Ron Kim … is actually the chair of a committee [Committee on Aging]. He has the power to subpoena witnesses, compel testimony and investigate what has happened with this nursing home situation. And the governor intimidated him, or attempted to,” Smith claimed. “So for me, that’s a crime and that’s what I would support impeachment for. I do encourage these women to continue to share their stories, and for more to come forward, please. We want to hear what you have to say.”