It may have been a prolonged wait for the Victorian government to finally kick off a royal commission into Melbourne’s Crown casino, but the inquiry’s public hearings, which began last week, took little time to expose serious concerns about how the business operated.

On day one, the commission, led by Ray Finkelstein, QC, was told that a compliance officer at Victoria’s gambling regulator believed the casino group lied to him while he tried to investigate how and why 19 of its staff were arrested in China in 2016. 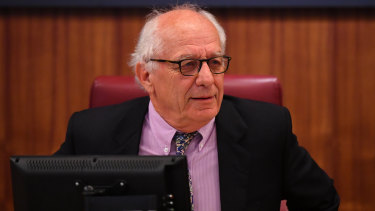 Compliance officer Timothy Bryant said the regulator ordered Crown to produce documents relevant to the arrests and interviewed senior Crown executives, who denied there had been warning signs its staff were at risk. Mr Bryant said it became clear those denials were fabricated as he obtained more documents from Crown, often only after they had been produced for a shareholder class action, and as evidence in last year’s damning NSW Bergin inquiry into Crown.

It did not get much better on day two.

The regulator’s licensing manager, Jason Cremona, revealed that Crown Resorts’ former top legal officer had threatened to call Victoria’s gaming minister to complain that the watchdog was pushing it to adopt stronger measures to guard against money laundering. Mr Cremona asserted that the casino responded “pretty aggressively” to a 2019 letter raising concerns it had failed to act on a key recommendation from its 2018 licence review.

As the hearings continued, so did the revelations.

Deloitte partner Murray Lawson claimed that Crown, which had hired the company to conduct an independent review of its handling of junket operators, withheld key documents from its investigation. Despite Dr Lawson and Deloitte being engaged by Crown in the midst of the NSW inquiry as a means of showing state regulators Crown was serious about changing its policies, reports that had been written by the group’s recently departed head of anti-money laundering were said to have been withheld.

While these are all still allegations, it does appear to reflect a company that was willing to act with brazenness in its attempts to hide the truth, even while facing a litany of serious accusations over its governance practices.

And while Crown has, in recent times, been more candid about its shortcomings, it is not the only entity under pressure. During the royal commission into Crown’s casino in Perth, which also recently began public hearings, the shortcomings of Western Australia’s gaming watchdog were also laid bare.

It was revealed that WA’s Gaming and Wagering Commission had no dedicated staff, no office, no printers or phones. Western Australia also has no dedicated casino inspectors. Those tasked with the job are also required to monitor other gaming, racing and liquor matters.

The regulator’s deputy director-general, Michael Connolly, who until recently was the state’s chief casino officer, was questioned at length about his close friendships with members of Crown Perth’s legal and compliance team, conceding there were regular dinners and fishing trips together.

For years, state governments on both sides of the aisle have assured the public that the gaming industry is vigorously monitored and regulated. Inquiries spanning three states are systematically showing what a sham that was. Crown was a casino cowboy willing to push the envelope of the law in the name of higher profits, and state regulators were incapable or unwilling to crack down on it as governments collected the cream from those takings.

In the coming weeks, there may be further revelations that will undermine the assurances from Crown that it is committed to mending its ways. With its past very much on show, its future has never looked so parlous.

Note from the Editor

The Age’s editor Gay Alcorn writes an exclusive newsletter for subscribers on the week’s most important stories and issues. Sign up here to receive it every Friday.