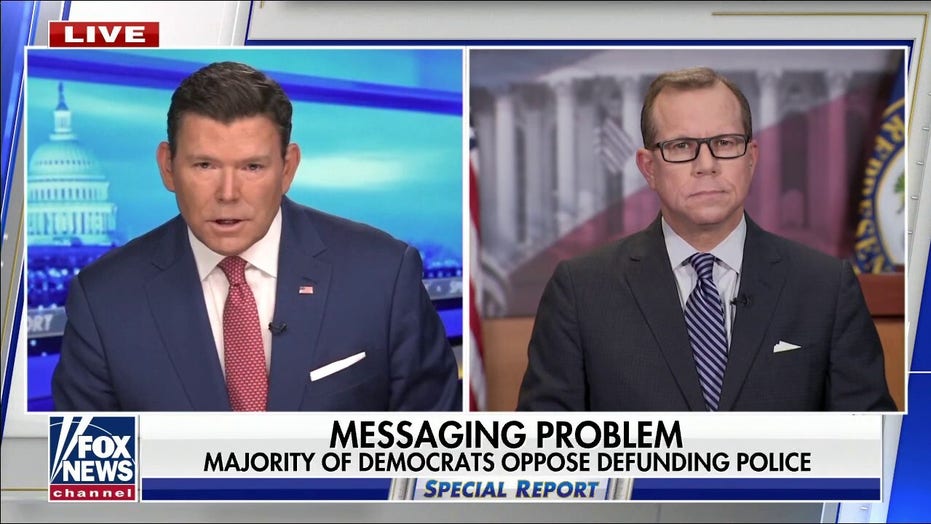 Congressional correspondent Chad Pergram reports on divide within the Democratic party over defunding the police.

A fired-up Sen. Cory Booker praised GOP Sen. Tommy Tuberville for forcing a vote Tuesday in the Senate on defunding the police, saying he wanted to “hug” his GOP colleague for putting to rest “scurrilous” accusations that Senate Democrats want to strip law enforcement of money.

Tuberville, R-Ala., authored an amendment to Democrats’ $3.5 trillion budget resolution that would decrease federal funds to localities that defund the police. In teeing up the politically charged vote, Tuberville said in a floor speech that “opposing my amendment is a vote in support of defunding the police and against the men and women in blue.”

If the intent was to get Democrats to vote against the measure to make a point that liberals want to defund the police, Booker said he was “excited” to squash that opportunity.

“This senator has given us the gift that finally, once and for all, we can put to bed this scurrilous accusation that somebody in this great esteemed body would want to defund the police,” an overly animated Booker, D-N.J., said Tuesday night from the Senate floor. 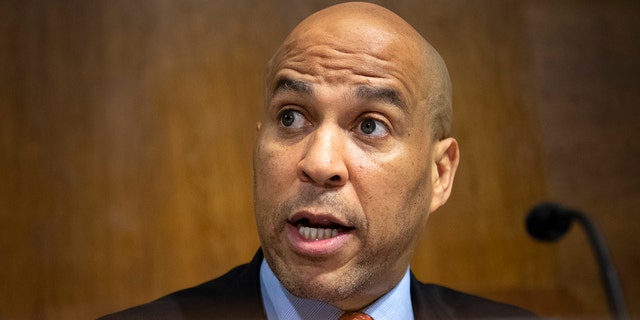 Booker encouraged all of his colleagues to not walk, but “sashay” down to the well of the Senate to vote in favor of Tuberville’s amendment to “put to rest the lies” that Senate Democrats want to defund law enforcement.

“This is a gift,” Booker said. “If it wasn’t complete abdication of Senate procedures and esteem I would walk over there and hug my colleague from Alabama!”

In the end, all Democrats voted in favor of Tuberville’s effort, which passed unanimously Tuesday night in a 99-0 vote. The amendment was among 47 votes the Senate took overnight as part of a so-called “vote-a-rama” to the $3.5 trillion budget package. The overall budget plan passed with Democrat-only support early Wednesday morning and now heads to the House for consideration.

Heading into the 2022 midterm elections, Republicans believe pro-law-and-order messaging will resonate with voters amid rising crime rates in certain cities and far-left calls to defund the police. Fox News polling in April found that defunding the police is unpopular. By a nearly 2-1 margin, 62-33%, registered voters disagree with reducing police funding and moving it to other areas, the poll found.

While President Biden and many mainstream Democrats have advocated for more police funding – not less – there’s a progressive wing of the Democratic Party that has embraced the defund the police movement as a way to combat police brutality against people of color.

Rep. Cori Bush, a Black Lives Matter activist prior to being elected to Congress in November, created headaches for mainstream Democrats when she admitted in an interview earlier this month that she pays for private security for herself but wants police departments that protect the broader public to be defunded.

“I’m going to make sure I have security because I know I have had attempts on my life and I have too much work to do,” Bush, D-Mo., told CBS News when asked about the $70,000 she pays for private security. “There are too many people that need help right now for me to allow that.”

The new Squad member added: “So suck it up and defunding the police has to happen. We need to defund the police and put that money into social safety nets because we’re trying to save lives.”