Millions of Americans have jobs that put them at a higher risk of coming in contact with coronavirus as it spreads. Yet there is no federal regulation to protect people from airborne infectious diseases in the workplace, giving safety officials little power to make sure employers aren’t endangering their workers.

The lack of such a standard has alarmed workplace safety advocates as the number of cases continues to grow, reaching at least 118 on Tuesday. Their concern is great enough that some of the country’s largest unions are expected to call on the Occupational Safety and Health Administration to implement a temporary, “emergency” standard for infectious disease during the outbreak, to protect everyone from nurses and home health aides to bus drivers and retail workers.

According to a draft petition obtained by HuffPost, unions within the AFL-CIO labor federation are asking for a comprehensive plan covering protective equipment, vaccinations, hazard training, medical surveillance for high-risk workers, and a written control plan. They are addressing their concerns to Eugene Scalia, the head of the Labor Department, which includes OSHA.

The union officials note that various federal agencies have issued their own guidance on how to handle the coronavirus, but some protections are stronger than others and employers lack “clarity and consistency” on where to turn.

“OSHA is the clear choice to issue direct, protective requirements, as their core legislative mandate is to ensure the safety and health of America’s workforce,” the draft letter states. “OSHA must move expeditiously.”

An OSHA spokesperson did not immediately respond to a request for comment. 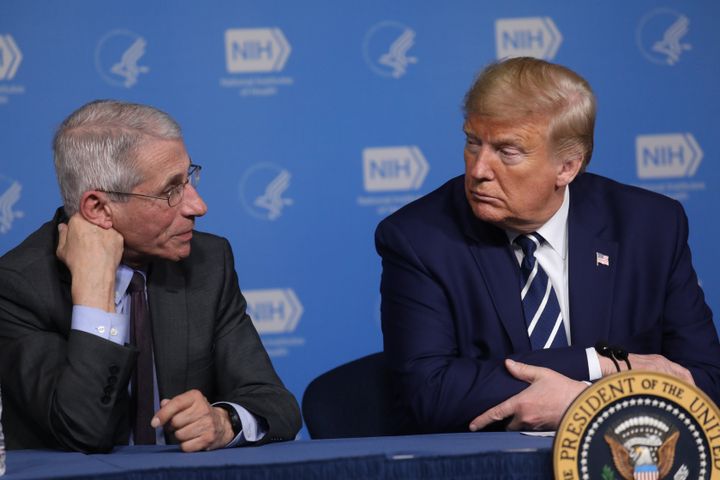 Whether to issue such an emergency standard would ultimately be a decision made by political leaders. Scalia was nominated for his post by President Donald Trump and confirmed by the GOP-controlled Senate. Three years into his tenure, the president still has not put anyone in charge of running OSHA.

The odds for quickly implementing such a standard don’t appear to be great. The Trump administration has been far more likely to repeal regulations on employers rather than add new ones, and the president has worked hard to downplay concerns over coronavirus as the stock markets plunged. He has lowballed the number of infections as they have become public, and said the virus will probably ”go away” in the spring, even though experts aren’t sure that will happen.

In their draft petition, union leaders estimate that 19 million workers would be at an “elevated risk” for contracting the virus if the outbreak becomes widespread, “a significant portion of whom could become infected and die.”

Some of the earliest people to develop COVID-19, the disease caused by coronavirus, in China were health care workers and doctors on the front lines of the possible pandemic. Health officials in Washington state announced Tuesday that one of seven new cases included a worker at the nursing facility that has been a focal point of the outbreak in the U.S. Nurses and other workers in Washington and California are already under a two-week quarantine due to the strong possibility they were exposed to the virus.

“These are the workers who answer the call when an outbreak occurs,” union officials state in their letter. “OSHA has the obligation to ensure the health and safety of all working people, particularly from an infectious disease such as this.”

Many companies are limiting travel and expanding telework opportunities to reduce the likelihood that employees will be infected. But many workers don’t have the luxury of working remotely or even taking paid sick days. In addition to health care personnel, all kinds of workers in the service sector could come in contact with the virus in the course of their jobs, from front-line retail employees to Uber and Lyft drivers.

As of Wednesday, OSHA was devoting its homepage to resources on COVID-19 and referring workers and employers to updates from the Centers for Disease Control and Prevention. But its scant roundup of advice on responding to coronavirus in the workplace underscored the limits of its current regulatory power.

The agency simply referred to standards on protective equipment like gloves and face protection, as well as the vague “general duty” clause, which states that employers have a general responsibility to provide a safe workplace.

OSHA does have a standard for protecting workers from bloodborne pathogens, but as OSHA notes, that regulation “typically [does] not include respiratory secretions that may transmit COVID-19.”

David Michaels, who led OSHA under former President Barack Obama, has said that issuing emergency standards through the agency is one way Trump could protect workers amid an outbreak. In a piece in The Atlantic, Michaels noted that while the CDC can issue infection-control guidelines at a time like this, OSHA has the regulatory power to make sure hospitals and other employers actually implement them.

In the way that OSHA responded to the AIDS epidemic with its bloodborne pathogens regulation, Michaels said the agency could do the same now with an infectious disease standard. Agency officials had even completed a draft by the time Trump took office, he said.

“There is still time ― perhaps not much ― for this planning and preparation to occur,” Michaels wrote. “President Trump must abandon his anti-regulatory fervor and use OSHA to help protect us all.”