Text messages and group chats have become a hotbed of misinformation about the coronavirus outbreak.

In New York City, false information spread through text messages and group chats about claims that the city was going into quarantine, that the New York Police Department planned containment operations or that the subways were shutting down. One city official told HuffPost they received about 10 calls or texts from family and friends either forwarding the false information or urgently trying to clarify what they’d seen in messages.

None of it was true, but the claims were widespread enough that city officials and Mayor Bill de Blasio had to publicly refute them.

A similar misinformation campaign spread nationwide in recent days with texts falsely claiming that President Donald Trump was preparing to use a law known as the Stafford Act to implement a nationwide quarantine. The texts were not true, and such an order would likely be unconstitutional. But like the New York texts, lawmakers and agencies such as the National Security Council ultimately had to put out statements refuting the claims.

The wave of bogus messages about coronavirus isn’t just an American problem either. Researchers say they’ve seen the same type of rumors proliferating in countries around the world. Misinformation about liquor stores closing and changing visa requirements in Canada, army deployments in Ireland and Hungary’s capital being put on lockdown all circulated to the point where officials had to step in to debunk the claims.

There are scenarios in which this coronavirus misinformation could lead to dangerous real-world actions. If they aren’t countered fast enough, rumors of medical and food shortages could instill panic or violence. A false text about capital controls or financial collapse could mean people take rapid action to protect their savings.

“We’ve made some jokes about toilet roll shortages, but I think we don’t know what it looks like if people start sharing rumors that make people take action because they’re terrified,” said Claire Wardle, co-founder of First Draft News, an organization that monitors misinformation.

Many of the false text messages followed a similar form. Often the misinformation references someone in a position of authority as the provider of the information ― texts have cited the CIA, “military friends” and even Michael Bloomberg’s daughter as their source. Some were simply copy-and-pastes of texts that were then forwarded, while other times people have messaged friends in their own words with the rumors.

Although it’s extremely difficult to find the original source of misinformation and whether it is being spread maliciously, misinformation researchers don’t believe the texts are necessarily the result of an intentional disinformation campaign or a foreign actor trying to sow discord. Instead, the coronavirus has created an ideal situation for misinformation to spread among the public and may not be coordinated. The outbreak is an incredibly fast-moving event, which journalists are racing to keep up with while governments issued only intermittent updates and drastic measures to contain the virus give a sense that anything is possible.

The result is a fearful public that is turning to those closest to them with information they hope will give warning or preparation time, and even people with good news judgment who would normally be credible sources may share sketchy messages if they believe they might give loved ones an advantage. That the texts come directly from friends and family make them more believable than if a stranger posts them online.

“We’ve always known that people share things when they’re trying to be helpful and protect one another. That’s why misinformation spreads,” Wardle said. 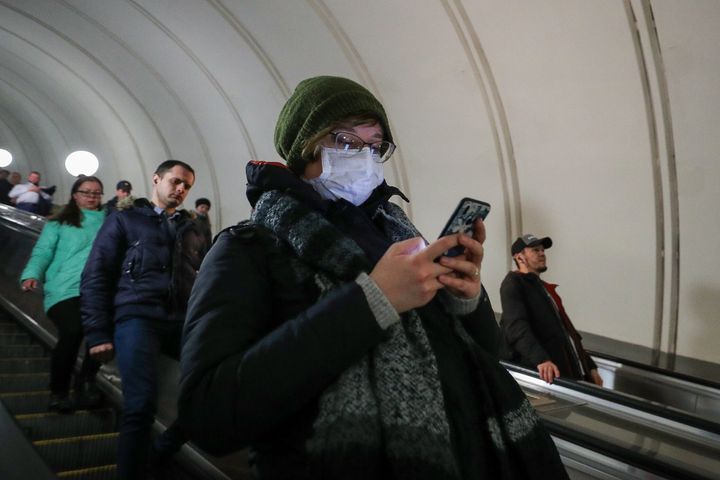 Rumors through texts and messaging apps create unique problems for stopping misinformation compared with falsehoods on social media. Facebook and Twitter have been more proactive than usual about removing coronavirus falsehoods from their platforms, and, though far from perfect, they are at least able to moderate the content people are sharing. There’s no regulation of what people text each other or share on encrypted messaging apps for good reason, but it makes it harder to stop viral hoaxes or even know when misinformation is being shared until it reaches a wide enough audience to cause alarm.

The offline consequences of false information around coronavirus have already played out dramatically in Ukraine, where BuzzFeed reported that a disinformation campaign led to riots that tore apart a small town. Residents of Novi Sanzhary, believing false information on a messaging app about coronavirus patients being bused to their town, set fire to barricades and violently clashed with riot police.

The Ukraine rumor wasn’t conjured out of thin air ― there was indeed a group of evacuees heading for the town for quarantine, but they had all been tested and found negative for the virus. The kernel of truth to the messages allowed the disinformation to seem rooted in some reality, which is another reason why false rumors are gaining ground: At a time when unprecedented policies are being issued around the world, many of the rumors seem hard to distinguish from real actions being considered to stop the virus.

“A lot of the things that are taking off like wildfire are not a million miles away from where we think we might be in a couple of days anyway,” Wardle said. “We’re much more likely to believe it because things are so scary and things change so quickly, it’s not out of bounds to think it might happen.”