He took on Big Bird and the fowl’s advocacy for the COVID-19 vaccine.

Cruz tweeted that Big Bird’s effort to encourage kids to get vaccinated was “Government propaganda…for your 5 year old!” 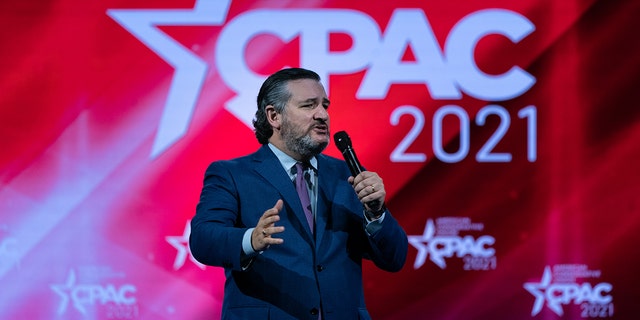 Rep. Chip Roy, R-Texas, blasted “the government, in its infinite wisdom” for “propaganda.” Roy argued the government was trying to portray children as “superheroes” for getting vaccinated.

“The American people are waking up to what bureaucrats are doing every single day. Undermining our freedoms and using PBS as the the long arm of the government,” declared Roy on Fox.

Big Bird prompted a rebuke from the right after touting that he got vaccinated in a tweet.

“I got the Covid-19 vaccine today! My wing is feeling a little sore, but it’ll give my body an extra protective boost that keeps me and others healthy,” tweeted Big Bird.

“Getting vaccinated is the best way to keep your whole neighborhood safe,” tweeted Biden. 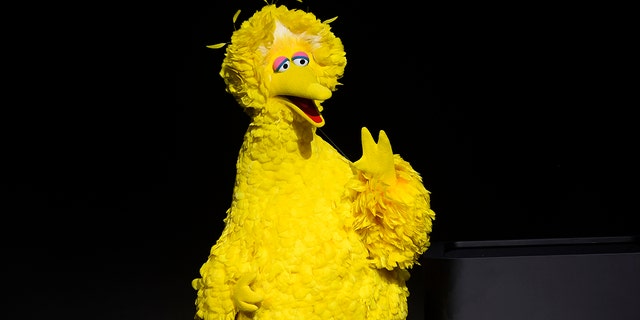 An actor dressed as Sesame Street character Big Bird speaks during an Apple Inc. event at the Steve Jobs Theater in Cupertino, California, in 2019.
(David Paul Morris/Bloomberg via Getty Images)

Former Secretary of State Hillary Clinton then sent a tweet about Bird Bird teaching “children things. Like how to stay healthy.” Clinton included in her tweet a photo of her posing with Big Bird.

“Captured in the wild, rare image of Big Bird and Oscar the Grouch,” Cruz tweeted.

Conservatives have long had a fraught relationship with public broadcasting. And in particular, they’ve taken on Big Bird, Cookie Monster and Bert and Ernie over the years – without much success.

However, Republicans may be onto something now as debates simmer over vaccine mandates. But previous forays onto Sesame Street haven’t gone well for the GOP.

“I’m going to stop the subsidy to PBS,” warned Sen. Mitt Romney, R-Utah, as the Republican presidential nominee during an October 2012 debate with President Obama.

The late Jim Lehrer of the PBS “NewsHour” moderated the debate.

“I like PBS. I love Big Bird. I actually like you, too,” Romney said to Lehrer. “But I’m not going to keep on sending money on things to borrow from China to pay for it.”

Romney’s remark about Big Bird was the most-remembered and watched moment of that particular presidential debate.

Obama then criticized his rival for targeting Sesame Street and not Wall Street.

Romney didn’t make it to the White House. 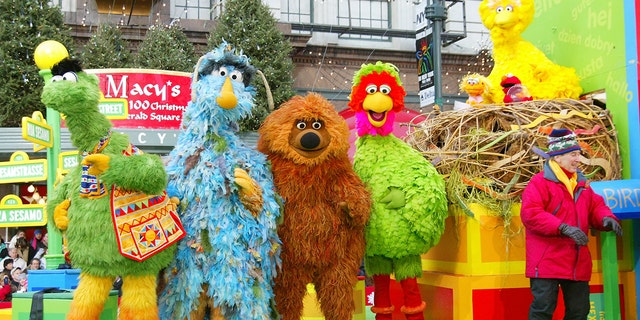 But Romney’s effort to clip Big Bird’s wings paled in comparison to what congressional Republicans had in mind when they seized control of the House and Senate in 1995. House Speaker Newt Gingrich, R-Ga., intended to zero out funding for the Corporation for Public Broadcasting (CPB). Eliminating CPB money wasn’t one of the 10 provisions in the GOP’s “Contract with America.” But public broadcasting was one of the main components of what congressional Republicans viewed as largesse.

Check out this verbiage from Gingrich in January 1995 and contrast it to language used in present day by Cruz and Roy.

“They are simply enclaves of the left using your money to propagandize your children against your values,” said Gingrich at the time.

Gingrich called public broadcasting a “sandbox for the rich.”

“Public broadcasting is clearly going to lose some, if not all, of its federal money,” said Carlson.

Who did the CPB summon to salvage public broadcasting? None other than Big Bird. Elmo. Bert and Ernie. Kermit the Frog. These Muppets all appeared at a hearing of the House Appropriations Committee in mid-January 1995.

“I can truthfully say he decked me,” said Livingston.

The Republican narrative about a “sandbox for the rich” just couldn’t compete with furry Muppets.

CRUZ CALLS 2021 ELECTIONS ‘ENORMOUSLY CONSEQUENTIAL,’ DOES NOT RULE OUT 2024 RUN

Republicans tried again to eliminate public broadcasting in 2010, shortly before the party won control in the midterms that year. Then House Minority Whip Eric Cantor, R-Va., tried to bring a measure to the floor to specifically slash money devoted to NPR.

Congress appropriates a batch of money each year to the CPB, a private, nonprofit entity, which provides money to public broadcasters and public broadcasting outlets. Barely a fraction of that money goes directly to NPR and PBS, even if indirectly. Neither PBS nor NPR are government agencies. They are independent organizations which came into being after Congress approved the Public Broadcasting Act of 1967. It was part of President Lyndon Johnson’s “Great Society” program.

“We want most of all to enrich man’s spirit,” said Johnson. “That is the purpose of this act. It will give a wider and I think stronger voice to education radio and television by providing new funds for broadcast facilities.”

A good chunk of CPB’s federal dollars goes directly to NPR and PBS stations – separate from those organizations themselves. CPB devotes other money to cover the cost of various initiatives, such as programs and documentaries. Some stations use their federal CPB funds to “buy” programs from NPR or PBS.

CPB funding has been stagnant at $445 million since Fiscal Year 2015.

Slashing funding for the CPB hasn’t been part of this debate yet. But Republicans may have figured out a way to project their disdain for public broadcasting into a politically charged issue like vaccines for kids. It’s one thing to talk about “budgets” and “numbers” for public broadcasting. But honing in on “propaganda” as Cruz and Roy have done could have more resonance.

It’s unclear if this will impact the annual appropriation for the CPB right now. The government is operating on a temporary spending measure through early December. Another stopgap plan is in the works for then. By their nature, these interim spending bills simply maintain all old spending at current levels. Moreover, Democrats control the House, the Senate and the White House. So CPB money isn’t going anywhere any time soon.

And that means that the GOP will continue to have a foil in the future. Big Bird. Bert and Ernie. Oscar the Grouch. They aren’t going away just yet. That means, if history is our guide, Republicans may come after these Sesame Street characters again in the future.